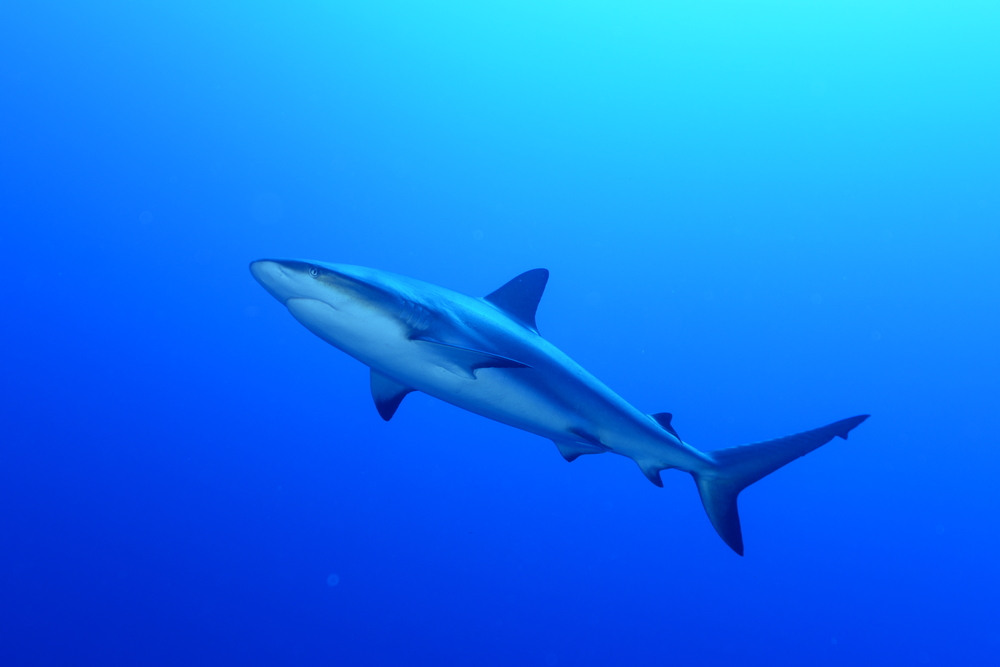 A new study using satellite tracking by researchers from Nova Southeastern University’s Guy Harvey Research Institute (GHRI), the University of Rhode Island and other colleagues shows that the fishing mortality rate of the shortfin mako in the western North Atlantic is considerably higher than previously estimated from catches reported by fishermen. These data suggest that this major ocean apex predator is experiencing overfishing, raising serious concerns about whether the current levels of fishery catches in the North Atlantic are sustainable.

The new study has been published in the Journal Proceedings of the Royal Society B.

“Traditionally, the data obtained to determine the rate of fishing mortality, a key parameter used to help gauge the health of shark stocks, has depended largely on fishermen self-reporting any mako sharks they may have caught,” said Mahmood Shivji, Ph.D., senior author of the study and director of the NSU’s GHRI. “The challenge is that not all fishermen report the same way or some may underreport or even not report their mako shark captures at all, so the these catch data are known to be of questionable reliability.”

Shivji said that near real-time tracking of mako sharks using satellite tags and directly seeing how many were captured allowed researchers to bypass the dependency on self-reporting by fishermen.

“Using satellite tags for makos and possibly other fished species can be a time-efficient way and a fisheries-independent tool for gathering useful fisheries-interaction data, including answering fundamental questions about the levels of fishing survival and mortality,” said Michael Byrne, Ph.D., the paper’s lead author and postdoctoral fellow at NSU’s GHRI when the study was done. “The tracking data also showed these mako sharks entered the management zones of 19 countries, underscoring how critical it is for countries to work together closely to manage and conserve these long-distance oceanic travelers.” When the researchers began to gather, compile, disaggregate and review the data, the results were startling.

An unexpectedly high proportion, 30% of the 40 satellite tagged sharks, were captured in fisheries. After modelling the probability that a mako shark would survive a year without being captured (a 72% chance) and calculating the fishing mortality rates, researchers determined that the rate at which shortfin makos were being killed in fisheries was actually 10 times higher than previously believed.

“From a conservation and protection point of view, this is huge,” said Bradley Wetherbee, Ph.D., a research scientist from the University of Rhode Island’s Department of Biological Sciences and a member of NSU’s GHRI. “It’s vital that we have the most accurate data possible to aid decision-makers in managing marine life populations sustainably. If they have inaccurate information, it’s much more difficult to make the correct decisions for properly managing populations. Everyone wants the populations managed in a sustainable way.”

The tracks of the tagged mako sharks, including the ones captured, can be viewed online on NSU’s GHRI shark tracking website (nova.edu/sharktracking).

Globally, many shark species have seen significant declines in their numbers, with fisheries overexploitation cited as a major cause. This can happen in many ways — some shark species are specifically targeted while others are captured by accident (called bycatch.) No matter how sharks are taken from the world’s oceans, the fact remains that the current levels of removal for many species are unsustainable.

The researchers stress that the work they are doing has the goal of providing the most accurate information possible to those in positions to take action to manage mako and other shark species. They both say that the goal is create successful fisheries management and conservation – to avoid declining populations, and to do that, we must have as much accurate data as possible.

“We have to have sustainable approaches to fishing,” Dr. Shivji said. “Sharks might get a bit of a bad rap in the media, but these apex predators are vital to the overall health of our oceans. You remove them from the equation and, quite honestly, we don’t know how far those ripples will be felt. One thing we do know is it won’t be inconsequential.”