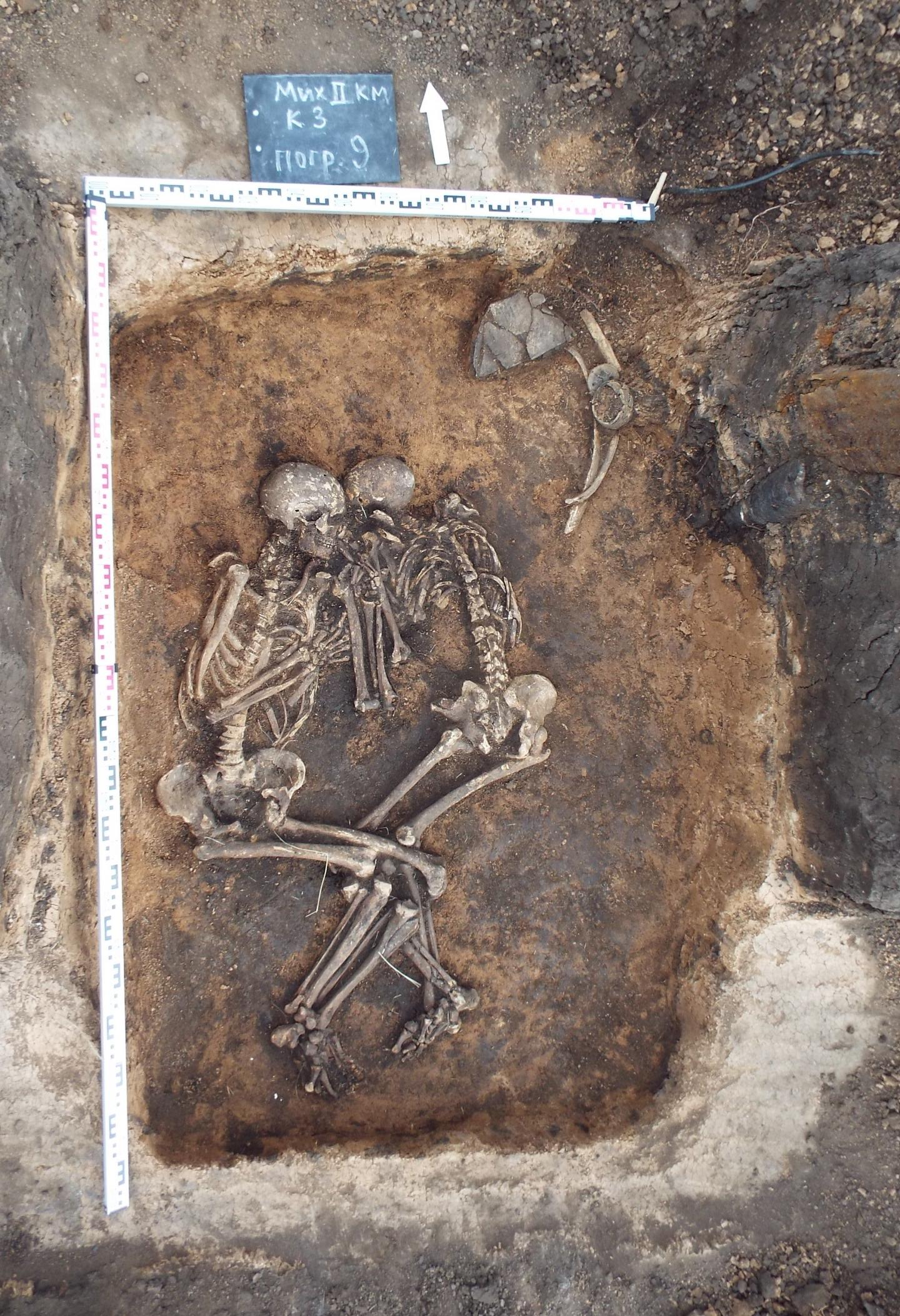 An international team of researchers led by the Max Planck Institute for the Science of Human History has analyzed two 3,800-year-old Y. pestis genomes that suggest a Bronze Age origin for bubonic plague. The strain identified by the researchers was recovered from individuals in a double burial in the Samara region of Russia, who both had the same strain of the bacterium at death. The study, published in the journal Nature Communications, shows that this strain is the oldest sequenced to date that contains the virulence factors considered characteristic of the bubonic plague, and is ancestral to the strains that caused the Justinian Plague, the Black Death and the 19th century plague epidemics in China.

The plague, caused by the bacterium Yersinia pestis, was the cause of some of the world’s deadliest pandemics, including the Justinian Plague, the Black Death, and the major epidemics that swept through China in the late 1800s. The disease continues to affect populations around the world today. Despite its historical and modern significance, the origin and age of the disease are not well understood. In particular, exactly when and where Y. pestisacquired the virulence profile that allows it to colonize and transmit through the flea vector has been unclear.

Recent studies of ancient Y. pestis genomes identified its earliest known variants, dating to the Late Neolithic and Early Bronze Age, but these genomes did not show the genetic signatures thought to make the plague particularly efficient – namely, adaptation to survival in fleas, which act as the main vectors that transmit the disease to mammals. This study aimed to look at more Bronze Age Y. pestis genomes, in order to investigate when and where these important adaptations occurred.

In the study, the researchers analyzed nine individuals from tombs at a site in Russia. Two of the individuals were determined to have been infected with Y. pestis at the time of their deaths. The two were buried together in a single grave and were dated to approximately 3,800 years old. Analysis of the human DNA showed that the individuals were likely from the Samara-region Srubnaya-culture, which matches with the archaeological evidence. “Both individuals appear to have the same strain of Y. pestis,” comments Kirsten Bos of the Max Planck Institute for the Science of Human History. “And this strain has all the genetic components we know of that are needed for the bubonic form of the disease. So plague, with the transmission potential that we know today, has been around for much longer than we thought.”

The researchers used the data collected in combination with previously sequenced Y. pestisstrains to calculate the age of their newly identified lineage at around 4,000 years. This pushes back the proposed age of the bubonic plague by 1,000 years. “Our Y. pestis isolates from around 4,000 years ago possessed all the genetic characteristics required for efficient flea transmission of plague to rodents, humans and other mammals,” states Maria Spyrou of the Max Planck Institute for the Science of Human History, first author of the study.

Although prior studies had identified a single lineage of Y. pestis to be present across Eurasia during the Bronze Age, the current study suggests that there were at least two plague lineages circulating contemporaneously, and that they may have encompassed different transmission and virulence characteristics. “Whether the lineages were equally prevalent in human populations, and the extent to which human activities contributed to their spread, are questions that would need further investigation,” explains senior author Johannes Krause of the Max Planck Institute for the Science of Human History. “Additional Bronze Age and Iron Age plague genomes could help pinpoint key events that contributed to the high virulence and spread of one of humankind’s most notorious pathogens,” he adds.