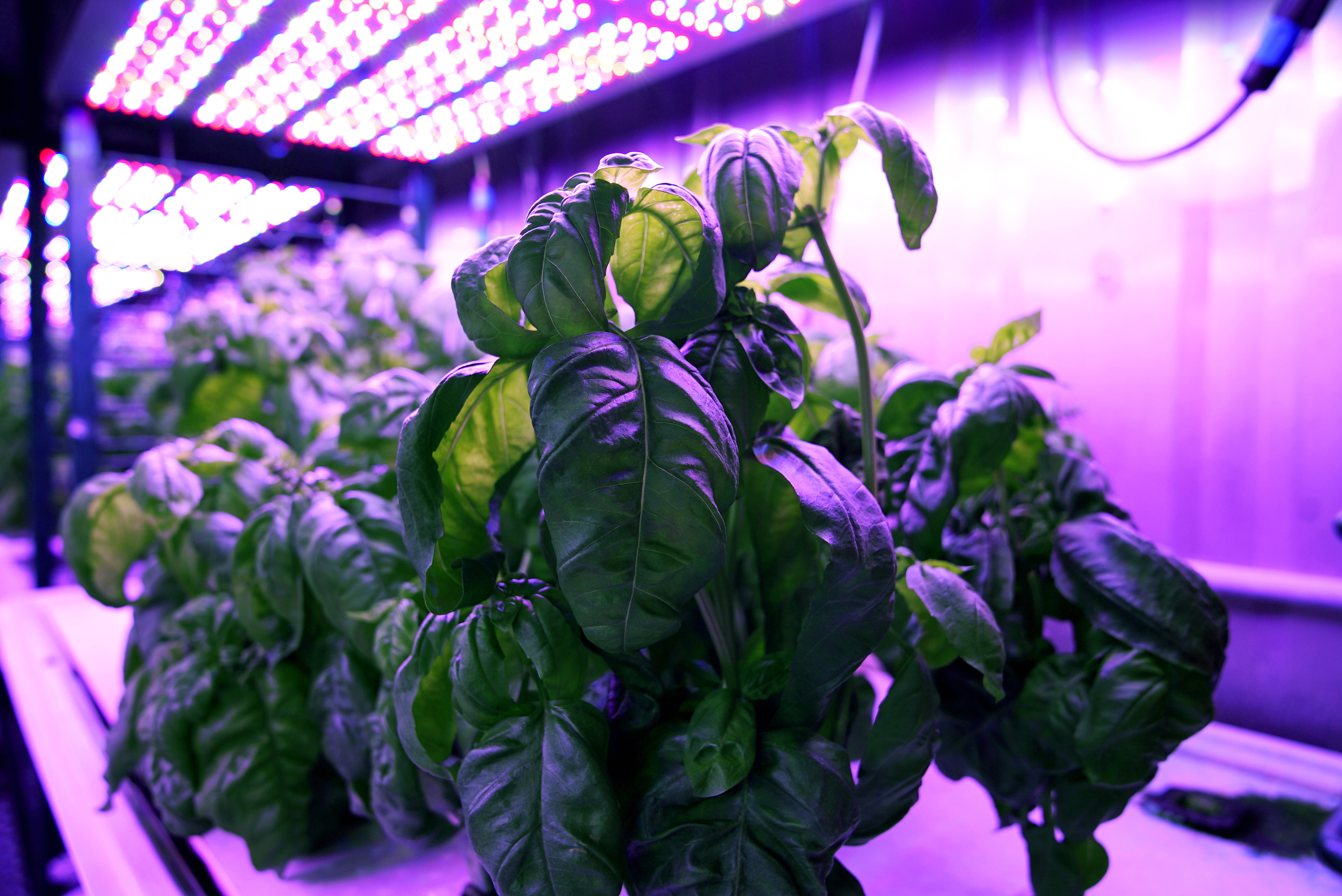 Combining agriculture, computer power, statistical models and chemical analysis, researchers have learned how to maximize the flavor of basil plants, a preliminary step toward optimizing food growth, and open-sourcing the technology to do so. The scientists, from the Open Agriculture (OpenAg) Initiative at the Massachusetts Institute of Technology (MIT), say that “cyber-agriculture” could additionally aid in the production of pharmaceutical plants and other plants used in industry, such as cotton, to increase favorable traits and better adapt crops to the effects of climate change.

“The term ‘cyber-agriculture’ is one we at the Open Agriculture Initiative have coined to encompass a number of controlled-environment agriculture technologies that combine robotic systems of environmental control, precision monitoring of a plant’s response to specific stimuli, and statistical and machine learning models to study and enhance yield and quality of agriculture crops,” said John de la Parra, research lead for the Open Agriculture Initiative, in an exclusive interview with R&D Magazine. “Various other combinations of these technologies have been applied to agricultural questions in academia or industry, but typically that knowledge is not open-source, and not applied in the scalable, modular ways we have developed.”

The OpenAg researchers seek to make the technology and techniques they develop accessible, and available to be further built upon, so that the work can help tackle global issues such as food security and the impact of climate change on agriculture. In a paper published last month, the scientists demonstrated an example of their computerized plant growth optimization with an experiment targeting the flavor molecules in basil plants, specifically looking at how light exposure during growth affects the quantity and concentration of such molecules. In other words, researchers sought to make the most flavorful basil possible by changing the amount of time the plants received light through machine learning.

To do this, the OpenAg team used a version of a MIT-developed machine called a “Food Computer,” which contains trays for plants to be grown, and can be programmed to administer certain types of light at certain times. The machine represents a contained and controlled environment that differs from the open and less predictable environment that typical outdoor crops grow in.

“For the most part, Food Computer technology allows us to preprogram the algorithm so that plant growth is fairly self-sufficient,” de la Parra explained. “All Food Computers have preprogrammed lighting conditions as well as cameras that individually monitor and collect images of each plant within the system. However, the level of self-sufficiency really depends on the specific system—and therefore we typically have a researcher monitoring the growth.”

The plants didn’t need to be watered, as they were grown in a hydroponic system (without soil) , so they were left mostly alone to grow under the conditions programmed. The experiment began with an 18-hour photoperiod chosen by the scientists, meaning the Food Computer’s light panels were on for 18 hours per day and off for six hours per day, and the plants were left in darkness for the latter period. Supplemental UV light was also factored into the experiment and given the same 18-hour photoperiod (control plants did not receive UV light).

After the first round of the experiment was completed, when the basil plants had run out their five-week growth cycle, the plants were measured and leaves from different parts of the plants were retrieved, weighed and analyzed using gas chromatography-mass spectrometry, to determine their levels of volatile molecules, which produce flavor. To maximize the presence of volatile molecules, the researchers used the measurements from the first round to select the light parameters, or “recipe,” for the next round.

This selection was made not by guesswork but by a machine-learning statistical model that estimated the best outcome given the data from the first round. For the second round, the researchers used Voronoi tessellation (CVT) to pick recipes for the non-control plants, while the control plants were kept under the same conditions of an 18-hour photoperiod with zero UV light. When this round was complete, the same chemical analysis was performed, and the third round recipes were selected using another form of machine learning, symbolic regression surrogate models. By the end of the third round, it was revealed that the plants with the longest photoperiod and longest daily exposure to UV light had the highest measurement of volatile chemicals, and much higher levels than the control plants with hand-selected recipes.

The researchers were surprised to find that the ideal recipe to maximize flavor was a 24-hour photoperiod, which typically cannot occur in nature. A less surprising result, however, was the fact that the most flavorful basil plants had the lowest weights, an example of the “dilution effect,” an already-known phenomenon where weight is negatively correlated with desirable chemicals such as volatile molecules (which, in addition to producing flavor, have a number of health benefits).

The authors of the paper say that the experiment demonstrates that cyber-agriculture and technology such as Food Computers can help solve agricultural problems that are time-consuming and difficult to sort out without the aid of automation, machine learning and controlled environments.

“In a controlled environment we can isolate individual variables that may influence plant growth,” de la Parra said. “For instance, in our work with trees we have tested environmental extremes to quickly, efficiently, and inexpensively show that certain cultivated varieties will grow much better in different parts of the world.”

With future work looking at different plant species and other variables such as temperature, nutrients, pH, microbe presence and more, the OpenAg Initiative can further understand the abilities of cyber-agriculture to improve plant qualities such as flavor, nutrients, fiber strength, medical properties, and resilience against environmental conditions. With their goal of making their discoveries openly accessible, the team strives to cultivate more innovation and prepare the world to meet challenges like climate change and over-population.

“An open-source technology like the Food Computer brings many barriers down—it becomes that much easier for people to grow their own food, experiment with cutting edge technology, and be a part of the technological advances in agriculture rather than be subject to them,” de la Parra said. “As more people realize the importance of securing the future of our foods systems, I think there will be a demand to democratize the technologies and the system itself. At OpenAg we want to be ahead of the curve. We are setting the example of how food/agriculture technology can be democratized. We know that it will take as many voices as possible in order to address the challenges ahead.”