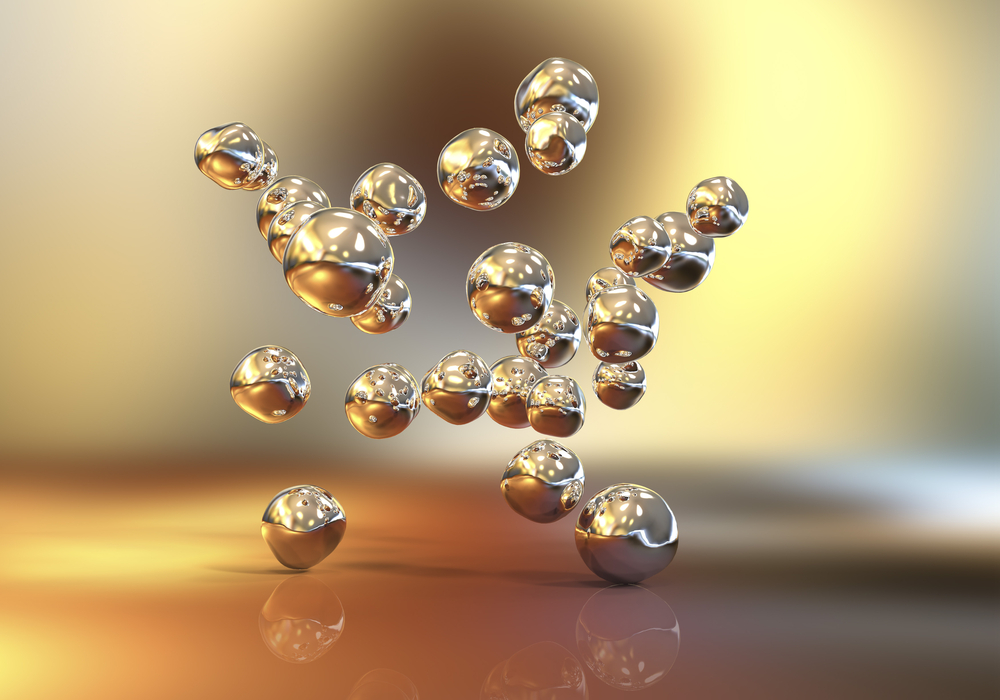 A technique to stabilize alkali metal vapor density using gold nanoparticles, so electrons can be accessed for applications including quantum computing, atom cooling and precision measurements, has been patented by scientists at the University of Bath.

Alkali metal vapors, including lithium, sodium, potassium, rubidium and caesium, allow scientists to access individual electrons, due to the presence of a single electron in the outer "shell" of alkali metals.

This has great potential for a range of applications, including logic operations, storage and sensing in quantum computing, as well as in ultra-precise time measurements with atomic clocks, or in medical diagnostics including cardiograms and encephalograms.

However, a serious technical obstacle has been reliably controlling the pressure of the vapor within an enclosed space, for instance the tube of an optical fiber. The vapor needs to be prevented from sticking to the sides in order to retain its quantum properties, but existing methods to do this, including directly heating vapor containers are slow, costly and impractical at scale.

Scientists from the University of Bath, working with a colleague at the Bulgarian Academy of Sciences, have devised a method of controlling the vapor by coating the interior of containers with nanoscopic gold particles 300,000 times smaller than a pinhead.

When illuminated with green laser light the nanoparticles rapidly absorb and convert the light into heat, warming the vapor and causing it to disperse into the container more than 1,000 times quicker than with other methods. The process is highly reproducible and, in addition, the new nanoparticle coating was found to preserve the quantum states of alkali metal atoms that bounce from it.

The study is published in Nature Communications.

Professor Ventsislav Valev, from the University of Bath's Department of Physics led the research. He said: "We are very excited by this discovery because it has so many applications in current and future technologies. It would be useful in atomic cooling, in atomic clocks, in magnetometry and in ultra-high-resolution spectroscopy.

"Our coating allows fast and reproducible external control of the vapour density and related optical depth, crucial for quantum optics in these confined geometries."

Associate Professor Dimitar Slavov, from the Institute of Electronics in the Bulgarian Academy of Sciences, added "In this proof of principle, it was demonstrated that illuminating our coating significantly outperforms conventional methods and is compatible with standard polymer coatings used to preserve quantum states of single atoms and coherent ensembles."