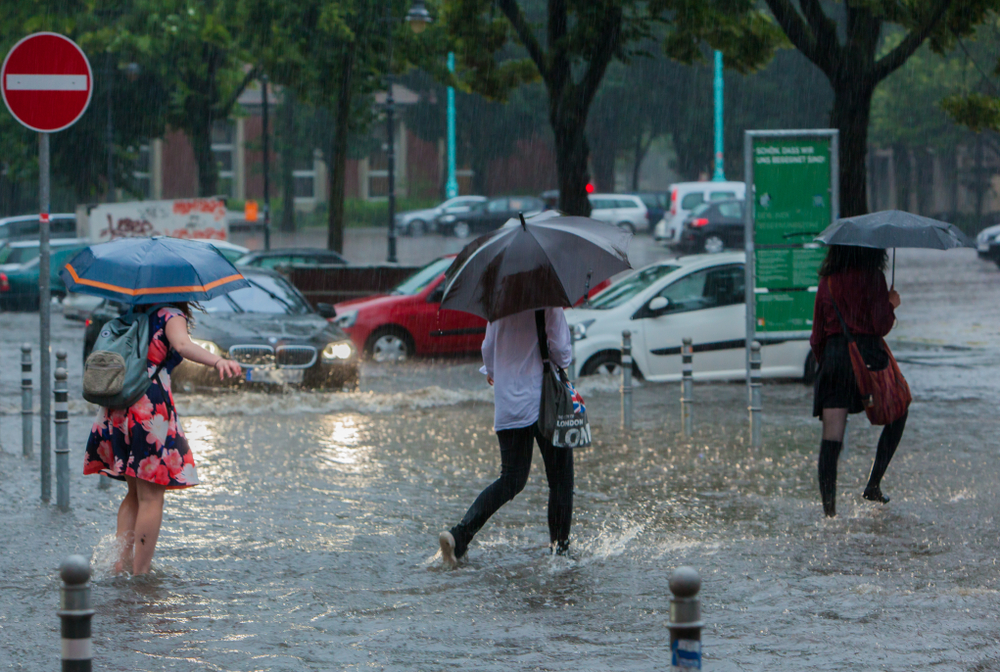 Extreme rainfall events in one city or region are connected to the same kind of events thousands of kilometers away, an international team of experts finds in a study now published in one of the world’s leading scientific journals, Nature. They discovered a global connection pattern of extreme rainfall – this could eventually improve weather forecasts and hence help to limit damages and protect people. Extreme rainfall events are on the rise due to human-caused climate change, which makes the study even more relevant. The researchers developed a new method rooted in complex systems science to analyze satellite data. The revealed extreme rainfall patterns are likely linked to giant airflows known as jetstreams that circle the globe high up in the atmosphere, forming huge waves between the Equator and the Poles.

Links between the Asian Monsoon and events for example in Europe

“For example, extreme events in the South Asian Summer Monsoon are, on average, linked to events in the East Asian, African, European and North American regions. Although rains in Europe do not cause the rain in Pakistan and India, they belong to the same atmospheric wave pattern, with the European rains being triggered first. This should provide a strong test for weather and climate models and gives promise of better predictions.”

By breaking the globe into a grid, the team could see where events occurred and statistically determine their relations – even if the events did not occur at the same time. The researchers could thereby detect so far invisible patterns.

“This frontier interdisciplinary study, combining complex network theory and atmospheric science, yields breakthrough insights in studying extreme rainfall,” says co-author Jürgen Kurths, also from PIK. “Complexity science can hence not only be applied to the spread of epidemics or to opinion formation in social networks, but also to improve our understanding of the atmosphere. Thus our high-end mathematical methods in fact produce results of tremendous practical relevance that can help to keep people safe in the face of climate change and other great challenges of our times.”