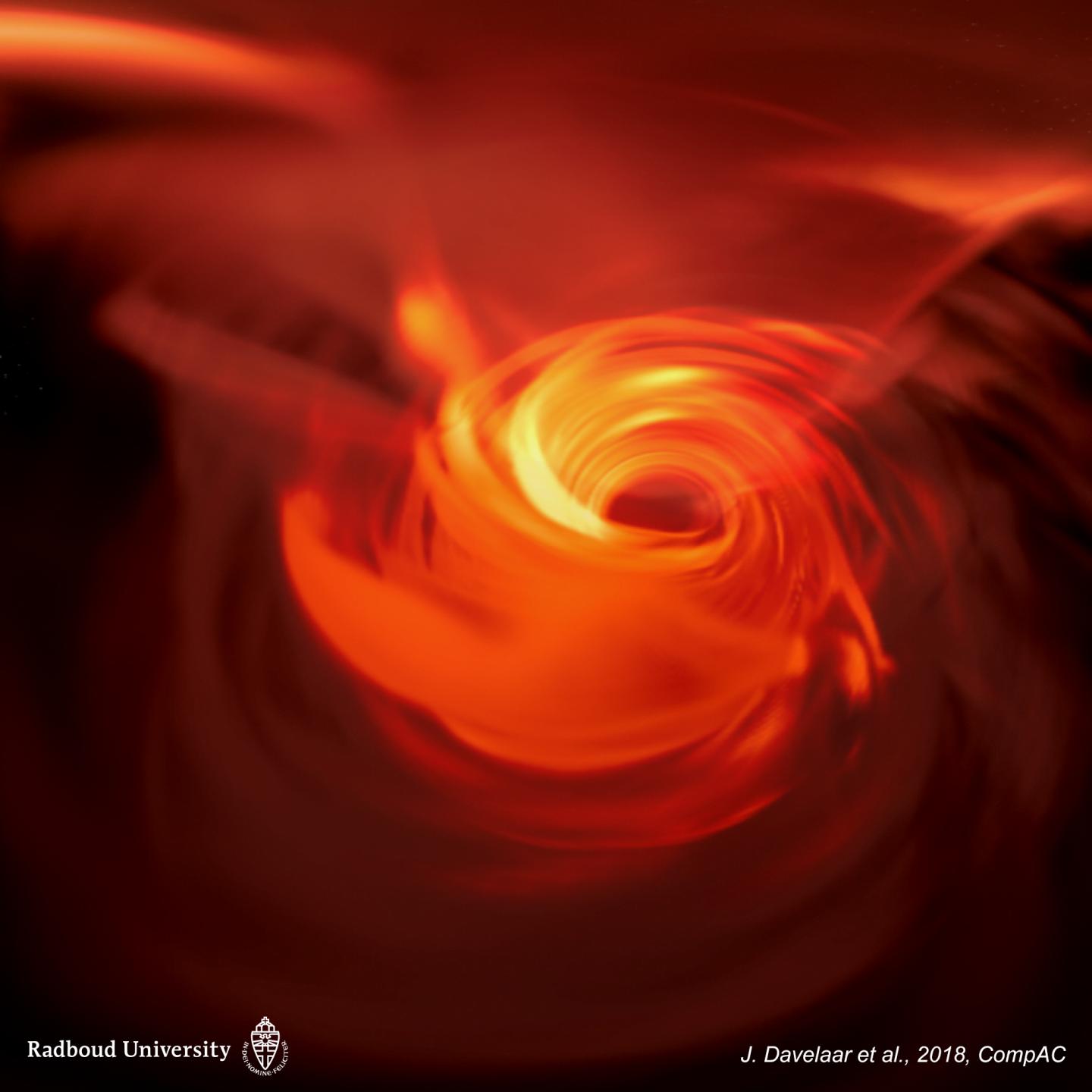 The black hole at the center of our galaxy, Sagittarius A*, has been visualized in virtual reality for the first time. The details are described in an article published in the open access journal Computational Astrophysics and Cosmology. Credit: J.Davelaar 2018

The black hole at the centre of our galaxy, Sagittarius A*, has been visualised in virtual reality for the first time. The details are described in an article published in the open access journal Computational Astrophysics and Cosmology.

Scientists at Radboud University, The Netherlands and Goethe University, Germany used recent astrophysical models of Sagittarius A* to create a series of images that were then put together to create a 360 degree virtual reality simulation of the black hole, that can be viewed on widely available VR consoles. The authors suggest that this virtual reality simulation could be useful for studying black holes.

Jordy Davelaar, corresponding author, said: “Our virtual reality simulation creates one of the most realistic views of the direct surroundings of the black hole and will help us to learn more about how black holes behave. Traveling to a black hole in our lifetime is impossible, so immersive visualizations like this can help us understand more about these systems from where we are.”

The authors also suggest that the virtual reality simulation could help encourage the general public, including children, to take an interest in astrophysics.

Davelaar said: “The visualisations that we produced have a great potential for outreach. We used them to introduce children to the phenomenon of black holes, and they really learned something from it. This suggests that immersive virtual reality visualizations are a great tool to show our work to a broader audience, even when it involves very complicated systems like black holes.”

Heino Falcke, Professor at Radboud University adds: “We all have a picture in our head of how black holes supposedly look, but science has progressed and we can now make much more accurate renderings – and these black holes look quite different from what we are used to. These new visualisations are just the start, more to come in the future.”