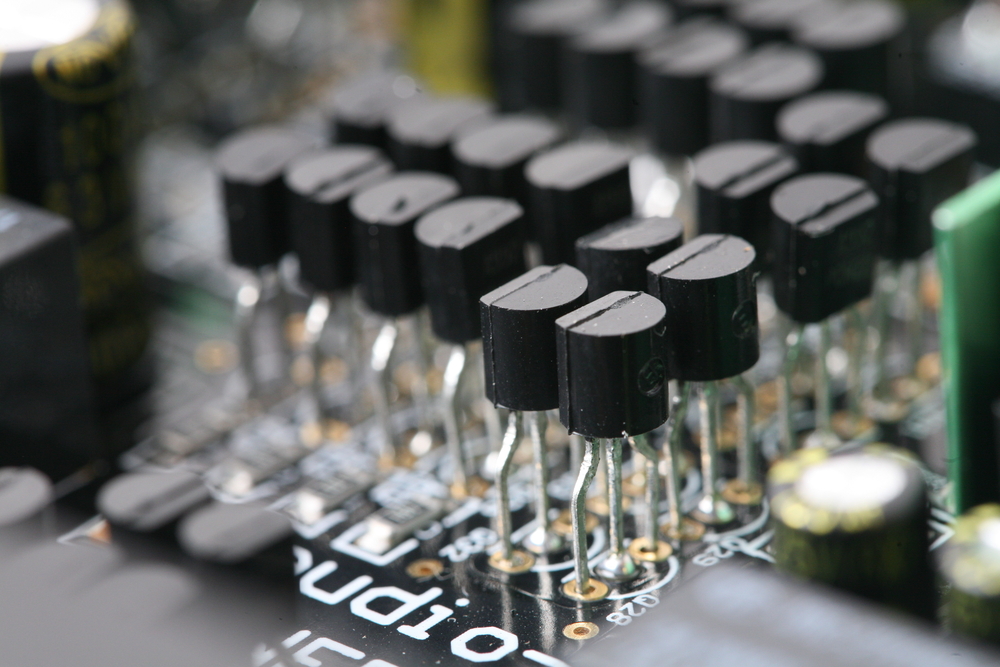 In the quest for faster and more powerful computers and consumer electronics, big advances come in small packages.

The high-performance, silicon-based transistors that control today’s electronic devices have been getting smaller and smaller, allowing those devices to perform faster while consuming less power.

But even silicon has its limits, so researchers at The University of Texas at Dallas and elsewhere are looking for better-performing alternatives.

In a new study published Oct. 7 in the journal Science, UT Dallas engineers and their colleagues describe a novel transistor made with a new combination of materials that is even smaller than the smallest possible silicon-based transistor.

“Silicon transistors are approaching their size limit,” said Dr. Moon Kim, professor of materials science and engineering at UT Dallas and an author of the study. “Our research provides new insight into the feasibility to go beyond the ultimate scaling limit of silicon-based transistor technology.”

“As of today, the best/smallest silicon transistor devices commercially available have a gate length larger than 10 nanometers,” said Kim, the Louis Beecherl Jr. Distinguished Professor in the Erik Jonsson School of Engineering and Computer Science. “The theoretical lower limit for silicon transistors is about 5 nanometers. The device we demonstrate in this article has a gate size of 1 nanometer, about one order of magnitude smaller. It should be possible to reduce the size of a computer chip significantly utilizing this configuration.”

One of the challenges in designing such small transistors is that electrons can randomly tunnel through a gate when the current is supposed to be shut off. Reducing this current leakage is a priority.

“The device we demonstrated shows more than two orders of magnitude reduction in leakage current compared to its silicon counterpart, which results in reduced power consumption,” Kim said. “What this means, for example, is that a cellphone with this technology built in would not have to be recharged as often.”

Instead of using silicon, the researchers built their prototype device with a class of semiconductor materials called transition metal dichalcogenides, or TMDs. Specifically, their experimental device structure used molybdenum disulfide for the channel material and a single-walled carbon nanotube for the gate.

Kim said there are many technical challenges before large-scale manufacturing of the new transistor is practical or even possible.

“Large-scale processing and manufacturing of TMD devices down to such small gate lengths will require future innovations,” he said.