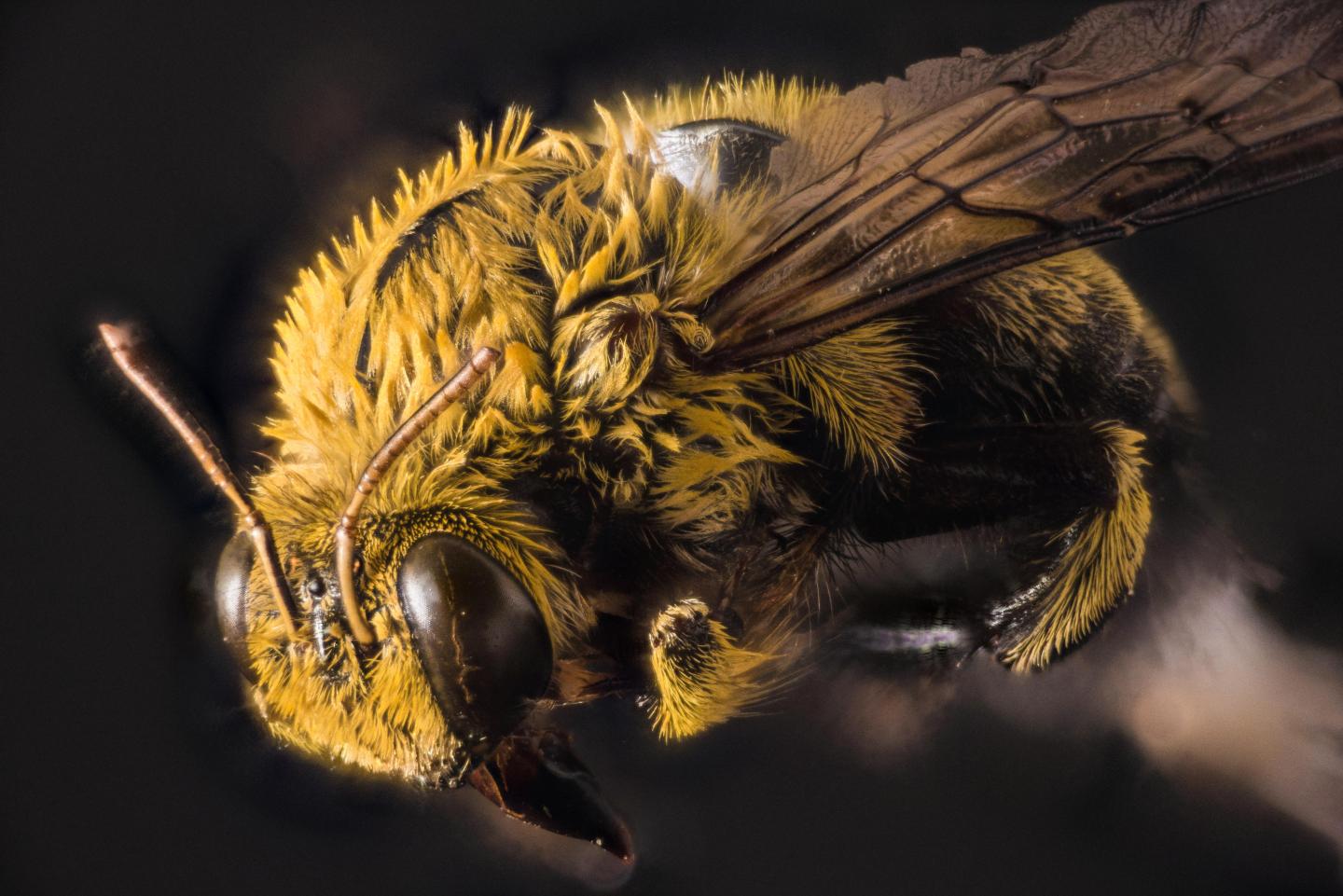 An international team of researchers has discovered evidence of 27 previously unknown viruses in bees. The finding could help scientists design strategies to prevent the spread of viral pathogens among these important pollinators.

“Populations of bees around the world are declining, and viruses are known to contribute to these declines,” said David Galbraith, research scientist at Bristol Myers Squibb and a recent Penn State graduate. “Despite the importance of bees as pollinators of flowering plants in agricultural and natural landscapes and the importance of viruses to bee health, our understanding of bee viruses is surprisingly limited.”

To investigate viruses in bees, the team collected samples of DNA and RNA, which is responsible for the synthesis of proteins, from 12 bee species in nine countries across the world. Next, they developed a novel high-throughput sequencing technique that efficiently detected both previously identified and 27 never-seen-before viruses belonging to at least six new families in a single experiment. The results appear in the June 11, 2018, issue of Scientific Reports.

“Typically, researchers would have to develop labor-intensive molecular assays to test for the presence of specific viruses,” said Zachary Fuller, postdoctoral fellow at Columbia University and a recent Penn State graduate. “With our method, they can sequence all the viruses present in a sample without having any prior knowledge about what might be there.”

Fuller noted that because the cost of high-throughput sequencing continues to decrease, the team’s approach provides an inexpensive and efficient technique for other researchers to identify additional unknown viruses in bee populations around the world.

“Although our study nearly doubles the number of described bee-associated viruses, there are undoubtedly many more viruses yet to be uncovered, both in well-studied regions and in understudied countries,” he said.

Among the new viruses the team identified was one that is similar to a virus that infects plants.

“It is possible that bees may acquire viruses from plants, and could then spread these viruses to other plants, posing a risk to agricultural crops,” said Christina Grozinger, distinguished professor of entomology and director of the Center for Pollinator Research at Penn State. “We need to do more experiments to see if the viruses are actively infecting the bees — because the viruses could be on the pollen they eat, but not directly infecting the bees — and then determine if they are having negative effects on the bees and crops. Some viruses may not cause symptoms or only cause symptoms if the bees are stressed in other ways.”

Beyond identifying the new viruses, the team also found that some of the viruses exist in multiple bee species — such as in honey bees and in bumble bees — suggesting that these viruses may freely circulate within different bee populations.

“This finding highlights the importance of monitoring bee populations brought into the United States due to the potential for these species to transmit viruses to local pollinator populations,” said Galbraith. “We have identified several novel viruses that can now be used in screening processes to monitor bee health across the world.”

According to Galbraith, the study represents the largest effort to identify novel pathogens in global bee samples and greatly expands our understanding of the diversity of viruses found in bee communities around the world.

“Our protocol has provided a foundation for future studies to continue to identify novel pathogens that infect global bee populations using an inexpensive method for the detection of novel viruses,” he said.