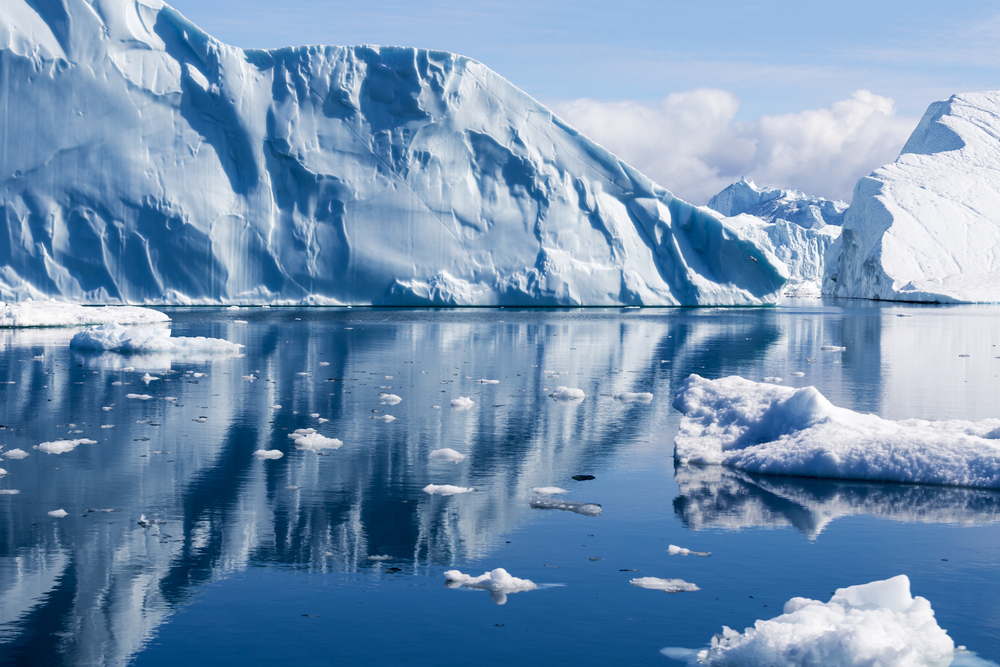 Scientists have found surprising evidence of rapid climate change in the Arctic: In the middle of the Arctic Ocean near the North Pole, they discovered that the levels of radium-228 have almost doubled over the last decade.

The finding indicates that large-scale changes are happening along the coast–because the source of the radium is the land and shallow continental shelves surrounding the ocean. These coastal changes, in turn, could also be delivering more nutrients, carbon, and other chemicals into the Arctic Ocean and lead to dramatic impacts on Arctic food webs and animal populations.

The research team, led by Woods Hole Oceanographic Institution (WHOI), suspects that melting sea ice has left more open water near the coast for winds to create waves. The wave action reaches down to the shallow shelves and stirs up sediments, releasing radium that is carried to the surface and away into the open ocean. The same mechanism would likely also mobilize and deliver more nutrients, carbon, and other chemicals into the Arctic Ocean, fueling the growth of plankton at the bottom of the food chain. That, in turn, could have significant impacts on fish and marine mammals and change the Arctic ecosystem.

Scientists have long used radium-228 to track the flow of material from land and sediments into the ocean. It is a naturally occurring isotope produced by the radioactive decay of thorium in sediments. But unlike thorium, it dissolves into water, where scientists can track the sources, amounts, rates, and direction of its flow, said Kipp, who is lead author of the study and a graduate student in the MIT-WHOI Joint Program in Oceanography.

Kipp led efforts to measure radium at 69 locations from the western edge of the Arctic Ocean to the Pole on a two-month voyage aboard the icebreaker Healy in the summer of 2015. The cruise was part of the international GEOTRACES program, which aims to measure chemical tracers in the world’s ocean to understand ocean circulation and provide a baseline to assess future chemical changes in the oceans. The U.S. GEOTRACES program and this study are both funded by the National Science Foundation.

To their surprise, the research team found that radium-228 concentrations in the central Arctic Ocean had increased substantially since measurements had last been made in 2007. What was its source and why had it increased?

The team investigated the trajectories of sea ice drifting in the ocean and saw a pattern of ice–and hence water–flowing northward from the vast northern coast of Russia toward the middle of the Arctic Ocean, where the radium concentrations had increased. The pattern aligned with the Transpolar Drift, a powerful current flowing in same direction that could transport radium from coastal sources.

They concluded that the excess radium had to have come from sediments in the East Siberian Arctic Shelf off Russia, the largest continental shelf on Earth. It is relatively shallow, with an average depth of 170 feet, but it extends 930 miles off shore and contains a vast reservoir of radium and other chemical compounds.

Something had to have changed along the coast to explain the dramatic surge in radium in the middle of the Arctic Ocean. The scientists theorize that a warming Arctic environment has reduced sea ice cover, allowing for more wave action that stirs up sediments and mobilizes more radium.

But there are other possible contributing factors that are causing changes over the shelf, the scientists say. More wave action can also cause more coastline erosion, adding more terrestrial sediment into the ocean. Warming temperatures can thaw permafrost, liberating more material into the ocean, and increasing river and groundwater runoff can carry more radium, nutrients, carbon, and other material into the Arctic.

“Continued monitoring of shelf inputs to Arctic surface waters is therefore vital to understand how the changing climate will affect the chemistry, biology, and economic resources of the Arctic Ocean,” the study’s authors wrote.

Data coverage over the East Siberian Shelf is currently very limited, so it is important to conduct more studies in this region in order to pinpoint the direct causes of the increased shelf inputs and allow future monitoring. “Evidence from Kipp and co-workers for substantial ongoing change in the chemical environment of the Arctic Ocean emphasizes the need for sustained study of these changes and of the processes involved,” said Bob Anderson, an Ewing-Lamont Research Professor at the Lamont-Doherty Earth Observatory of Columbia University and the director of the U.S. GEOTRACES Program Office. “It would be great if related efforts by marine geochemists in Russia could be integrated with future studies by other nations, for example under the auspices of the international GEOTRACES program.”