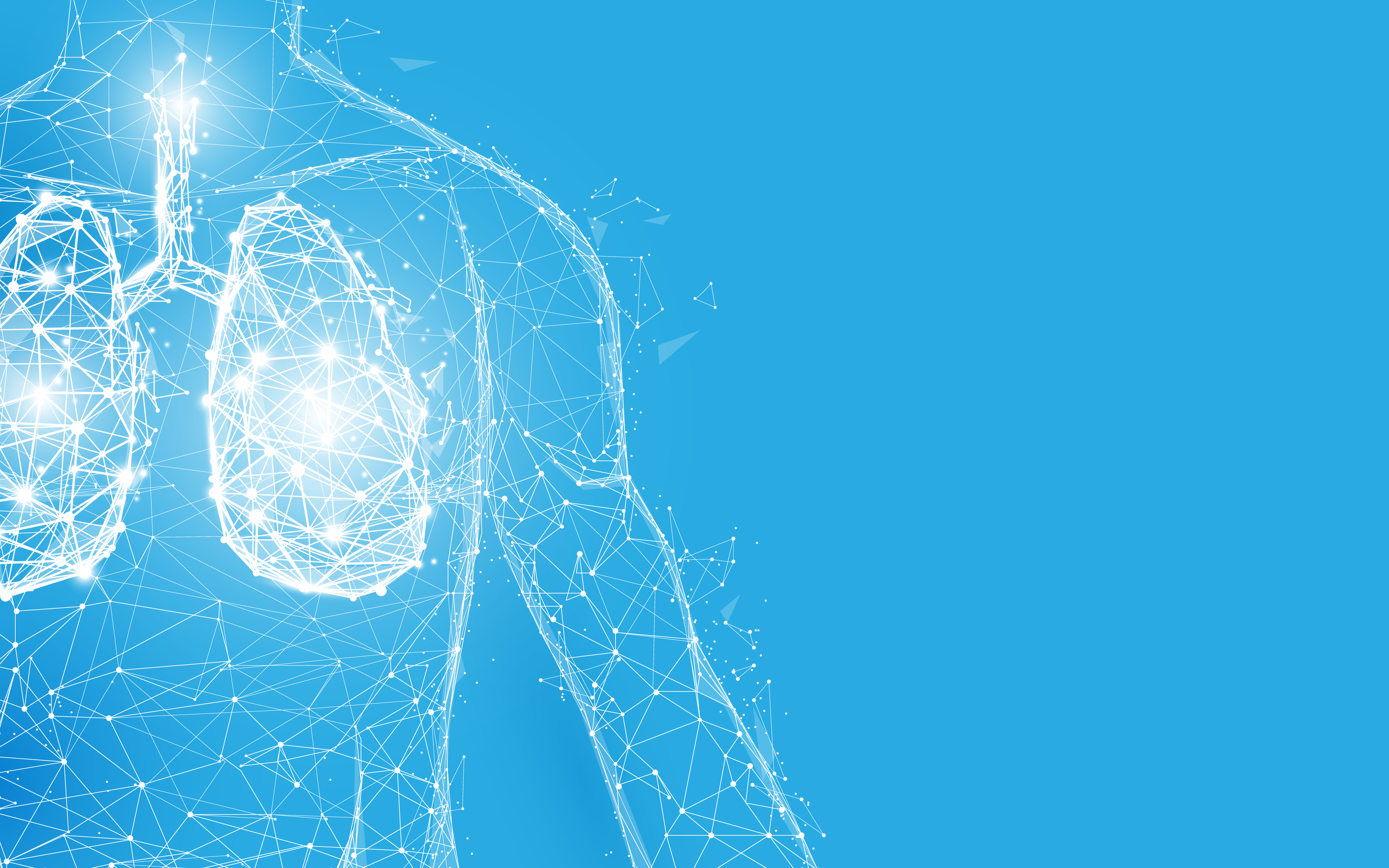 A popular children’s toy is serving as inspiration for a new wearable and disposable respiration monitor.

Researchers from the University of California Irvine have created a monitor that can provide continuous high-fidelity readings for children with asthma, cystic fibrosis and other chronic pulmonary conditions using Shrinky Dinks, a popular toy that consists of thin sheets of plastic that are painted or drawn on and then shrunk with heat.

By placing the wearable device—which resembles a  the Band-Aid—between the ninth and 10th rib and a second on the abdomen, the researchers were able to track the rate and volume of the user’s respiration by measuring the local strain on both regions, which could predict an oncoming asthma attack.

“The current standard of care in respiration monitoring is a pulmonary function test that’s often difficult to perform and limited in terms of the snapshot it provides of a patient’s respiratory health—meaning problems can sometimes be missed,” Michael Chu, UCI graduate student researcher in biomedical engineering and lead author of the study, said in a statement. “Our new stretch sensors allow users to walk around and go about their lives while vital information on the health of their lungs is being collected.”

To create the device, the researchers applied an extremely thin metal layer to a sheet of the Shrinky Dink, which was then heated to cause corrugation in the now shrunken device. This also causes the film to transfer to a soft, stretch material similar to a bandage that can stick to the patient’s skin. Bluetooth technology enables signals from the embedded sensors to be transmitted to a smartphone application.

The researchers have tested the technology on healthy patients as a proof of concept, but plans are in place for a pilot trial in the coming months with a small number of asthma sufferers. The initial test also only focused on subjects that were sedentary on patients in the reclined position to minimize motion artifact and to ensure comfort. In the next study, they will test the system under motion.

Michelle Khine, a professor of biomedical engineering, said she was ultimately inspired to develop the monitors after her newborn son suffered from complications that confined him to the neonatal intensive care unit hooked up to oxygen machines with breathing monitors.

“Despite having his whole tiny body covered in sensors, all the hospital staff could get was respiration rate information,” Khine said in a statement. “If you looked at the vitals monitor, you’d see this waveform, so it looked like they were getting [respiration volume] information, but they weren’t. I felt so helpless with my child just lying in this box. I wasn’t allowed to carry him for eight days, so it was heartbreaking—but also frustrating to see all of these wires hooked up to him but not giving all the information we wanted.”

This isn’t the first time Khine’s lab has used to the popular toy, which dates back to the 1970s. In 2008, Khine used Shrinky dinks to produce microfluidic device for medical applications.

The study was published in NPJ Digital Medicine. 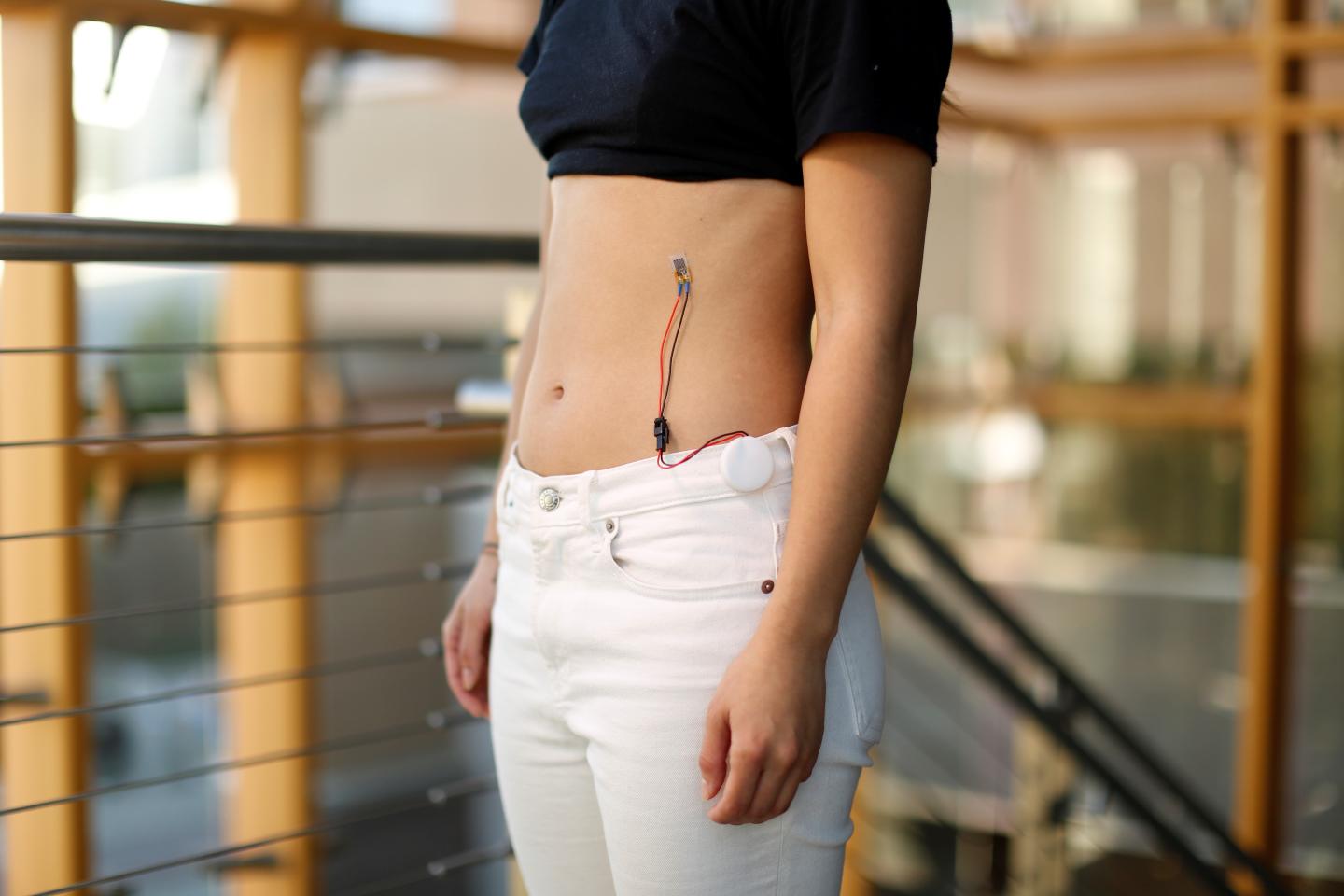 The paired sensors — one placed between the ninth and 10th ribs and the other on the abdomen — track the rate and volume of the wearer’s respiration by measuring the local strain on the application areas. Credit: Josh Kim / UCI