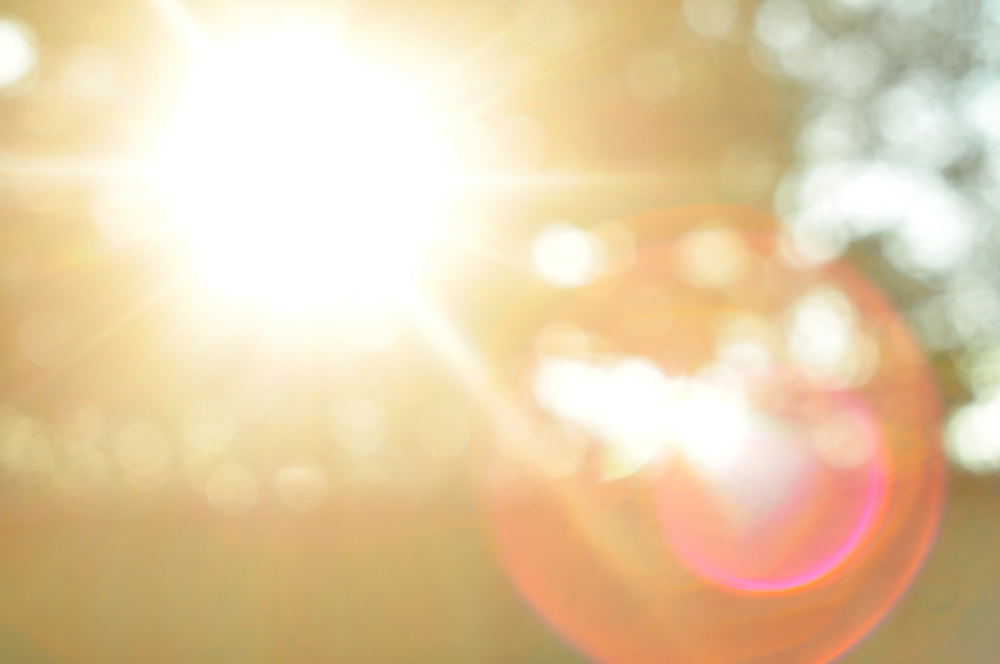 If you have ever turned on your car’s high beams while driving through fog, you’ve seen glare in action. As the extra light reflects off the fog, it becomes even more difficult to see what lies ahead. In compelling new research, two scientific teams have developed innovative methods for counteracting glare and reducing unwanted light much like noise-canceling headphones eliminate unwanted sound.

In The Optical Society’s journal for high impact research, Optica, the research teams present methods that use modified light to reduce glare, which can not only obscure objects behind fog, but also make it difficult to take images through skin and other materials that scatter light.

Although the new glare reduction approaches are not yet practical for seeing through fog, they could offer a big improvement in imaging for applications in biomedicine, astronomy and other fields. Glare has been a persistent challenge for biomedical researchers seeking to see through skin or other membranes, for example, and it can cause trouble for astronomers looking at planets obscured by the light of bright stars.

Changhuei Yang’s team from the California Institute of Technology, California, USA, demonstrated a method that can reduce glare by a factor of ten. The approach cancels out glare with illumination that matches the coherence of the glare but not the reflection of the object under view. Light is coherent when the peaks and troughs of its waves are the same size.

“We are trying to invent a type of noise-canceling camera by separating the glare from the target’s reflection so that the target can easily be seen,” said Edward Haojiang Zhou, a graduate student at the California Institute of Technology and first author of the paper.

The researchers showed that their approach can produce images of an object placed 2 millimeters behind a 1-millimeter-thick, light-scattering sample, making it a promising approach for microscopy. “By changing the coherence of the light, the method we demonstrated can be used to simultaneously image objects at various distances from the light source,” said Zhou. “This provides a great deal of freedom for imaging through scattering samples with thicknesses from one millimeter to a kilometer.”

Zhou pointed out that other approaches used to compensate for glare require expensive and complicated equipment, while their setup uses basic and readily available optical components. The researchers are now working to apply their technique to improve the quality of images taken by satellites and plan to try it with astronomy applications, where it could help researchers peer through the opaque atmospheres of other planets, such as Venus.

Blinded by the light

Yaron Silberberg’s research team at the Weizmann Institute of Science, Israel, demonstrated an approach that is similar to Zhou’s, but instead of changing the light’s coherence, his team reduces glare by using wavefront shaping to change the field of the light illuminating the object. This method minimizes the amount of blinding light scattered into the camera by using an optical device called a spatial light modulator (SLM) and an optimization algorithm to control the shape of the impinging light field.

Wavefront shaping has been used for some time to improve imaging in microscopy and astronomy applications. “Almost all other work with wavefront shaping involves trying to maximize the amount of light that will be received by the camera,” said Silberberg. “In this work, we are trying to do the opposite by minimizing the amount of light that is reflected.”

As in Yang’s work, reducing glare with wavefront shaping requires that the light from the object and the background be mutually incoherent, and the glare must be fairly static for the optimization process to be effective. The method can, however, be used to detect quickly moving objects such as blood cells by reducing the light coming from the static background. This could be useful for microfluidic applications and flow cytometry, a technique used in many diagnostic and biomedical research applications.

“Our lab uses wavefront shaping for many different purposes,” said Silberberg. “We are trying to develop a toolbox where, using wavefront shaping and SLMs, you can improve imaging, especially under difficult conditions. Glare reduction will be part of this toolbox.”