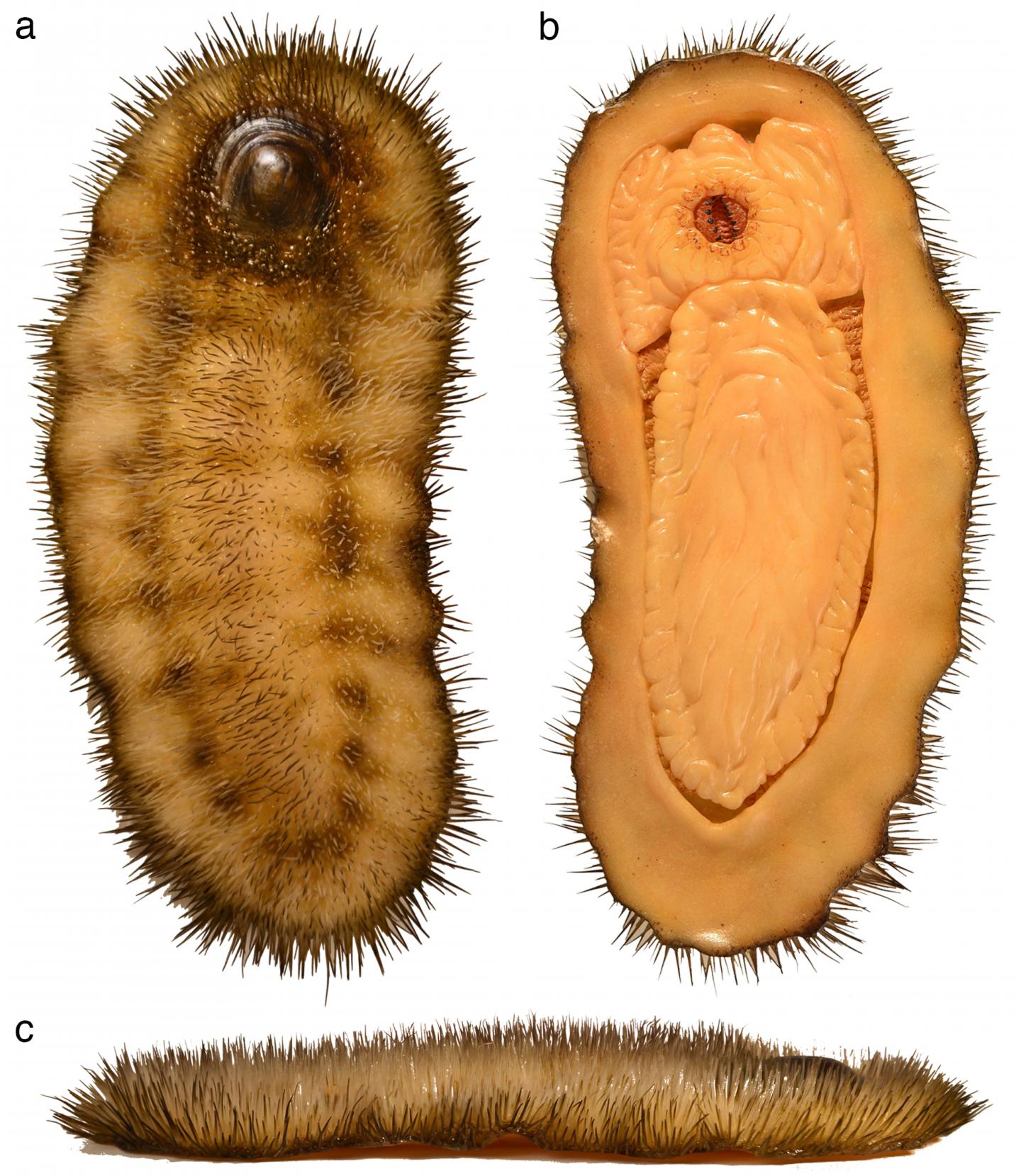 This is a model reconstruction of Calvapilosa kroegeri, a spiny slug that lived 480 million years ago. Source: Esben Horn/10 Tons

Scientists from the University of Bristol have uncovered a 480-million-year-old slug-like fossil in Morocco which sheds new light on the evolution of molluscs – a diverse group of invertebrates that includes clams, snails and squids.

One of the defining characteristics of the molluscs is the possession of a radula, a kind of toothed-tongue which is used to rake up or rasp food.

The radula houses hundreds of teeth, the patterns of which can be used to determine diet and identify species. Whilst not all molluscs have a radula, a radula cannot be found in any other group of animals.

Dr Jakob Vinther, from the Schools of Biological Sciences and Earth Sciences, is lead author of the study, which is published today in Nature.

He said: “The molluscs are amongst the earliest animals identifiable in the fossil record, however determining what their ancestor looked like is difficult since many of the groups appear within a small window of time, making the sequence of evolutionary events difficult to piece together.”

The recent discovery of a new species of mollusc in the Anti-Atlas region in Morocco has enabled palaeontologists to revisit this problem and infer the appearance of the ancestor of all molluscs.

The new species discovered, Calvapilosa kroegeri, is part of the Fezouata Biota: a group of organisms from the early Ordovician period (485-470 million years ago) which are found in rocks in southeastern Morocco. The Fezouata Biota is famed for its exceptional preservation, allowing palaeontologists to identify details not preserved from any other fossil site.

Co-author Luke Parry, a PhD student at the University of Bristol, added: “Calvapilosa kroegeri resembles a slug covered with short spines all over its upper body and with a large ‘fingernail-like shell’ over its head. In the centre of the head of this species are two rows of teeth which we demonstrate is a radula.”

The discovery of this feeding structure firmly identifies Calvapilosa kroegeri as a mollusc. Additionally, it suggests that similar fossil forms, such as Halkieria­—a two plated slug-like fossil, are also molluscs and possessed a radula.

Following an analysis to determine the family tree of molluscs, Calvapilosa kroegeri was revealed to be the most primitive member of the lineage leading to chitons. Chitons can still be found today and are characterised by their possession of eight shell plates and spines around their margin, similar to what is seen covering the body of Calvapilosa.

Dr Vinther concluded: “If we trace back the evolution of chitons, we can see that the number of their shells has increased with time. It is therefore likely that the ancestor to all molluscs was single-shelled and covered in bristle-like spines, not dissimilar to Calvapilosa kroegeri.”