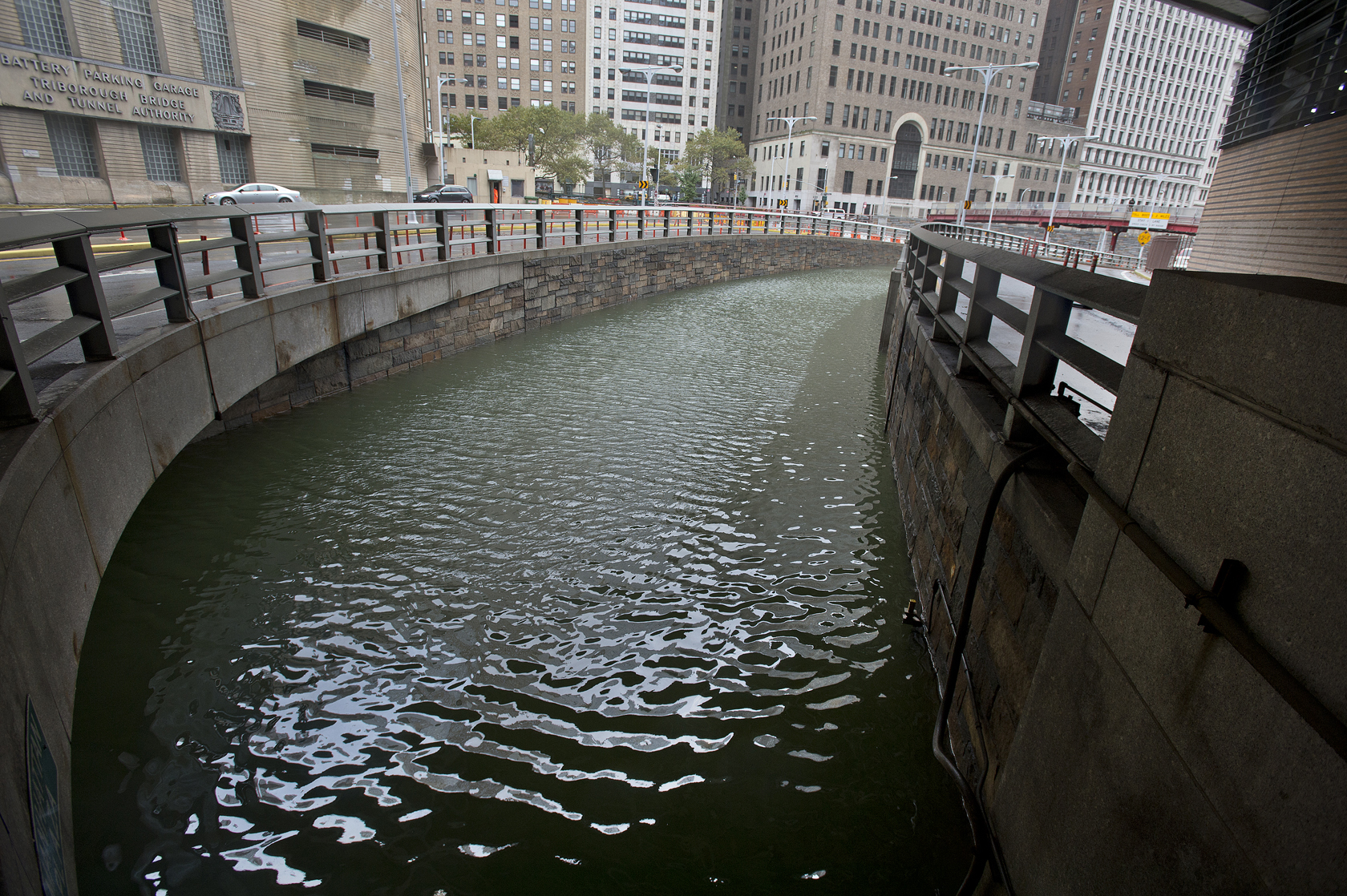 This is a photo of the Brooklyn-Battery Tunnel (officially known as the Hugh L. Carey Tunnel) in Manhattan, as it appeared in the immediate aftermath of Hurricane Sandy in 2012. (Credit: Metropolitan Transportation Authority of the State of New York)

While a lot of the Northeast is still picking up the pieces from superstorm Sandy nearly four years  later, a new study projects more intense flooding in New York City over the next century.

A study based on historical data and computer model projections published in the Proceedings of the National Academy of Sciences concluded that floods equaling or surpassing the 9-foot floods produced by superstorm Sandy will be about 17 times more likely in New York City over the next 84 years.

“The grand answer is that things are going to get worse by 2100,” Horton, who is professor of Marine and Coastal Sciences in the School of Environmental and Biological Sciences, said in a statement. “If nothing changes with hurricanes, sea-level rise alone will increase the frequency of Sandy-like events by 2100.”

The research group reports that floods as intense as Sandy’s would have occurred about once every 400 years on average under the sea-level rise conditions of the year 2000, but over the course of the 21st century floods equaling Sandy are about four times more likely due to an acceleration in the rate of sea-level rise.

However, Lin combined historical climate data with modeling of future climate conditions and storm surges to find that these changes may lead to a more modest three-fold increase in flood probability, but may also break badly for New York City and make Sandy-like flooding 17 times more likely.

“As we refine climate and hurricane dynamic models, we will have more accurate predictions that will allow planners to better design flood mitigation strategies,” said Lin.

According to Horton, the projections in the study should not be classified as predictions.

“Things are only going to get worse by 2100,” Horton said. “It’s just a question of how much worse it will get. There is no happy scenario.”