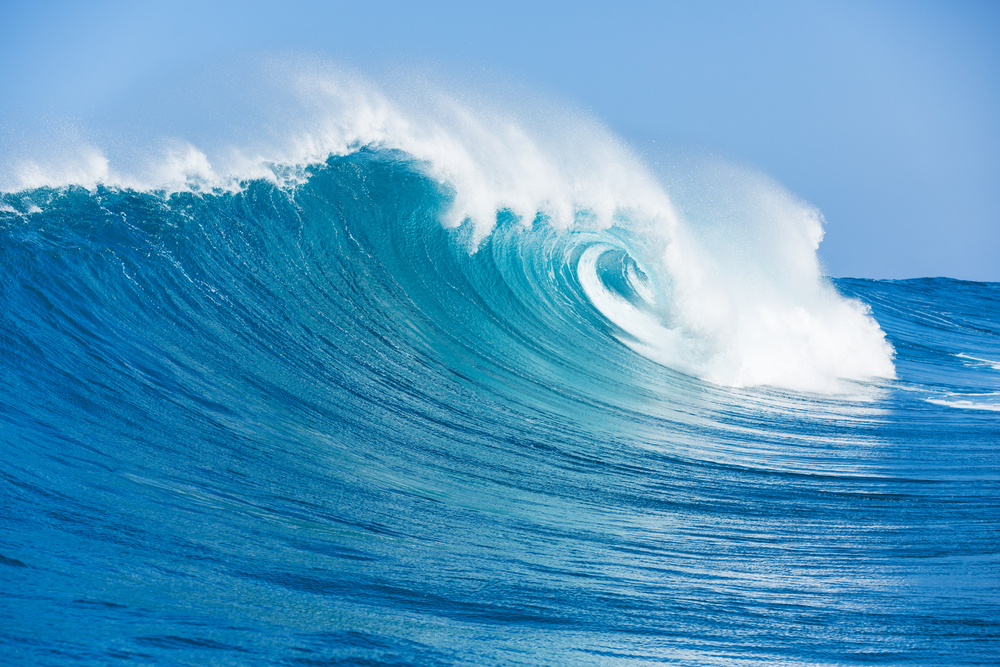 Coastal defenses could be designed to better withstand powerful storms triggered by climate change, a study of wave dynamics suggests.

The team has developed a way of predicting what happens to the millions of tonnes of water inside big waves when they collide with cliffs, seawalls and buildings.

Their findings could help engineers design coastal defences that are better able to stop sea water spilling over on to land – known as overtopping.

When a breaking wave collides with an upright structure, a powerful jet of water is thrown straight up into the air. Researchers found these huge sheets of water then split into several ‘fingers’ before breaking apart into a spray of droplets, which can hit people and property with real force. Saltwater can also cause damage to buildings, vehicles and transport infrastructure.

Scientists at the University of Edinburgh and Hokkaido University recreated stormy sea conditions in a 24m wave flume in Japan to gauge the impact of waves on vertical walls.

A scaled-down version of a seawall was bombarded with waves, which researchers tracked using a high-resolution video camera. They found that water is dispersed in a distinct pattern that varies depending on the size of waves. The pattern differs from those produced by other types of spray, such as those produced by industrial sprayers used in car and agriculture industries.