There are many important proteins in nature, but arguably one of the most important is ATP synthase, the protein responsible for production of ATP, the cell’s primary source of chemical energy. Think of it as the gas that drives a car; ATP drives most cellular chemical and physical processes. Prior to the generation of ATP, however, a cell has to convert the electrons that have stripped from the nutrients we consume into a transmembrane proton gradient and this process is carried out by the electron transport chain. Cytochrome c oxidase (CcO) is the final enzyme in this chain, responsible for the reduction of the oxygen we breathe into water, and the simultaneous pumping of protons across a membrane. Thus, CcO is central in oxidative living systems and there are many implications of the CcO research such as gaining a better understanding mitochondrial diseases or possibly in areas such as aging.

Researchers in the group of Dr. Gregory Voth at the University of Chicago are doing breakthrough research on proton pumping in CcO using multiscale reactive molecular dynamics (MS-RMD) simulations. “It would be impossible for our team to do these calculations without using high performance computing (HPC). Using HPC systems allows our team to study the CcO reaction of several hundred thousand atoms for microseconds of total simulation time,” states Dr. Voth, Distinguished Service professor, University of Chicago, Department of Chemistry.

“The importance of proton pumping in CcO is both practical and fundamental. It is practically important because proton pumping builds and maintains a transmembrane proton gradient that is used by ATP synthase to synthesize most of the cell’s ATP, which is the primary energy source for cellular metabolism. It is fundamentally important because CcO is a paradigmatic proton pump: it efficiently transforms chemical energy, the reduction of oxygen, into a transmembrane proton gradient with a mechanism that has been the focus of intense curiosity and debate since it was first characterized four decades ago [1].

Preventing proton back leakage is a crucial aspect of the mechanism because back leakage would eliminate the transmembrane proton gradient, and hence the ATP synthesis,” states Jessica M. J. Swanson, Research Associate Professor in the Department of Chemistry.

During normal turnover, CcO couples the transfer of four electrons from the outside of the membrane to the catalytic site to the uptake of eight protons from the inside of the membrane. Four of these protons also go to the catalytic site and are consumed in the reduction of oxygen to water. This already creates a transmembrane proton gradient. But for each of the ‘chemical’ protons, an additional proton is pumped to the outside of the membrane, more than doubling the resulting transmembrane proton gradient. This process of redox-coupled charge transport is not only efficient, but mystifying; how does the protein transport two protons for each electron? This is the question the Voth Group sought to answer.

Figure 1 shows the University of Chicago simulation system, including the full CcO from R. sphaeroides embedded in a membrane and surrounded by water. The figure highlights the D- and K-channels as well as metal centers, key residues and internal water molecules. 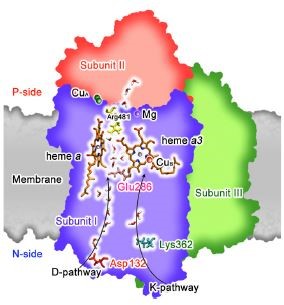 Figure 1: CcO simulation showing major pathways, Figure 1© reprinted with permission from the Proceedings of the National Academy of Sciences of the United States of America©, as shown in reference 2.

Figure 2 shows the 2D free energy surface and mechanism for transport of the pumped proton from residue E286 to the pump loading site highlighting molecular structures along the minimum free energy pathway. E286 is shown in green, propionate groups of the pump loading site in yellow, excess proton in purple, iron atom of heme groups in blue and the copper atom in the BNC in orange. 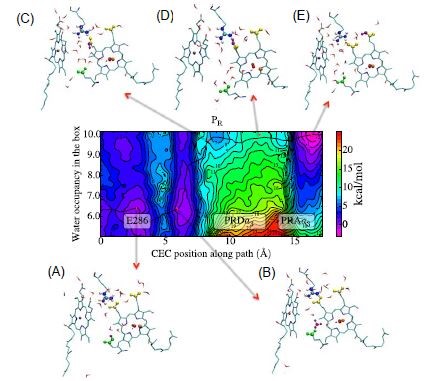 Figure 2: Mechanism for transport of the pumped transport, Figure S6© reprinted with permission from the Proceedings of the National Academy of Sciences of the United States of America, as shown in reference 2.

Voth indicates that CcO research has been challenging due to the complexity of what is fundamentally a quantum mechanical process—there are electrons moving, which drive protons which associate with water molecules and move between them—involving many coupled chemical reactions. The movement of protons is known to occur through multiple pathways. This has been the subject of much research but it is difficult to study all of these different charge translocation steps with precision. From a computational point of view, it is a multi-scale challenge to study this process.

Breakthrough research at University of Chicago

Marten Wikström, often known as the ‘father of cytochrome c oxidase research’ [1], worked with the University of Chicago team and provided instrumental experimental insight. In two PNAS publications [2] [3], the team proposed a complete mechanism for proton pumping in CcO and showed how mutations in one of the uptake pathways alters pumping. This work not only agrees with experimental data, but provides a molecular explanation for the pumping mechanism and the enigmatic D-channel mutants. One of the important phenomena revealed is an intrinsic coupling between water dynamics and proton transport. This coupling plays a key role in the pumping mechanism. The multiscale approach used by the Voth Group, which enables the calculations of multi-dimensional free energy surfaces, was essential in obtaining this insight.

Swanson indicates “By studying the mechanism of decoupling mutants, we found that the asparagine-gate in the D-channel plays a pivotal role in the pumping process. Mutations of this gate can either decouple pumping entirely from the chemical reaction, or impair pumping along with the chemical reaction. Our results explain how decoupling mutants actually lower the reverse proton transport barrier in the D-channel, enabling back leakage, while other mutations raise the forward barrier, hindering catalysis and pumping. This, importantly, points to the essential role of the asparagine-gate in blocking back leakage in the WT mechanism. Collectively, we hope our work provides useful insight into CcO’s proton pumping mechanism and concepts to inspire queries into other redox-coupled charge transport systems.”

“We consider our work to be a breakthrough in CcO research because it allows a more detailed analysis of the proton pumping process than was previously possible. Our work provides novel insight into the fundamental questions regarding the structure-function relation of the enzyme at molecular level. We hope this will impact medical research not only in better understanding mitochondrial diseases, such as cytochromec oxidase deficiency, but also in explaining the biophysics of redox coupled charge transport processes, which are broadly important. Because ATP synthesis is so important to life, understanding the processes that drive it is critical,” said Dr. Gregory Voth, University of Chicago Chemistry Department, in a statement.

TACC supercomputer used in the research

In May 2017, TACC began supporting early users on their next generation Stampede 2 system ($30 million grant from NSF) and the team is interested in running future research on the Stampede 2 system. Stampede 2 will nearly double Stampede’s computing power, delivering a peak of 18 petaflops. Increases in performance will be enabled by the inclusion of the latest generation Intel Xeon and Intel Xeon Phi processors and enhanced networking though the Intel® Omni-Path Architecture.

The team used the standard LAMMPS software package plus a unique in-house code developed at the University of Chicago named RAPTOR in their research. The standard LAMMPS package is a molecular dynamics simulation engine from Sandia National Laboratories. The RAPTOR code builds upon it to allow efficient simulation of reactive molecular dynamics to describe, in this case, proton transport. The RAPTOR code was modified to improve parallelization by reducing the computational cost of evaluating long-range Coulombic interactions.

Importance of continued access to HPC systems for biomolecular research

Voth and Swanson indicate, “One of the future challenges in biomolecular research is the understanding the full multiscale kinetic network of the biochemical processes. Supercomputers are essential to solve this future need because they enable the simulation of biomolecular systems at the molecular level, providing high-resolution information. Our team’s current CcO research used six million service units (CPU hours) of simulation time on the TACC Stampede supercomputer and would not have been possible without access to HPC systems. It is imperative to have mid-range HPC systems that can run many simulations, each over a reasonable number of processors, which can then be combined to obtain accurate statistics. While there is a push toward large exascale computers, we see a clear need for a substantial collection of mid-range HPC systems, including for biomedical and biophysical research. The insights gained in our research would not have been possible without such an allocation of mid-range HPC simulation run-time hours through the NSF-supported Extreme Science and Engineering Discovery Environment (NSF XSEDE).”