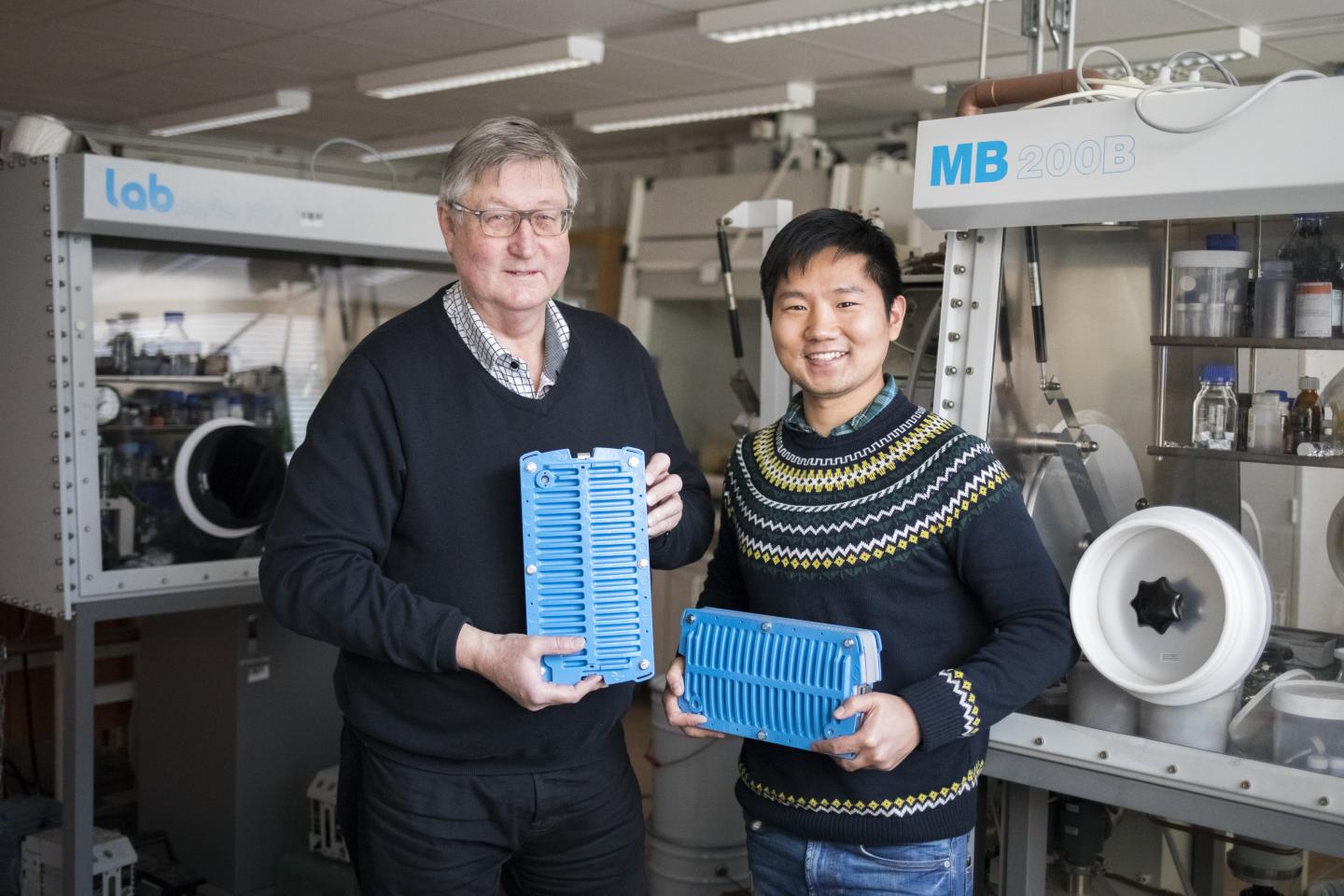 Most rechargeable batteries are based on either lead, nickel-cadmium (NiCd) or various combinations with lithium. Batteries based on nickel-metal hydride (NiMH) with an aqueous electrolyte are both eco-friendly and safe. The NiMH battery is developed from the nickel-hydrogen battery (NiH2). It has long been known that (NiH2) batteries have a superior lifespan compared to other battery types. This is why they are (for example) used in satellites in orbit in space, where the batteries must function for decades without servicing. The Hubble space telescope is one example, but NiH2 batteries are also spinning around our neighboring planets. However, these structures of the batteries are impractically large, because the hydrogen is stored in gas tanks. NiMH batteries can be made much more compact, because the hydrogen is stored in a metal alloy/metal hydride with a hydrogen density equivalent to that of liquid hydrogen. Researchers at Stockholm University has now developed a technique by which to achieve the same long lifespan for NiMH batteries as in the large NiH2 batteries.

The inspiration for the new technology came from a new NiMH battery manufactured by Nilar AB in Gävle.

In a NiMH battery, hydrogen is bound in the metal alloy. This solution is effective, but the battery ages because it dries out as the alloy slowly corrodes and consumes its water-based electrolyte. The corrosion also interferes with the internal balance between the electrodes in the battery. The breakthrough came when the research group discovered that they could counteract the aging process almost completely by adding oxygen, which restores the lost electrode equilibrium and replaces the lost electrolyte. This can be easily done in Nilar’s battery construction, because all cells share the same gas space. With the right balance of oxygen and hydrogen, a lifespan is achieved which exceeds all of today’s common battery types.

“The electrification of society, not least of all future electric cars, places new demands on distribution networks. This battery type is very well suited to evening out the load on the power grid at all levels over a long period of time, something which is a prerequisite for a fossil-free society in which intermittent solar and wind power will be connected to the network,” says Professor Dag Noréus of Stockholm University, who has extensive experience with NiMH development.

“New battery technology is a major step along the way. Right now Sweden is a world leader in the segment of rechargeable NiMH batteries,” says Dr. Yang Shen, whose thesis Development of metal hydride surface structures for high power NiMH batteries – extended cycle-life and lead to more effective recycling methods was presented on December 10 of this year and has been a central element of the work.