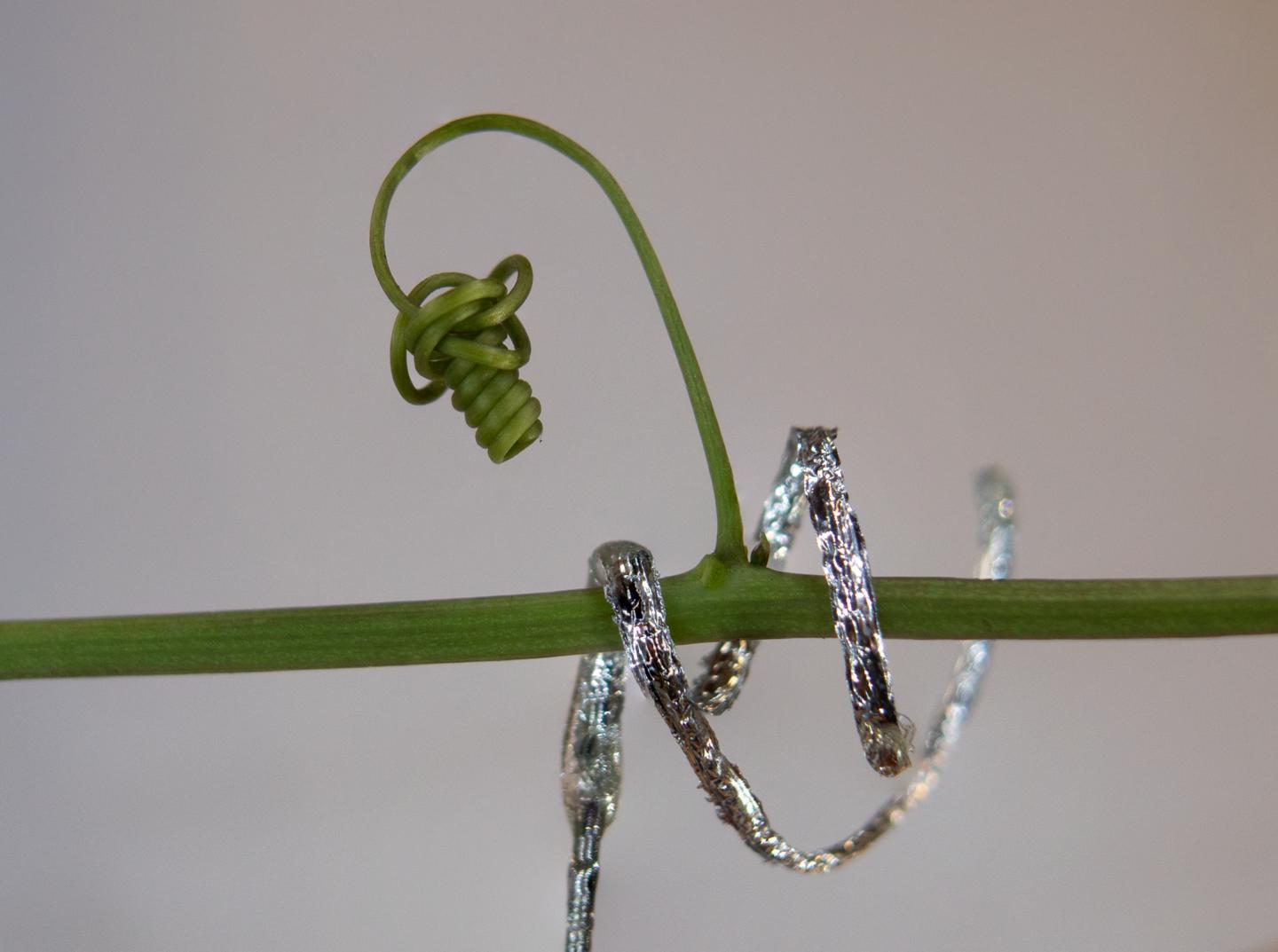 Researchers at IIT-Istituto Italiano di Tecnologia obtained the first soft robot mimicking plant tendrils: it is able to curl and climb, using the same physical principles determining water transport in plants. The research team is led by Barbara Mazzolai and results have been published in Nature Communications. In the future this tendril-like soft robot could inspire the development of wearable devices, such as soft braces, able to actively morph their shape.

Barbara Mazzolai was listed in 2015 among the 25 most influential women in robotics by RoboHub, and in 2012 she coordinated the EU-funded project “Plantoid” that brought to the first plant robot worldwide. The research team includes Edoardo Sinibaldi and Indrek Must. It is a small yet well-assorted team, based on complementary backgrounds: Must is a materials technologist with a PhD in engineering and technology, Sinibaldi an aerospace engineer with a PhD in applied mathematics, Mazzolai a biologist with a PhD in microsystems engineering.

Researchers took inspiration from plants and their movement. Indeed, being unable to escape (unlike animals), plants have associated their movement to growth, and in doing so they continuously adapt their morphology to the external environment. Even the plants organs exposed to the air are able to perform complex movements such as, for example, the closure of the leaves in carnivorous plants or the growth of tendrils in climbing plants, which are able to coil around external supports (and uncoil, if the supports are not adequate) to favor the growth of the plant itself.

The researchers studied the natural mechanisms by which plants exploit water transport inside their cells, tissues and organs to move, and then they replicated it in an artificial tendril. The hydraulic principle is called “osmosis” and is based on the presence of small particles in the cytosol, the intracellular plant fluid.

Starting from a simple mathematical model, researchers first understood how large a soft robot driven by the aforementioned hydraulic principle should be, in order to avoid too slow movements. Then, giving the robot the shape of a small tendril, they achieved the capability of performing reversible movements, like the real plants do.

The soft robot is made of a flexible PET tube, containing a liquid with electrically charged particles (ions). By using a 1.3 Volt battery these particles are attracted and immobilized on the surface of flexible electrodes at the bottom of the tendril; their movement causes the movement of the liquid, whence that one of the robot. To go back, it is enough to disconnect the electric wires from the battery and join them.

The possibility of exploiting osmosis to activate reversible movements has been demonstrated for the first time. The fact of having succeeded by using a common battery and flexible fabrics, moreover, suggests the possibility of creating soft robots easily adaptable to the surrounding environment, thus with potential for enhanced and safe interactions with objects or living beings.

Possible applications will range from wearable technologies to the development of flexible robotic arms for exploration. The challenge of imitating plants’ ability to move in changing and unstructured environments has just begun.

In this context, Mazzolai and her research team are involved as coordinator in a new project, named “GrowBot”, which is funded by the European Commission under the FET Proactive program, and it envisages the development of a robot that is able to manage its growth and adaptation to the surrounding environment with the capability to recognize the surfaces to which it attaches, or the supports to which it anchors. Just like the real climbing plants do.