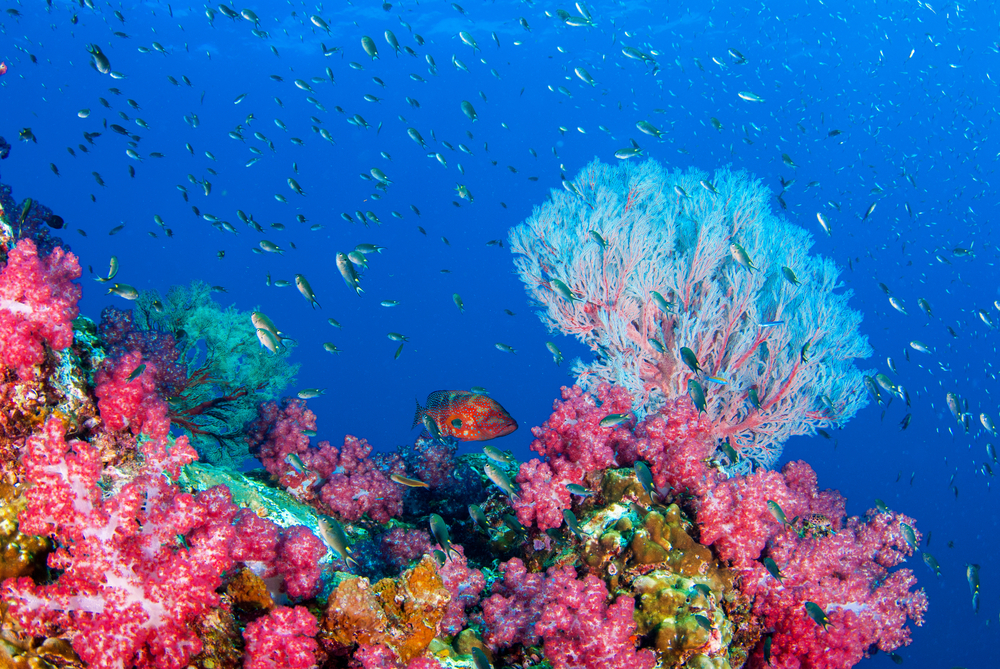 In a new study published today in Proceedings of the Royal Society, the scientists show how tiny hydrozoans, polyps smaller than one millimeter and commonly found in dense colonies on the surface of hard corals, may play a role in keeping corals safe and healthy.

Tibor Navracsics, Commissioner for Education, Culture, Youth and Sports, responsible for the Joint Research Centre said: “EU scientists are actively contributing to solve global problems. This is a good example of the scientific excellence that can help us to protect our environment and support the policy making.”

Tiny polyps protect corals from being eaten by fish and snails

The researchers from the JRC, Marhe Center of Milan-Bicocca University and the King Abdullah University of Science and Technology researched almost 2500 coral colonies in Maldivian and Saudi Arabian reefs, searching for signs of predation, temperature induced stress, and disease. For each colony, they also looked for the presence or absence of symbiotic hydrozoans and concluded that corals living in association with hydrozoans are much less prone to be attacked by coral-eating fish and gastropods, such as snails, than hydrozoan-free corals.

Predators are likely deterred by the venomous organelle ejected by hydrozoans’ nematocysts, similar to those found in medusas’ tentacles. Obviously, an individual hydrozoan polyp of less than one millimeter cannot cope with fish with a body mass billions of times its own. Yet when hydrozoans reach very high densities on coral surface, sometimes more than 50 individuals per square centimeter, it creates a sort of a continuous, stinging carpet that can discourage fish from foraging.

The authors also found that the presence of symbiotic hydrozoans goes hand in hand with better health of corals. This could be either a secondary effect as wounds caused by predators are more easily infected by pathogens, and/or the result of “friendly” hydrozoans feeding on pathogenic protozoans trying to invade coral hosts.

Unfortunately, even hydrozoans cannot protect corals against mortality directly associated to increasing temperature (i.e. coral bleaching), as demonstrated by the massive coral die out recorded last year in the Great Barrier Reef. Yet, by contributing to the overall health of corals, they are likely playing an important role in making reefs more resilient, possibly shifting the critical threshold between reversible and irreversible disturbances. If this is the case, this would mean that an almost invisible and largely overlooked microscopic organism could be buying time for half a billion people relying on coral reef ecosystems for their livelihoods.