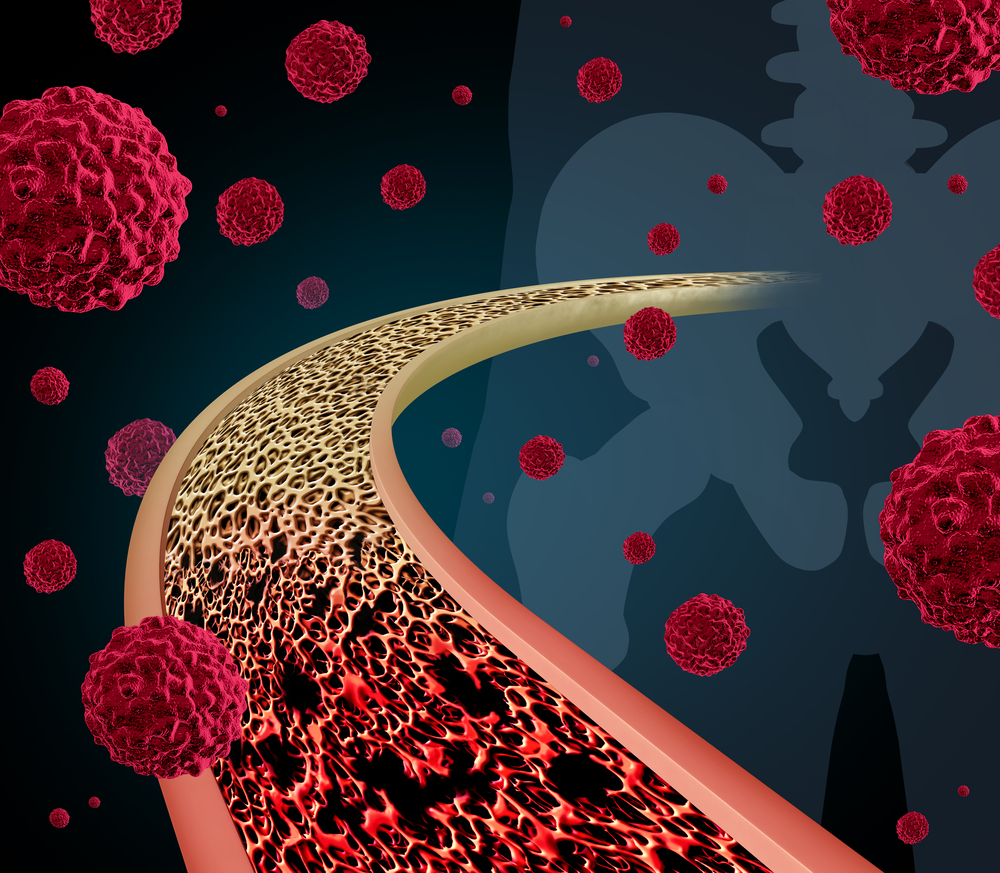 When combined with an already FDA-approved chemotherapy, a novel agent developed by researchers at Georgetown Lombardi Comprehensive Cancer Center, appears to halt the ability of Ewing sarcoma to grow and progress.

The finding, in cell lines and animal models, warrants clinical investigation to see if the combination would be an effective treatment as well as a less toxic alternative to current therapy for the rare bone cancer, the researchers say.

The study, published October 3 in the journal Science Signaling (Inhibition of the oncogenic fusion protein EWS-FLI1 causes G2-M cell cycle arrest and enhanced vincristine sensitivity in Ewing’s sarcoma), tests a combination of YK-4-279, the compound developed at Georgetown, with vincristine in laboratory and mice studies. Vincristine is one of the chemotherapy drugs now used to treat Ewing sarcoma.

“Each of the two drugs impacts the cancer cell’s ability to survive, but they do it in a way that magnifies their effectiveness compared to if they were used alone. It’s like a left hook followed by an uppercut,” says the study’s senior investigator, Jeffrey Toretsky, MD, a pediatric oncologist and researcher at Georgetown Lombardi.

In the United States, about 500 children and young adults are diagnosed with Ewing sarcoma annually. Between 60 to 70 percent of patients survive more than five years, but with many late effects from treatment. Patients with Ewing sarcoma are currently treated with a combination of five different chemotherapy drugs, which often damages nerves and few treatments lead to a cure when the cancer progresses, Toretsky says.

Ewing sarcoma is caused by the exchange of DNA between two chromosomes. The resulting EWSR1-FLI1 gene produces a fusion protein, EWS-FLI1, responsible for cancer’s growth. In 2006, Toretsky and his team discovered that the fusion protein binds to another protein, RNA helicase A (RHA), which is important for cancer progression.

YK-4-279 directly inhibits EWS-FLI1. Toretsky’s work on YK-4-279 led to the eventual development of TK216, a first-in-class small molecule that is now being studied by Oncternal Therapeutics in a clinical trial in patients with relapsed or refractory Ewing sarcoma.

In this study, Toretsky led a team of researchers that tested 69 different anti-cancer drugs to find an agent that would work synergistically with YK-4-279. They discovered that together, the drugs produce a “microtubule catastrophe” in Ewing sarcoma cancer cells.

Microtubules are tube-like structures that help cells keep their shape and act like highways that transport cellular proteins. They also pull apart chromosomes when they divide, and it is this action that is particularly affected by the drug combo, Toretsky says.

“Cancer needs to grow, and to do that, the cells need to divide and multiply. This is the step both drugs target, but in different ways,” he says.

According to Toretsky, Oncternal is planning to test the combination of TK216 and vincristine in patients.