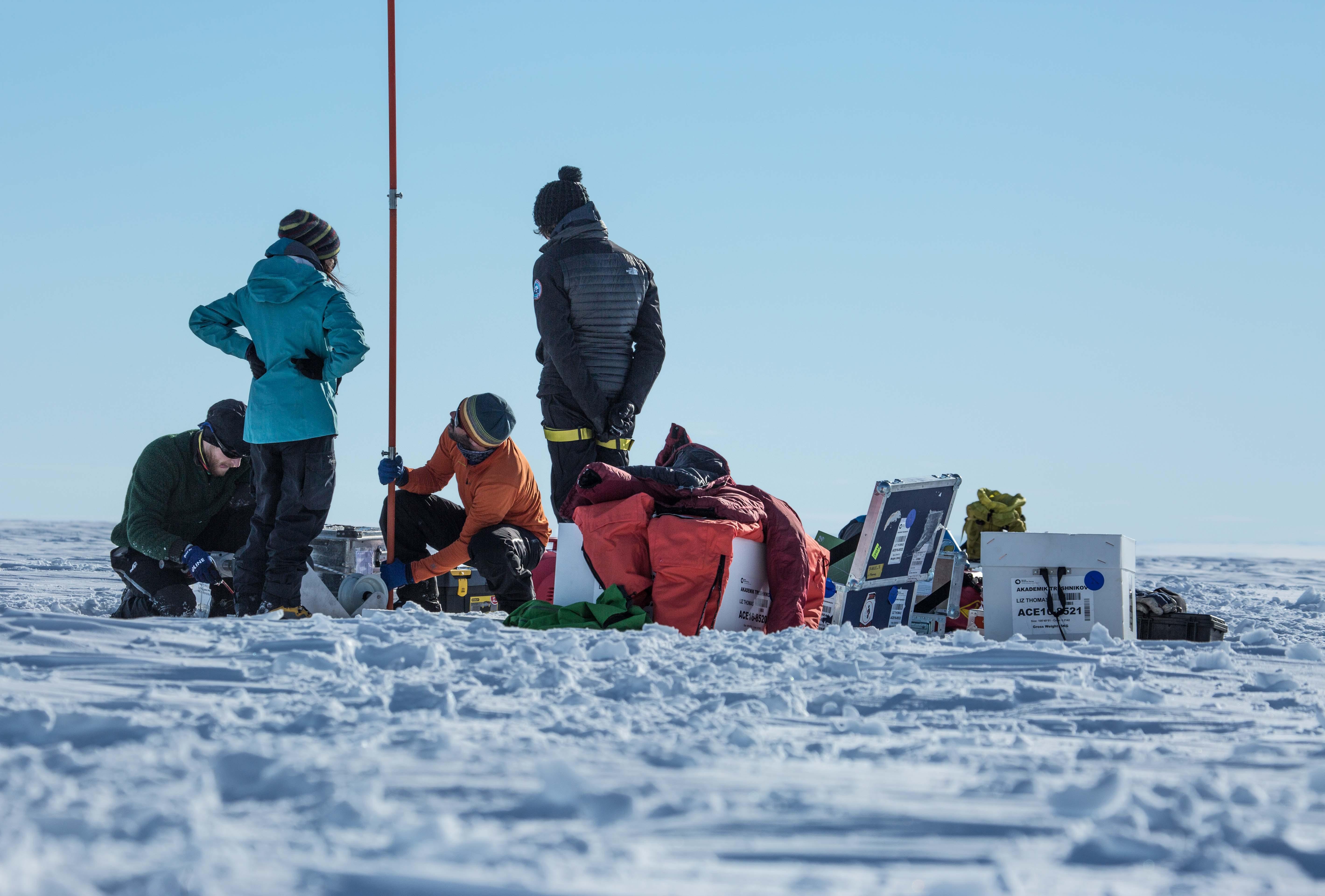 Six months after the Antarctic Circumnavigation Expedition ended, the teams that ran the 22 scientific projects are hard at work sorting through the many samples they collected. Some preliminary findings were announced during a conference in Crans Montana organized by the Swiss Polar Institute, who just appointed Konrad Steffen as new scientific director (see the interview below).

Nearly 30,000 samples were taken during the Antarctic Circumnavigation Expedition (ACE). And now, barely six months after the voyage ended, the research teams tasked with analyzing the samples have already produced some initial figures and findings. These were presented in Crans Montana during a conference put together earlier this week by the Swiss Polar Institute (SPI), the EPFL-based entity that ran the expedition. The event, called “High altitudes meet high latitudes,” brought together world-renowned experts in polar and alpine research in an exercise aimed at highlighting the many similarities between these two fields of study.

Over the course of three months – from December 2016 to March 2017 – 160 researchers from 23 different countries sailed around the Great White Continent on board a Russian icebreaker. They ran 22 research projects in an effort to learn more about the impact of climate change on these fragile and little-known regions. The valuable samples, taken from the Southern Ocean, the atmosphere and a handful of remote islands, are now back at the labs of the 73 scientific institutions involved in the expedition.

Most of the teams that ran the 22 projects are still carrying out the preliminary task of sorting through and identifying the samples, which means the initial results are necessarily incomplete and provisional. It is only later that the samples will be analyzed. Some important observations can nevertheless be made at this stage.

The sum total of the samples collected represents an impressive and valuable database. The SPI must now come up with ways to organize, group and present the data so that researchers can readily access and make use of it. What’s more, “the large number of potential collaborations and exchanges between projects is becoming clear,” says David Walton, the chief scientist on the expedition. “Some research projects have been found to have links with as much as nine others.” And some startling figures have already been released – here is a look at just a few of them.

For the SubIce project, around 100 meters of ice cores were taken on five subantarctic islands and the Mertz Glacier, which sits on the edge of the Antarctic continent. The chemical composition of the cores will be analyzed in an attempt to trace climate change over recent decades. In some places, like Balleny, Peter 1st or Bouvet Islands, it was the first time an ice sample had ever been taken. “Of all the islands where we were able to take samples, that last one was the farthest from the continent,” says Liz Thomas, from British Antarctic Survey. “It’s also the island where the ice in the samples is the most granular. Our findings confirm significant seasonal variations at this location.”

The air on the continent is so pure that even the hottest cup of tea does not produce any steam. “No particles, no clouds,” explains Julia Schmale, a researcher with the Paul-Scherrer-Institute who measured for aerosols – tiny chemical particles like grains of sand, dust, pollen, soot, sulfuric acid, and so on – throughout the expedition. These particles attach to water molecules and aggregate to form clouds. On Mertz Glacier, her measurements revealed aerosol levels below 100 particles per cm3, which is less than the level found in a cleanroom.

Christel Hassler and her team, from the University of Geneva, studied bacteria and virus populations in the Southern Ocean. The team took some 170 samples from all around the continent. For the time being, their work consists in isolating and culturing the numerous cells found in the samples. “We will then analyze their DNA in order to identify them,” says Marion Fourquez, a marine biologist. “That will show us whether we have come across any new bacterial strains that have yet never been observed in this region.”

One of the subsequent lines of research will be to determine their geographical distribution. The researchers will be able to tell if there’s a link between the presence of a given bacterium and that of other microorganisms by comparing their data with data from other projects, like Nicolas Cassar’s. Cassar, from Duke University in the United States, measured concentrations of phytoplankton, which sit at the very bottom of the region’s food chain. “This approach worked out well, and we have nearly continuous samples from along the entire route,” says Walton.

Brian Miller, from the Australian Antarctic Division, was interested in somewhat larger animals. For his project, he used a piece of sophisticated acoustic equipment to listen for and count the number of whalesin the Southern Ocean. Walton notes: “In around 500 hours of recordings, the researchers counted for example over 3,000 individual blue whales, although we actually saw only three or so at the surface.” These cetaceans appear to be particularly plentiful in the depths of the Ross Sea.

Peter Ryan, from the University of Cape Town in South Africa, observed and counted bird populations. He discovered that one of the largest colonies of king penguins, on Pig Island in the Crozet archipelago, had declined drastically – he estimates the numerical loss to be around 75%. “That’s around half a million animals,” says Walton. “We don’t know if they’ve died or migrated to other colonies, like the one in St. Andrews Bay, in South Georgia, which is actually in a growth phase.”

More complete and detailed results will be published in the coming months.