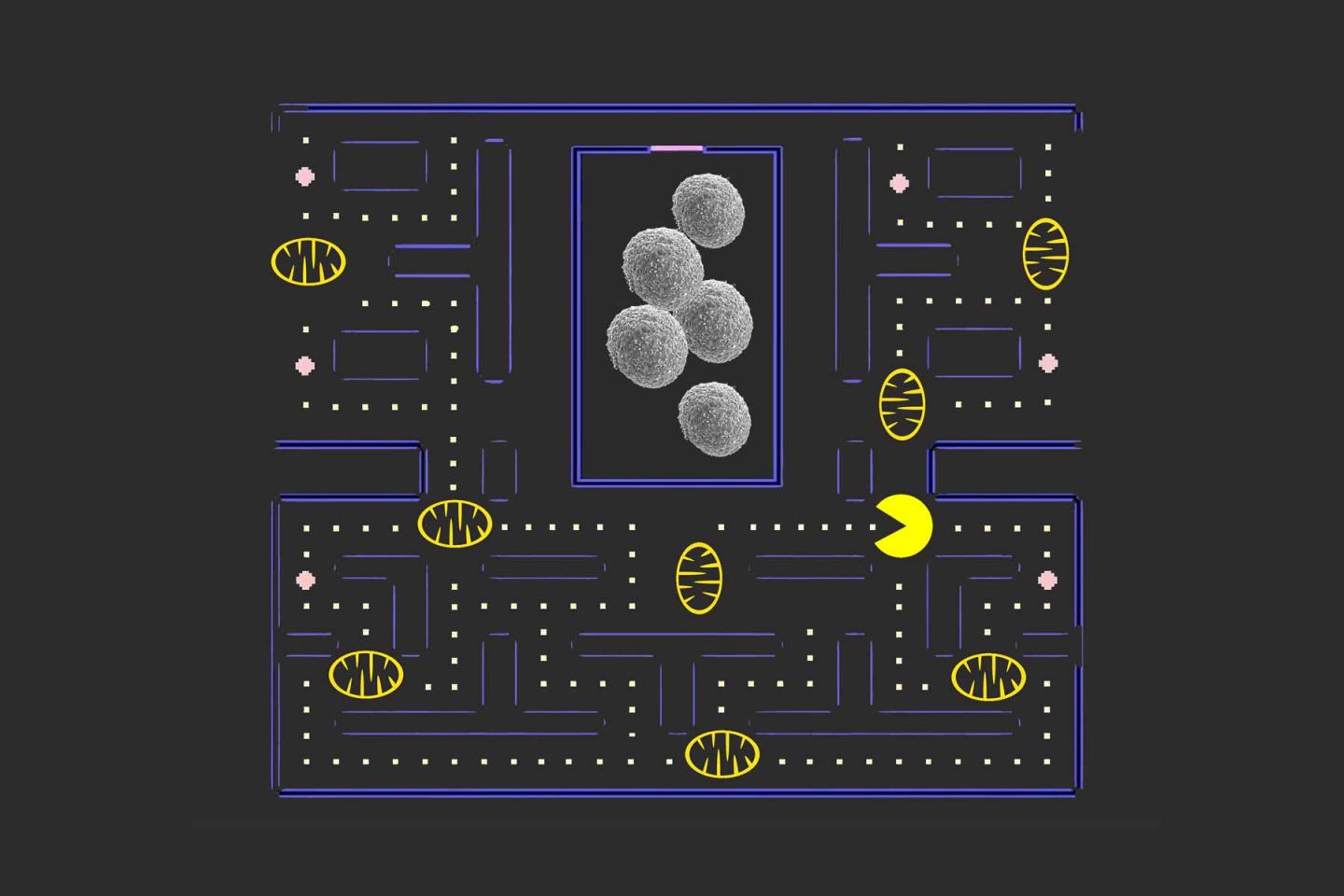 If mitophagy or Pac Man eats all the cell’s mitochondria, then the ‘seeds of cancer’ will be able to grow unhindered and develop more malignant tumors. Source: Keck School of Medicine of USC/Linya Wang

A Keck School of Medicine of USC research team has identified how cancer stem cells survive. This finding may one day lead to new therapies for liver cancer, one of the few cancers in the United States with an incidence rate that continues to balloon.

“Liver cancer is difficult to treat, and most patients who are diagnosed with it will die within a five-year period,” said Jing-Hsiung James Ou, senior author of a new study and a professor of molecular microbiology and immunology at the Keck School of Medicine. “My team has identified how liver cancer stem cells are maintained. Without these ‘seeds of cancer,’ liver tumors would shrink and eventually disappear.”

The study, published in the journal Molecular Cell on Oct. 12, is an example of how Keck School of Medicine researchers are finding biomedical solutions that in the distant future could improve medical treatment for patients. Ou believes the target therapy his team identified could also be used for other types of cancers.

A way to sidestep disease resistance

Liver cancer is resistant to most chemotherapy drugs. Only three drugs have been effective in shrinking liver tumors, but tumors become resistant to the treatment quickly, according to the American Cancer Society.

Ou and his colleagues found that mitophagy, the removal of damaged mitochondria (the cell’s energizer batteries), is a potential therapeutic target. Mitophagy can cause tumors to proliferate. That is because a powerful tumor suppressor called p53 attaches itself to mitochondria. Removing mitochondria inadvertently removes the body’s natural ability to keep tumors at bay.

If a lot of damaged “batteries” are removed, then the tumor suppressor p53 will also be removed: More cancer stem cells will be created, resulting in more malignant tumors. However, if this cell cleaning process is temporarily halted, then the number of cancer stem cells will diminish. Without these seeds of cancer, tumors will regress until they no longer exist, Ou said.