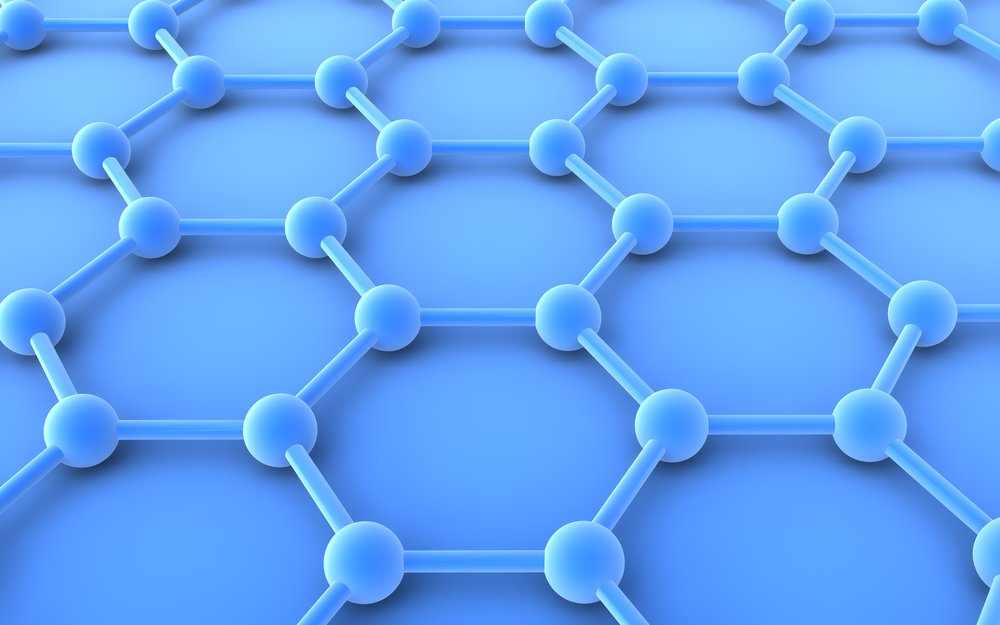 An international team of scientists has discovered a new route to ultra-low-power transistors using a graphene-based composite material.

As transistors are squeezed into ever smaller areas within computer chips, the semiconductor industry struggles to contain overheating in devices.

Now researchers from the University of York and Roma Tre University believe the solution lies in composite materials built from monolayers of graphene and the transition metal dichalcogenide (TMDC).They discovered these materials could be used to achieve a fine electrical control over the electron's spin - its tiny compass needle.

The new research, published today in the journal Physical Review Letters, could lead the way to much needed low-energy consumption electronics.

Lead researcher Dr Aires Ferreira, of the University of York's Department of Physics, said: "For many years, we have been searching for good conductors allowing efficient electrical control over the electron's spin.

"We found this can be achieved with little effort when two-dimensional graphene is paired with certain semiconducting layered materials. Our calculations show that the application of small voltages across the graphene layer induces a net polarization of conduction spins.

"We believe that our predictions will attract substantial interest from the spintronics community. The flexible, atomically thin nature of the graphene-based structure is a major advantage for applications. Also, the presence of a semiconducting component opens up the possibility for integration with optical communication networks."

The electron's spin is like a tiny, point-like magnet which can point only in two directions, up or down. In materials where a major fraction of electrons' spins is aligned, a magnetic response is produced, which can be used to encode information.

'Spin currents' - built from 'up' and 'down' spins flowing in opposite directions - carry no net charge, and therefore in theory, produce no heating. The control of spin information would therefore open the path towards ultra-energy-efficient computer chips. The team of researchers showed that when a small current is passed through the graphene layer, the electrons' spin polarize in plane due to 'spin-orbital' forces brought about by the proximity to the TMDC base. They also showed that the efficiency of charge-to-spin conversion can be quite high even at room temperature.

Manuel Offidani, a PhD student with York's Department of Physics, carried out most of the complex calculations in this study. He said: "The current-induced polarization of the electron's spin is an elegant relativistic phenomenon that arises at the interface between different materials.

"We chose graphene mainly because of its superb structural and electronic properties. In order to enhance the relativistic effects experienced by charge carriers in graphene, we investigated the possibility of matching it with recently discovered layered semiconductors."

Professor Roberto Raimondi, who leads the spintronics group at Roma Tre University, said: "The possibility of orienting the electron spin with electrical currents is attracting a lot of attention in the spintronics community and arises generally as a consequence of specific symmetry conditions.

"As such this phenomenon represents a perfect example where fundamental and applied research go happily together. In this respect, our calculations demonstrate that graphene combined with the transition metal dichalcogenides is an ideal platform where abstract theoretical principles may find immediate application in showing the way to experimental and technological development."

Current-induced spin polarization in non-magnetic media was first demonstrated in 2001 in semiconductors and, more recently, in metallic hetero-interfaces. Now the researchers predict that a similar effect occurs in graphene on TMDC monolayer.

Surprisingly they found that the unique character of electronic states in graphene enable charge-to-spin conversion efficiency of up to 94 per cent. This opens up the possibility of a graphene-based composite material becoming the basis for ultra-compact and greener spin-logic devices.

Dr Mirco Milletarì, a former member of the spintronics group at Roma Tre University, said: "This work follows insights gained from understanding fundamental laws that enabled us to envisage systems where the efficiency of charge-to-spin conversion can be optimal for technological applications. In particular, the much needed low-energy consumption electronics that will improve durability and performances of future devices."