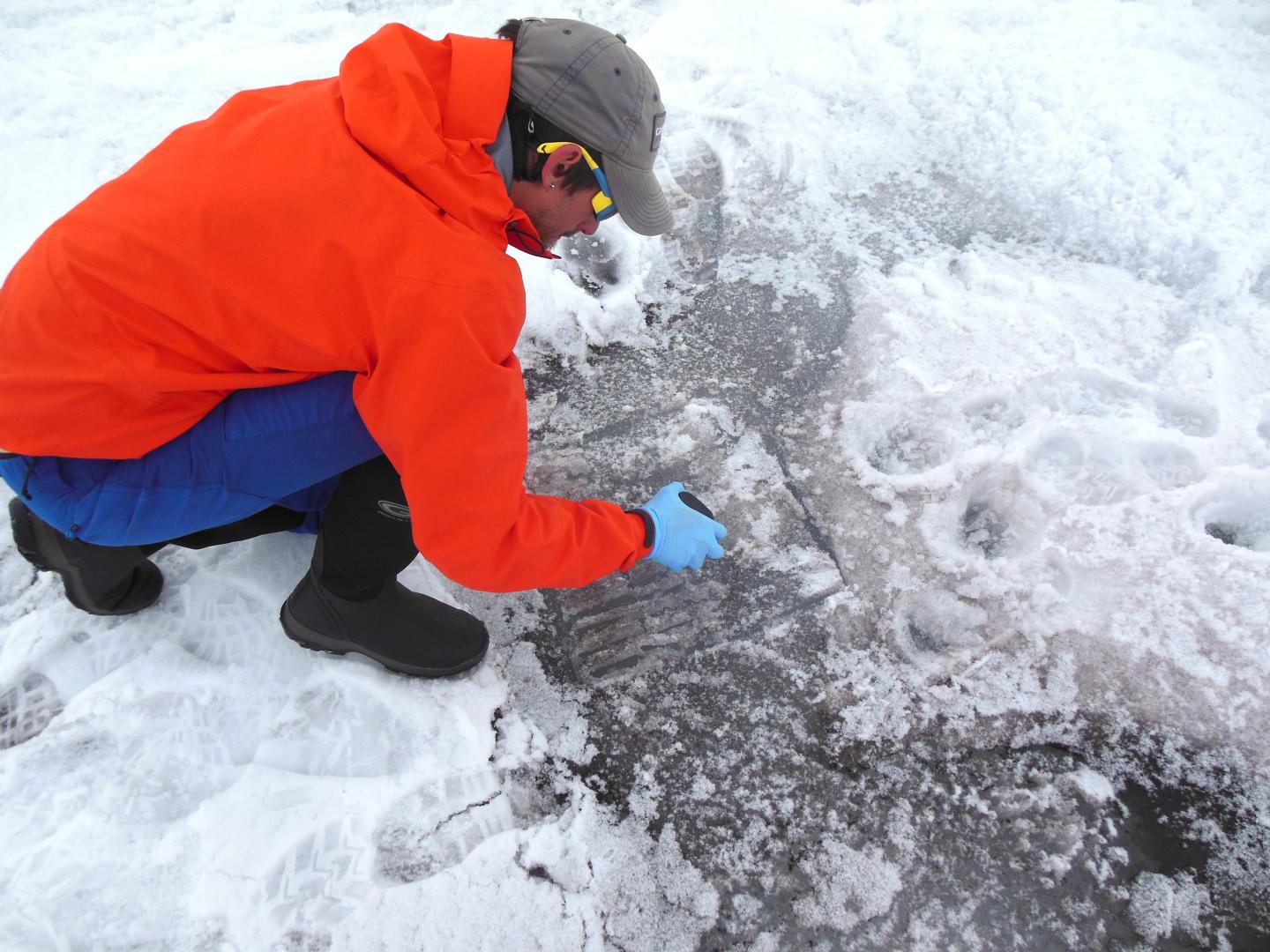 Algae growing on the Greenland ice sheet is significantly reducing the surface reflectivity of the ice sheet’s bare ice area.

New research indicates this may be contributing more to its melting than dust or black carbon while it also could influence scientists’ understanding of ice sheet melting and projections for future sea level rise.

“The novel aspect of our study is that we discover biological processes play an important role in ice sheet behavior,” Marek Stibal, a cryosphere ecologist at Charles University in Prague, said in a statement. “Glaciologists usually only look at inorganic materials when studying light reflectance and ice melt because biological processes are often too complicated to capture.

“But we find organisms can have a large-scale effect on a system that was previously studied in an abiotic context.”

Glaciologists have long known that mineral dust and black carbon can darken the surface of large ice sheets. Scientists study these impurities because they reduce the sheet’s albedo, or the extent to which it reflects light, which increases melting of the ice and affects projections of sea level rise. However, few studies have focused on the darkening effect of algal cells, which naturally grow on the ice sheet.

The researchers assessed in 2014 how surface ice algae contribute to darkening of the ice sheet and discovered that algae reduced the ice sheet’s albedo more than non-algal materials. They used portable spectrometers and albedometers to measure the reflectivity spectrum of the bare ice surface over the course of 56 days in the summer.

The research team collected samples of surface ice and used a field microscope to characterize the algae and count the number of algal cells in each sample. They then analyzed the relationship between the growth of the algae and the amount of light being reflected by the ice sheet surface.

The team calculated algal growth accounted for approximately 70 percent of the variation in the light reflectance data, making it the dominant contributor to the phenomenon, with the rest of the variation was due to rain and how much time had passed, and non-algal impurities were not significant in their analysis.

Stibal predicted that a warming climate could lead to large algal populations.

“As the climate warms, the area that the algae can grow in will expand, so they’ll colonize more of the ice sheet,” he said. “Additionally, the growing season will lengthen, so the contribution of algae to melting of the ice will probably increase over time.”