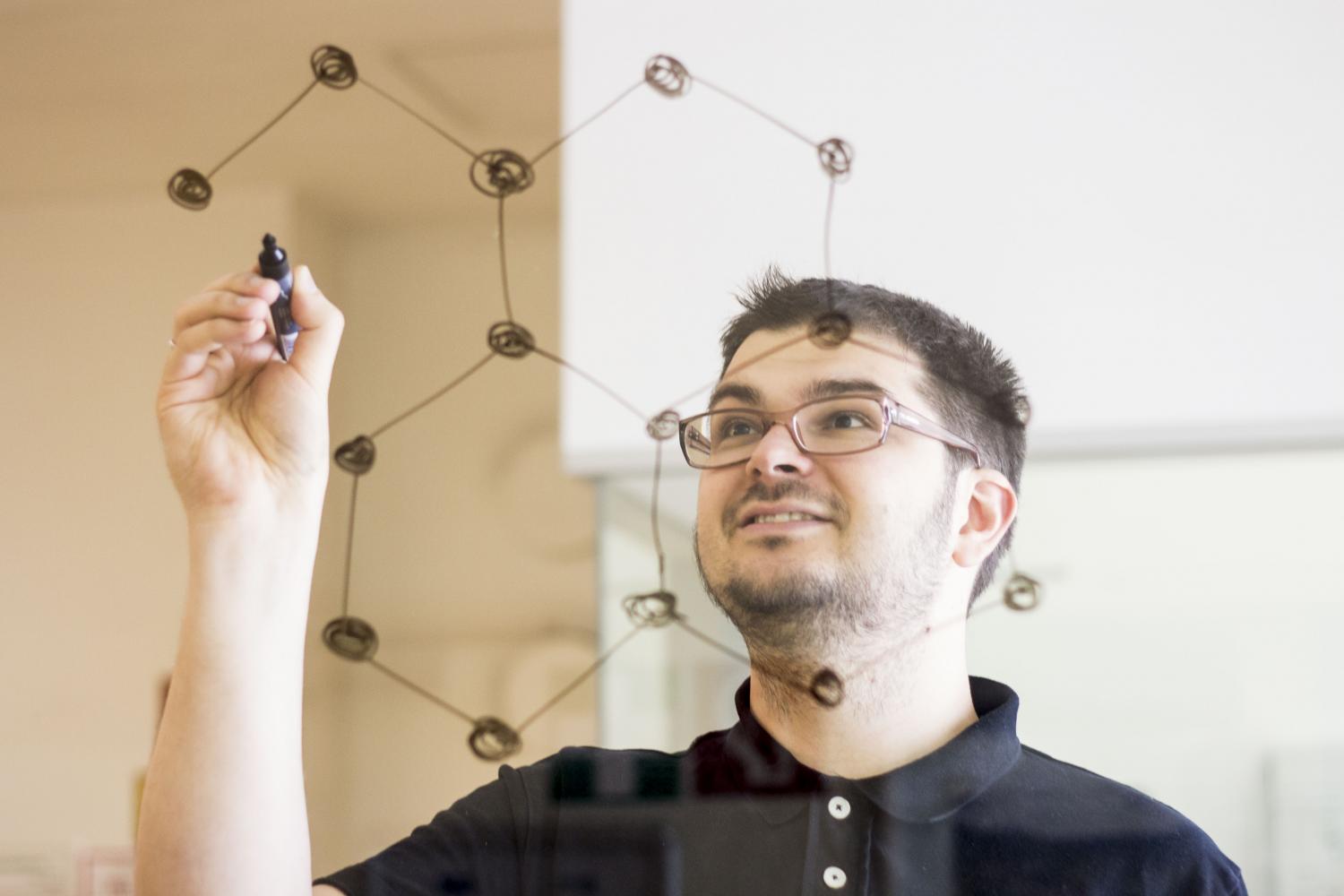 In a tiny quantum prison, electrons behave quite differently as compared to their counterparts in free space. They can only occupy discrete energy levels, much like the electrons in an atom – for this reason, such electron prisons are often called “artificial atoms”. Artificial atoms may also feature properties beyond those of conventional ones, with the potential for many applications for example in quantum computing. Such additional properties have now been shown for artificial atoms in the carbon material graphene. The results have been published in the journal Nano Letters, the project was a collaboration of scientists from TU Wien (Vienna, Austria), RWTH Aachen (Germany) and the University of Manchester (GB).

“Artificial atoms open up new, exciting possibilities, because we can directly tune their properties”, said Prof. Joachim Burgdörfer (TU Wien, Vienna). In semiconductor materials such as gallium arsenide, trapping electrons in tiny confinements has already been shown to be possible. These structures are often referred to as “quantum dots”. Just like in an atom, where the electrons can only circle the nucleus on certain orbits, electrons in these quantum dots are forced into discrete quantum states.

Even more interesting possibilities are opened up by using graphene, a material consisting of a single layer of carbon atoms, which has attracted a lot of attention in the last few years. “In most materials, electrons may occupy two different quantum states at a given energy. The high symmetry of the graphene lattice allows for four different quantum states. This opens up new pathways for quantum information processing and storage” explains Florian Libisch from TU Wien. However, creating well-controlled artificial atoms in graphene turned out to be extremely challenging.

Cutting edge is not enough

There are different ways of creating artificial atoms: The simplest one is putting electrons into tiny flakes, cut out of a thin layer of the material. While this works for graphene, the symmetry of the material is broken by the edges of the flake which can never be perfectly smooth. Consequently, the special four-fold multiplicity of states in graphene is reduced to the conventional two-fold one.

Therefore, different ways had to be found: It is not necessary to use small graphene flakes to capture electrons. Using clever combinations of electrical and magnetic fields is a much better option. With the tip of a scanning tunnelling microscope, an electric field can be applied locally. That way, a tiny region is created within the graphene surface, in which low energy electrons can be trapped. At the same time, the electrons are forced into tiny circular orbits by applying a magnetic field. “If we would only use an electric field, quantum effects allow the electrons to quickly leave the trap” said Libisch.

The artificial atoms were measured at the RWTH Aachen by Nils Freitag and Peter Nemes-Incze in the group of Professor Markus Morgenstern. Simulations and theoretical models were developed at TU Wien (Vienna) by Larisa Chizhova, Florian Libisch and Joachim Burgdörfer. The exceptionally clean graphene sample came from the team around Andre Geim and Kostya Novoselov from Manchester (GB) – these two researchers were awarded the Nobel Prize in 2010 for creating graphene sheets for the first time.

The new artificial atoms now open up new possibilities for many quantum technological experiments: “Four localized electron states with the same energy allow for switching between different quantum states to store information”, said Joachim Burgdörfer. The electrons can preserve arbitrary superpositions for a long time, ideal properties for quantum computers. In addition, the new method has the big advantage of scalability: it should be possible to fit many such artificial atoms on a small chip in order to use them for quantum information applications.