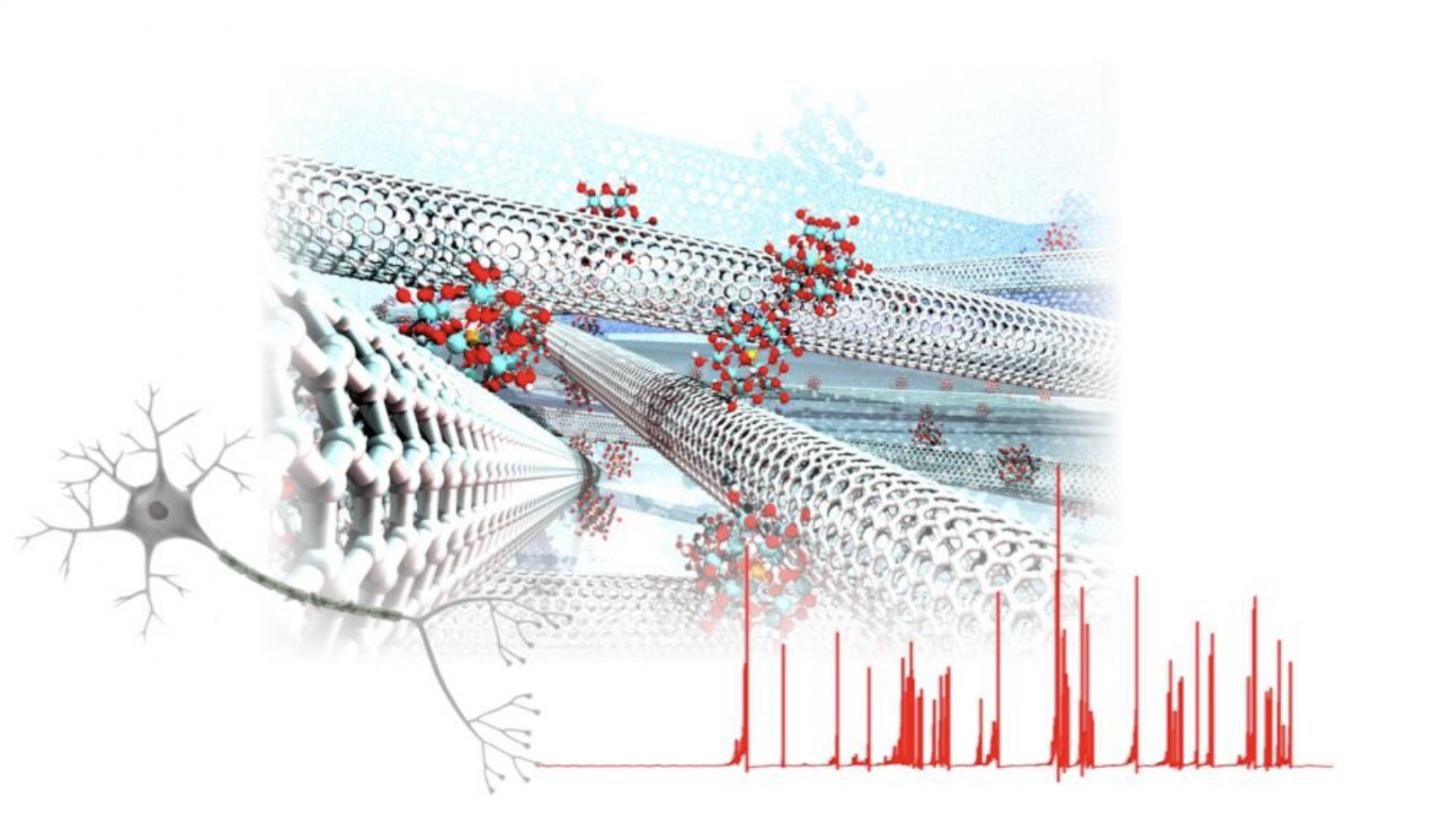 The two key features of neural circuits are “learning ability of synapses” and “nerve impulses or spikes.” As brain science progresses, brain structure has been gradually clarified, but it is too complicated to completely emulate. Scientists have tried to replicate brain function by using simplified neuromorphic circuits and devices that emulate a part of the brain’s mechanisms.

In developing neuromorphic chips to artificially replicate the circuits that mimic brain structure and function, the functions of generation and transmission of spontaneous spikes that mimic nerve impulses (spikes) have not yet been fully utilized.

POM consists of metal atoms and oxygen atoms to form a 3-dimensional framework. (Figure 2) Unlike ordinary organic molecules, POM can store charges in a single molecule. In this study, it was thought that negative differential resistance and spike generation from the network were caused by nonequilibrium charge dynamics in molecular junctions in the network.

“The significance of our study is that a portion of brain function was replicated by nano-molecular materials. We demonstrated the possibility that the random molecular network itself can become neuromorphic AI,” says lead author Hirofumi Tanaka.

It is expected that this group’s achievements will greatly contribute to the development of neuromorphic devices of the future.