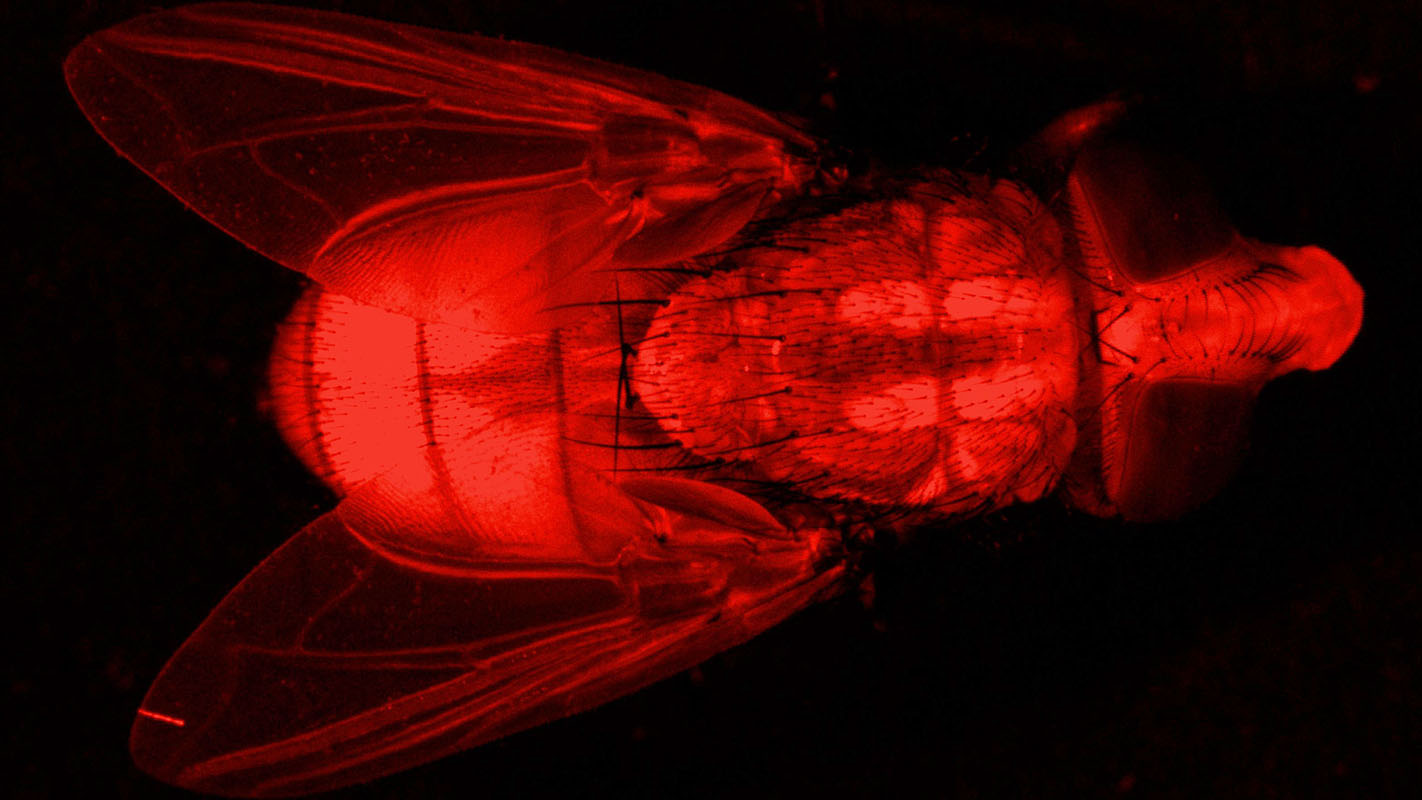 Populations of New World screwworm flies – devastating parasitic livestock pests in Western Hemisphere tropical regions – could be greatly suppressed with the introduction of male flies that produce only males when they mate, according to new research from North Carolina State University, the USDA’s Agricultural Research Service, the Panama-United States Commission for the Eradication and Prevention of Screwworm (COPEG) and the Smithsonian Tropical Research Institute.

Withholding tetracycline in the larval diet essentially means “It’s a boy” when the genetically modified male flies successfully mate with females in the field, says Max Scott, an NC State entomologist who is the corresponding author of a paper describing the research.

“Genetic suppression of a pest population is more efficient if only males survive, so we manipulated screwworm genes to promote a female-lethal system that works when a common antibiotic is not provided at larval stages,” Scott said. “If we feed the larvae the antibiotic both male and female survive and are as fit as the wild type strain.”

New World screwworm flies (Cochliomyia hominivorax) parasitize warm-blooded animals in the Western Hemisphere tropics and sub-tropics, causing massive financial and animal losses. The flies were eradicated from North and Central America years ago using the sterile insect technique, which has resulted in annual savings of more than $1 billion per year. However, the flies continue to wreak havoc across South America and some Caribbean islands.

Scott says that a sterile insect technique has been used to keep the South American flies at bay. This technique involves irradiating both male and female flies to make them sterile and then releasing them – in an area between the Panama Canal and Colombia – to mate with fertile flies in order to prevent screwworm re-introduction to Central and North America.

“This is a bit inefficient, as sterile males will mate with sterile females, which is totally unnecessary,” Scott says. “Releasing only males, would cut down on the costs of rearing sterile female flies and should significantly increase the efficiency of the suppression program. Plus, it would take fewer resources to begin screwworm eradication program in other afflicted areas, like the west coast of South America, for example.” In addition, the technology should be easily transferable to other flies that are pests of livestock such as the Old World screwworm.

Scott added that COPEG will now evaluate one of the genetically modified screwworm fly lines. That commission has worked to prevent the reintroduction of the pest into North and Central America and is responsible for the current sterile insect technique program. All of the genetically modified strains were developed within the COPEG biosecure facility in Panama, which will facilitate incorporation of the strains into the ongoing operational program.

The study was published online in the journal BMC Biology. Funding was provided by USDA’s Agricultural Research Service and its National Institute of Food and Agriculture BRAG program, COPEG and NC State.