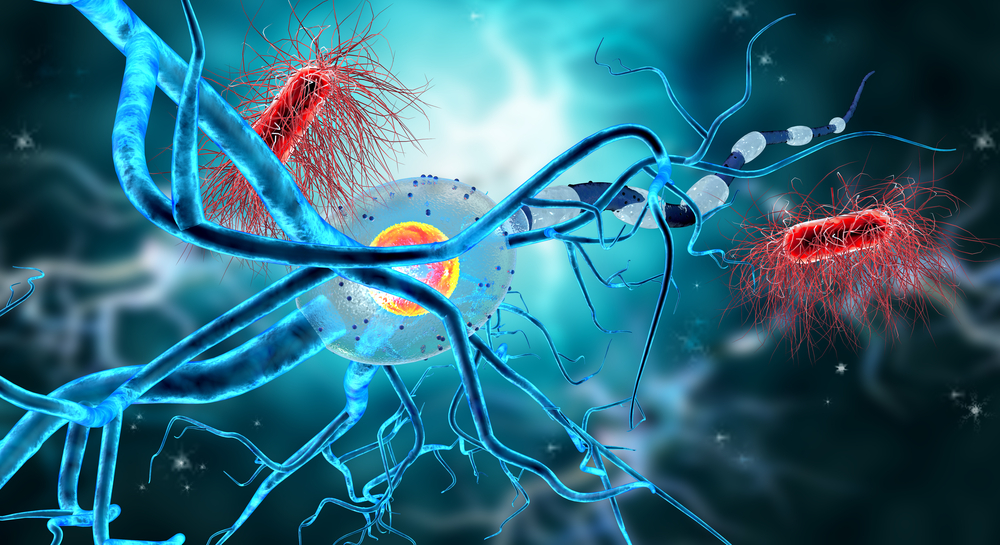 The study was based on a hypothesis that targeting limbic neural pathways would modulate the affective sphere of pain and alleviate suffering. Previous studies have focused on modulation of pain transmission and amplitude.

For the study, researchers from the Cleveland Clinic enrolled ten patients with longstanding post-stroke pain syndrome.

Post-stroke pain syndrome was chosen “because it is associated with severe, refractory pain and patients with this syndrome are in need of therapies to alleviate suffering and disability,” said lead investigator Andre Machado, M.D., Ph.D., Chairman of Cleveland Clinic’s Neurological Institute in a press statement.

All ten patients underwent bilateral implantation of electrode array leads through the anterior limb of the internal capsule (ALIC) into the ventral striatum (VS).

“We targeted the VS/ALIC because of its well-established role in controlling emotion and behavior and the documented safety of DBS in this brain region for treating OCD and treatment-resistant depression,” said Machado.

One month after implantation, patients were randomized to receive either DBS or the sham control for three months and then switched to the treatment they did not receive for another three months. After this blinded phase, patients underwent an 18-month open stimulation phase.

The primary endpoint was a greater than 50 percent improvement on the Pain Disability Index (PDI) in 50 percent of patients with active DBS compared to sham.

Results showed no significant difference seen in pain-related disability on the PDI between active and sham treatment during the blind stimulation phase. However, while the study did not meet its primary and secondary endpoints, researchers noted that DBS demonstrated an acceptable safety profile and statistically significant improvements on multiple outcome measures related to the affective sphere of pain (eg, Montgomery–Åsberg Depression Rating Scale, Beck Depression Inventory, Affective Pain Rating Index of the Short-Form McGill Pain Questionnaire).

Researchers believe the results justify further investigation into this treatment approach and plan to initiate a multicenter study to confirm these findings.

The investigators reported these findings at the 2017 annual scientific meeting of the American Association of Neurological Surgeons. The study was also published in the May 2017 issue of Annals of Neurology.