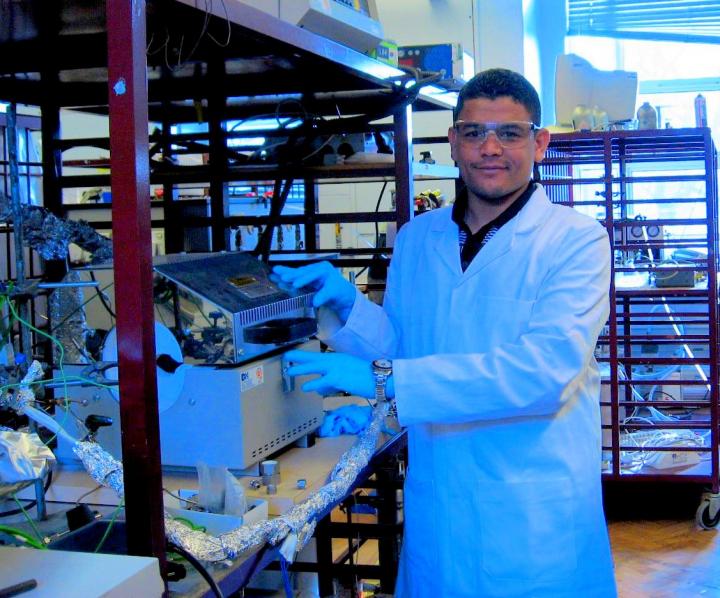 A researcher at Queen’s University Belfast has discovered a way to convert dirty aluminium foil into a biofuel catalyst, which could help to solve global waste and energy problems.

In the UK, around 20,000 tonnes of aluminium foil packaging is wasted each year – enough to stretch to the moon and back. Most of this is landfilled or incinerated as it’s usually contaminated by grease and oils, which can damage recycling equipment.

However, Ahmed Osman, an Early Career Researcher from Queen’s University’s School of Chemistry and Chemical Engineering, has worked with engineers at the university to create an innovative crystallisation method, which obtains 100% pure single crystals of aluminium salts from the contaminated foil. This is the starting material for the preparation of alumina catalyst.

Usually, to produce this type of alumina it would have to come from bauxite ore, which is mined in countries such as West Africa, the West Indies and Australia, causing huge environmental damage.

Osman, who took on the project under the University’s Sustainable Energy, Pioneering Research Programme, has created a solution which is much more environmentally-friendly, effective and cheaper than the commercial catalyst which is currently available on the market for the production of dimethyl ether – a biofuel which is regarded as the most promising of the 21st century. Osman says making the catalyst from aluminium foil cost about £120/kg while the commercial alumina catalyst comes in at around £305/kg.

Its unique thermal, chemical and mechanical stability means it can also be used as an absorbent, in electronic device fabrication, as a cutting tool material or as an alternative for surgical material for implants.

The ground-breaking research has been published in Scientific Reports.

Osman commented: “I have always been inspired by Chemistry and I believe that catalysis especially can make the world a better place. One day I took a walk through our laboratories at Queen’s and found lots of Aluminium foil waste so I did a little digging and after speaking to my colleagues, I ran my experiment and was astonished by the ultrapure single crystals – I didn’t expect it to be 100% pure.

“At Queen’s, our scientists and engineers often work hand in hand on common challenging problems for the society. By using our joint expertise, we have been able to tackle the issue of sustainable development and come up with a research solution which lies in an area between chemistry and chemical engineering.

“This breakthrough is significant as not only is the alumina more pure than its commercial counterpart, it could also reduce the amount of aluminium foil going to landfill while also sidestepping the environmental damage associated with mining bauxite.”

Osman is hoping to continue his research into how these catalysts can be further improved and explore the opportunities for commercialisation of biofuel production or use the modified alumina catalyst in the catalytic converters in natural gas vehicles.