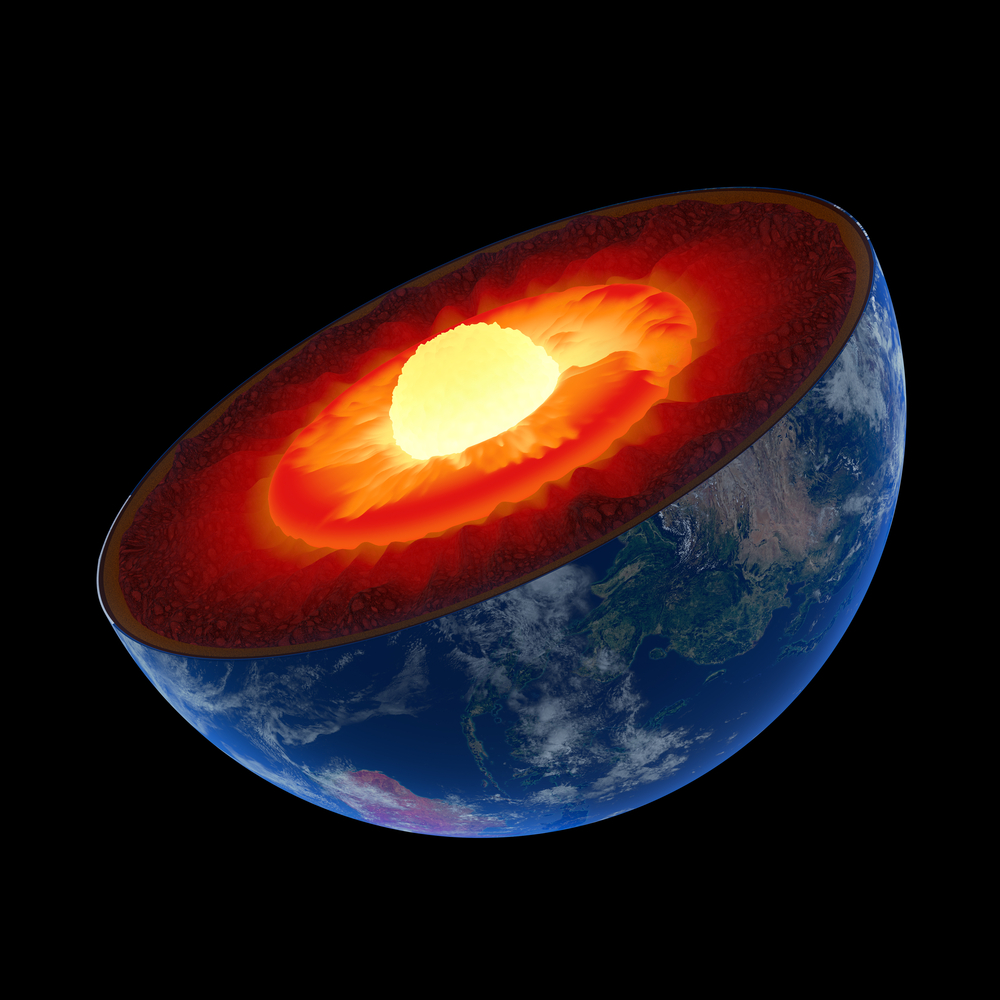 The Earth’s inner core is likely solid, giving researchers new insight into how the planet was formed.

Researchers from the Australian National University believe they have direct proof that the inner core is solid after developing a method to detect shear waves–also called J waves–a type of wave that can only travel through solid objects in the inner core.

“We found the inner core is indeed solid, but we also found that it’s softer than previously thought,” associate professor Hrvoje Tkalčić said. “It turns out – if our results are correct – the inner core shares some similar elastic properties with gold and platinum. The inner core is like a time capsule, if we understand it we’ll understand how the planet was formed, and how it evolves.”

Inner core shear waves are unable to be observed directly because they are so small and feeble.

However, the researchers developed a correlation wavefield method that looks at the similarities between the signals at two receivers after a major earthquake, as opposed to the direct wave arrivals. A similar technique is used to measure the thickness of ice in Antarctica.

“We’re throwing away the first three hours of the seismogram and what we’re looking at is between three and 10 hours after a large earthquake happens. We want to get rid of the big signals,” Tkalčic said.

“Using a global network of stations, we take every single receiver pair and every single large earthquake – that’s many combinations – and we measure the similarity between the seismograms,” he added. “That’s called cross correlation, or the measure of similarity. From those similarities we construct a global correlogram – a sort of fingerprint of the earth.”

According to the study, the results can be used to demonstrate the existence of J waves and infer the shear wave speed in the inner core.

However, the results also can shed light on other aspects of the inner core.

“For instance we don’t know yet what the exact temperature of the inner core is, what the age of the inner core is, or how quickly it solidifies, but with these new advances in global seismology, we are slowly getting there,” Tkalčić said. “The understanding of the Earth’s inner core has direct consequences for the generation and maintenance of the geomagnetic field, and without that geomagnetic field there would be no life on the Earth’s surface.”