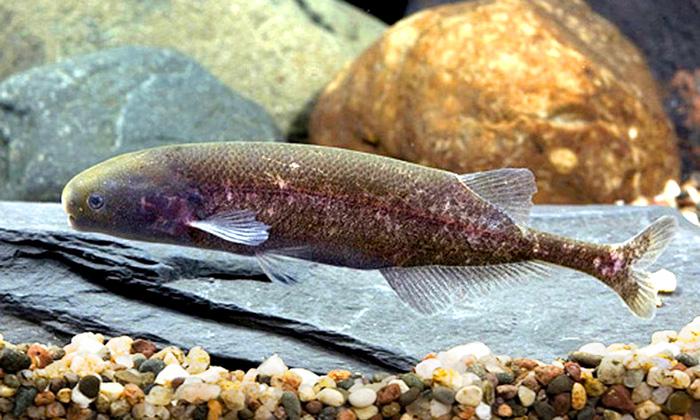 Deep in the night in muddy African rivers, a fish uses electrical charges to sense the world around it and communicate with other members of its species. Signaling in electrical spurts that last only a few tenths of a thousandth of a second allows the fish to navigate without letting predators know it is there. Now scientists have found that the evolutionary trick these fish use to make such brief discharges could provide new insights, with a bearing on treatments for diseases such as epilepsy.

In a new paper in the journal Current Biology, scientists led by a team at The University of Texas at Austin and Michigan State University outline how some fish, commonly referred to as baby whales, have developed a unique bioelectric security system that lets them produce incredibly fast and short pulses of electricity so they can communicate without jamming one another's signals, while also eluding the highly sensitive electric detection systems of predatory catfish."

In a specialized electric organ near the tail, weakly electric fish, like the baby whales, possess a protein that also exists in the hearts and muscles of humans. The electrical pulses generated through this protein, called the KCNA7 potassium ion channel, last just a few tenths of a thousandth of a second, and some electric fish have adapted to discriminate between timing differences in electrical discharges of less than 10 millionths of a second.

"Most fish cannot detect electric fields, but catfish sense them. The briefer electric fish can make their electric pulse, the more difficult it is for catfish to track them," said Harold Zakon, a professor in the departments of Integrative Biology and Neuroscience.

The team identified a negatively charged patch in the KCNA7 protein that allows the channel in the electric fish to open quickly and be more sensitive to voltage, allowing for the extremely brief discharges.

What scientists have learned about these fish, the electrical signals they use and how they evolved may help humans in the future by shedding light on how those same electrical pathways operate in conditions such as epilepsy, where electrical pulses in the brain and muscles cause seizures. The finding also may have implications for discoveries about migraines and some heart conditions.

"Mutations in potassium channels that make them too sensitive or not sensitive enough to electrical stimuli can lead to epilepsy or cardiac and muscle diseases," said Swapna Immani, first author of the paper and a research associate in neuroscience and integrative biology. "So understanding what controls the sensitivity of potassium channels to stimuli is important for health as well as a basic understanding of ion channels."

Previous understanding of the same protein was based on potassium channels in fruit flies, but researchers say this paper suggests that the particular region with the negative patch might function differently in vertebrates.

Looking at the evolution of the specialized electric organ also can provide important windows into how genes change and express themselves. By studying unique or extreme abilities in the animal kingdom, much can be learned about the genetic basis of adaptations, the paper says.

"The take-home message of our project is that strange animals like weakly electric fish can give very deep insights into nature, sometimes with important biomedical consequences," said Jason Gallant, assistant professor of integrative biology at Michigan State University and a researcher on the project. "We discovered something at first blush that would seem like an idiosyncrasy of the biology of electric fish, which is always exciting but lacks broad applicability. Because of the relaxed evolutionary constraints on this important potassium channel in electric fish, which don't have to follow the same rules normally imposed by nervous system or muscle, the tinkering of natural selection has revealed a physical 'rule' that we suspect governs potassium channels more broadly."