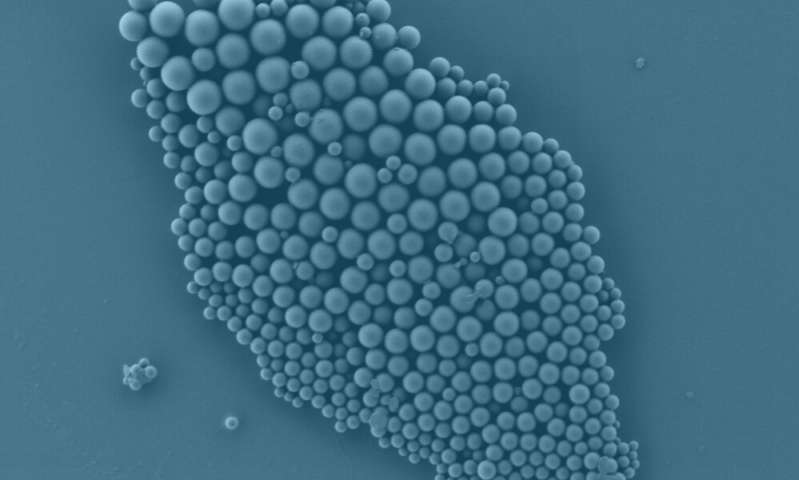 Plant diseases, though a normal part of nature, can have disastrous effects in agriculture. They reduce food for people and revenues in rural areas. In the worst cases they result in hunger and starvation, as many famines in history show. About 16 percent of all crops are lost to plant diseases each year across the world.

The Max Planck Institute for Polymer Research in Mainz has just delivered a double novelty to the scientific world: nanocarriers made of waste, which release drugs in a way that has cured a plant disease for the first time.

Nanocarriers are very tiny degradable capsules that have been studied for medical applications in the last 30 years. These nanocapsules are considered the “magic bullet” to cure human cancer, because they discharge the drug directly to the targeted cells.

Thanks to the European research funds of the BIOrescue project, the researchers at the Max Plank Institute investigated the possibility to transpose the same principle to cure plant diseases. They have been testing these nanocapsules to treat ESCA, a fungi disease that affects 2 billion grapevine plants across the world for which there has not been a cure so far.

Dr. Frederik Wurm, who is leading this research at Max Planck, said, “After two years of testing in our labs and then on Riesling vineyards in Germany, it looks like we have managed to reduce the symptoms of the disease. Further tests will confirm if this cure is a solution in the long term. If the effects are confirmed the same method can be extended potentially to any other disease in agriculture.”

The second novelty of these nanoscopic capsules is that they can be made of waste material—in this case, used mushrooms compost.

“Normally nanocarriers are made of polymers based on fossil fuels. In the past, we have developed biobased nanocarriers made of lignin coming from the paper and pulp industry. But this is the very first time we try to develop them from agricultural residues, which makes them a truly ‘circular’ product, from used plant fertilizer to plant cure. Nothing is going to be wasted!” said Wurm.

To obtain these tiny biodegradable capsules, the Max Planck researchers carried out a chemical conversion to transform the soluble lignin obtained after the pretreatment of used mushroom compost.

Afterwards the nanocarriers have been loaded with the drug that is usually sprayed on the plant with very limited effects. Thanks to the natural enzymatic degradation of the nanocarriers, the drug is released inside the plant in a controlled and progressive way. With this effective method the drug only targets the fungi, which destroy the plant from inside. Tests demonstrated that these nanocarriers are not toxic for the plants and do not reach the crop.

“Beyond the agricultural sector, the capsules have a myriad of other potential applications from food enhancement to pharmaceutical products. It’s only a matter of time until we find biobased nanocarriers available on the market for any of these uses,” said Wurm.