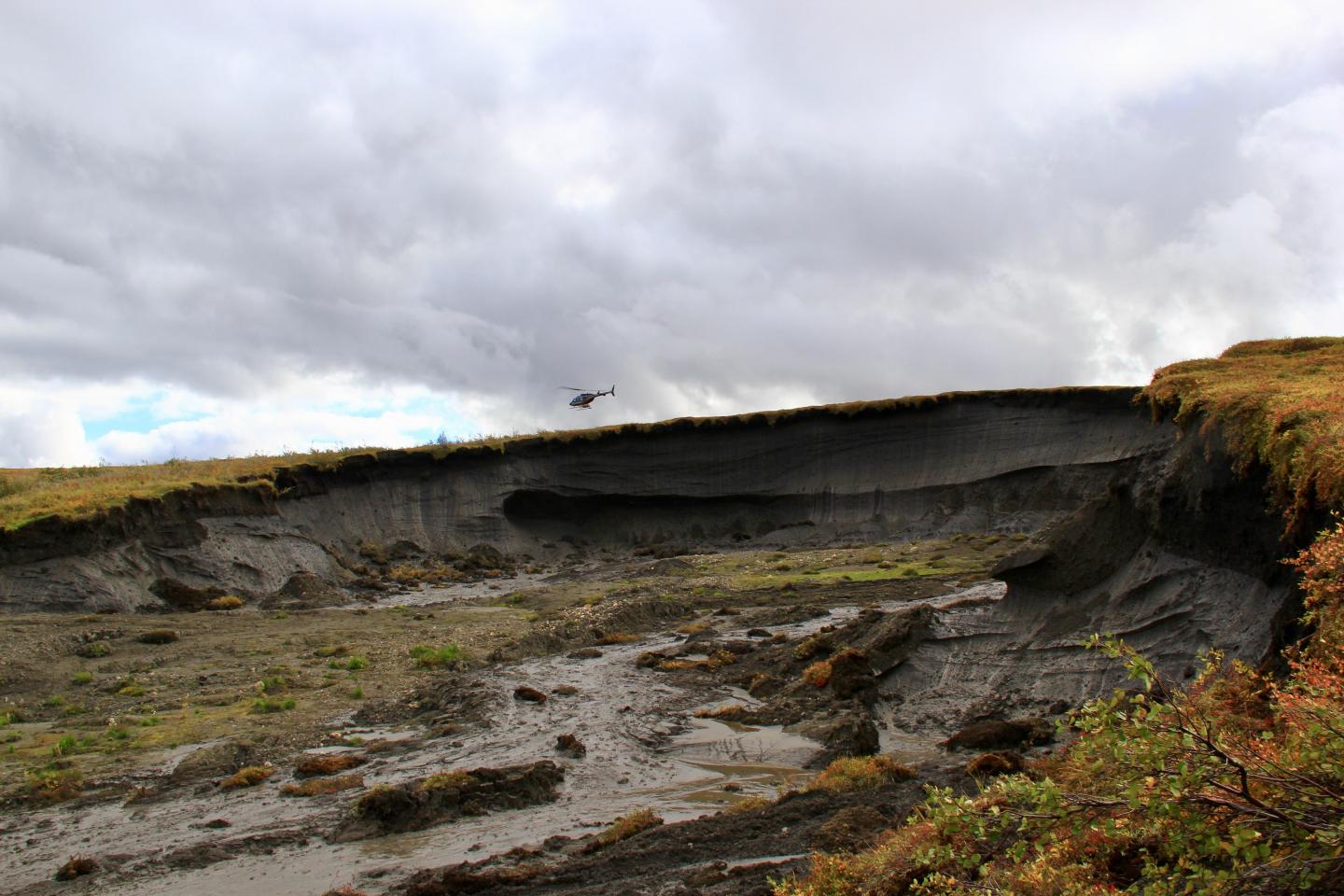 Pictured here is a permafrost thaw slump that is exposing sediment- and ice-rich permafrost on the Peel Plateau in Canada’s Northwest Territories.Credit: Scott Zolkos

The amount of carbon dioxide released from thawing permafrost might be greater than previously thought, according to a new study by University of Alberta ecologists. The research is the first to document the potential for substantial contributions of CO2 from thawing permafrost to the atmosphere through an inorganic process called mineral weathering.

Mineral weathering occurs when minerals previously locked-up in permafrost are exposed, and broken down into their chemical components by the sulfuric or carbonic acid that can exist naturally in water. Over long, geologic time scales, carbonic acid weathering is an important control on atmospheric CO2 levels and climate. Under the right conditions, however, weathering by sulfuric acid can release substantial CO2. Now, researchers from the Department of Biological Sciences have shown that these conditions are prevalent in the western Canadian Arctic, and are being enhanced by permafrost thaw.

“We found that rapidly thawing permafrost on the Peel Plateau in the Northwest Territories is greatly enhancing mineral weathering,” explained Scott Zolkos, PhD candidate and lead author on the study. “Because weathering is largely driven by sulfuric acid in this region, intensifying permafrost thaw could be an additional source of CO2 to the atmosphere.”

To understand regional impacts of permafrost thaw and weathering, Zolkos and his supervisor Suzanne Tank, assistant professor of biology, worked with scientists from the Northwest Territories Geoscience Office to examine long-term records of river chemistry from the Peel River. Their results reveal that sulfuric-acid driven weathering has intensified with regional permafrost thaw in recent decades, and likely increased CO2 release into surrounding water and air.

“Any additional warming in the Arctic, which is warming at twice the rate of the rest of the planet, promotes more permafrost thaw and thus poses substantial challenges to Arctic and global ecosystems,” explained Zolkos. Yet, the effects from this mineral weathering on climate warming remain largely unexplored–a problem that Zolkos and Tank hope to address.

“We’d like to thank the local Northern residents involved in our work,” added Zolkos, of his experience conducting the research project. The research partnership stems from the ongoing collaborators and Northwest Territories community interests in the downstream effects of permafrost thaw.