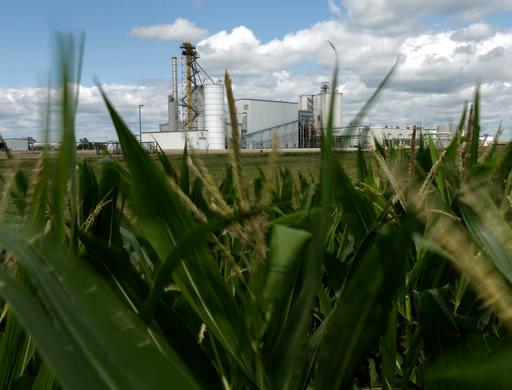 One of the main challenges of second-generation biofuel production is identifying enzymes produced by microorganisms for use in a “cocktail” of enzymes to catalyze biomass hydrolysis, in which the enzymes act together to break down the carbohydrates in sugarcane trash and bagasse, for example, and convert them into simple sugars for fermentation.

A group of researchers at the University of Campinas (UNICAMP), working in partnership with colleagues at the Brazilian Biorenewables National Laboratory (LNBR) in Campinas, São Paulo State, Brazil, have discovered that Trichoderma harzianum, a fungus found in the Amazon, produces an enzyme with the potential to play a key role in enzyme cocktails.

The enzyme, which is called β-glucosidase and belongs to glycoside hydrolase family 1 (GH1), acts in the last stage of biomass degradation to produce free glucose for fermentation and conversion into ethanol. In the laboratory, however, the researchers observed that high levels of glucose inhibited the activity of β-glucosidase.

“We also found that the enzyme’s optimal catalytic activity occurred at 40 °C. This represented another obstacle to use of the enzyme because in an industrial setting, the enzymatic hydrolysis of biomass is performed at higher temperatures, typically around 50 °C,” said Clelton Aparecido dos Santos, a postdoctoral researcher at UNICAMP’s Center for Molecular Biology and Genetic Engineering (CBMEG) with a scholarship from FAPESP.

Based on an analysis of the enzyme’s structure combined with genomics and molecular biology techniques, the researchers were able to modify the structure to solve these problems and considerably enhance its biomass degradation efficiency.

The study resulted from a project with a regular research grant from FAPESP and a Thematic Project also supported by FAPESP. The findings are published in the journal Scientific Reports.

“The modified protein we developed proved far more efficient than the unmodified enzyme and can be used to supplement the enzyme cocktails sold today to break down biomass and produce second-generation biofuels,” Santos told.

To arrive at the modified protein, the researchers initially compared the crystal structure of the original molecule with structures of other wild-type β-glucosidases in the GH1 and GH3 glycoside hydrolase families. The results of the analysis showed that glucose-tolerant GH1 glucosidases had a deeper and narrower substrate channel than other β-glucosidases and that this channel restricted glucose access to the enzyme’s active site.

Less glucose-tolerant β-glucosidases had a shallower but wider active site entrance channel, allowing more of the glucose produced by these enzymes to enter the last stage of biomass degradation. Retained glucose blocks the protein’s channel and reduces its catalytic activity.

Based on this observation, the researchers used a molecular biology technique known as site-directed mutagenesis to replace two amino acids that might be acting as “gatekeepers” at the entrance to the enzyme’s active site, letting in glucose or blocking it. Analysis of their experiments showed that the modification narrowed the channel to the active site.

“The mutant enzyme’s active site shrank to a similar size to that of the glucose-tolerant GH1 β-glucosidases,” Santos said.

The researchers conducted a number of experiments to measure the improved protein’s performance in breaking down biomass, especially sugarcane bagasse, an agroindustrial waste with vast potential for profitable use in Brazil. During a research internship abroad with a scholarship from São Paulo Research Foundation – FAPESP, Santos worked with a research group led by Paul Dupree, a professor at the University of Cambridge in the UK, on an analysis of the tailored enzyme’s glucose release efficiency when different sources of plant biomass were converted.

The analysis showed that the catalytic efficiency of the modified enzyme was 300% higher than that of the wild-type enzyme in terms of glucose release. Moreover, it was more glucose-tolerant, so more glucose was released from all the tested plant biomass feedstocks. The mutation also enhanced the enzyme’s thermal stability during fermentation.

“Mutation of the two amino acids at the active site made the enzyme superefficient. It’s ready for industrial application,” said Anete Pereira de Souza, a professor at UNICAMP and principal investigator for the project. “One of the enzyme’s advantages is that it’s produced in vitro and not from a modified fungus or other organism, so it can be mass-produced at relatively low cost.”