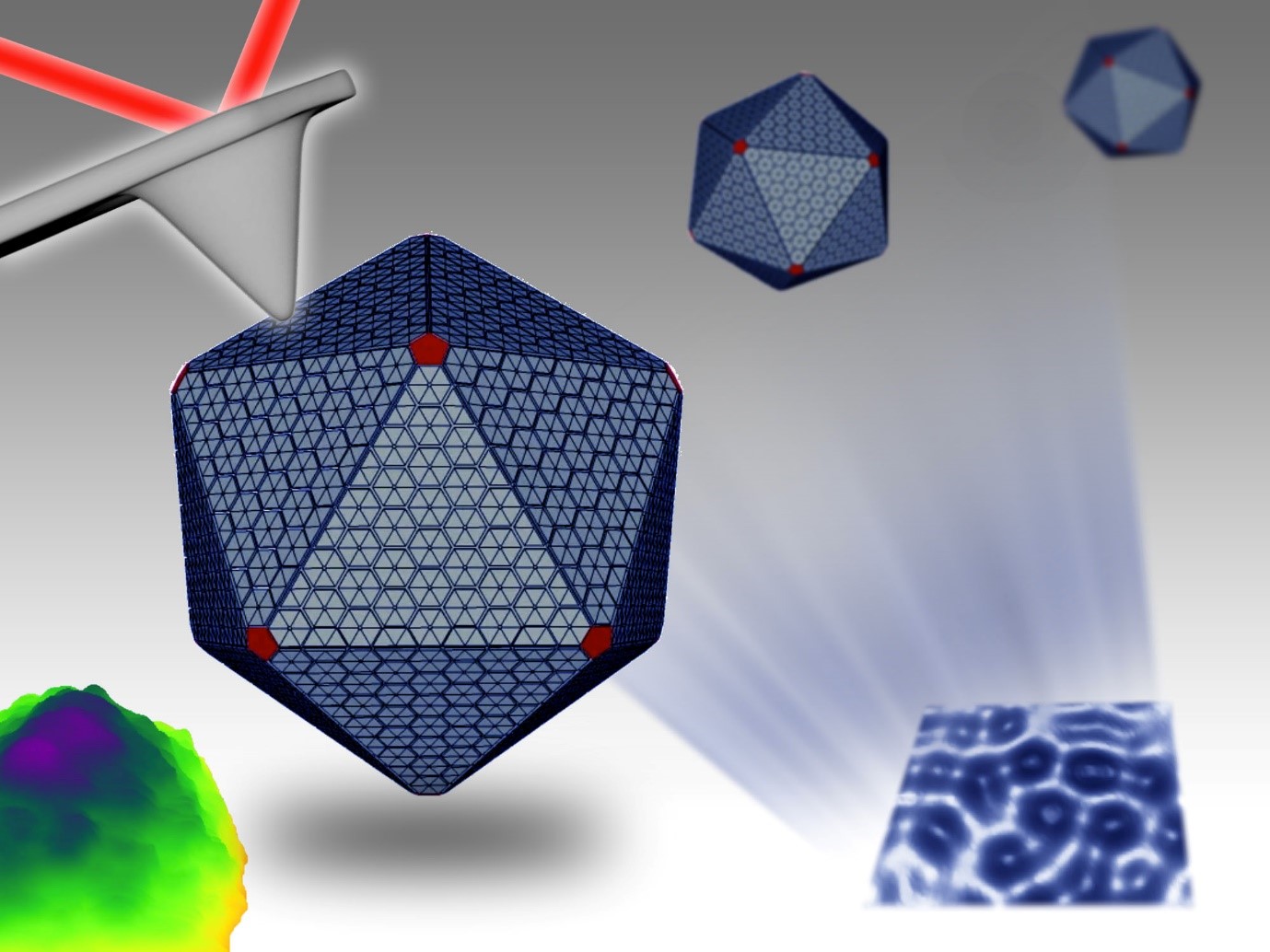 New research from the University of Liverpool, published in the journal Nanoscale, has probed the structure and material properties of protein machines in bacteria, which have the capacity to convert carbon dioxide into sugar through photosynthesis.

Cyanobacteria are a phylum of bacteria that produce oxygen and energy during photosynthesis, similar to green plants. They are among the most abundant organisms in oceans and fresh water. Unique internal ‘machines’ in cyanobacteria, called carboxysomes, allow the organisms to convert carbon dioxide to sugar and provide impacts on global biomass production and our environment.

Carboxysomes are nanoscale polyhedral structures that are made of several types of proteins and enzymes. So far, little is known about how these ‘machines’ are constructed and maintain their organisation to perform carbon fixation activity.

For the first time, the researchers were able to biochemically purify active carboxysomes from cyanobacteria and characterize their carbon fixation activity and protein composition. They then used electron microscopy and atomic force microscopy to visualise the morphology and internal protein organization of these bacterial machines.

Furthermore, the intrinsic mechanical properties of the three-dimensional structures were determined for the first time. Though structurally resembling polyhedral viruses, carboxysomes were revealed to be much softer and structurally flexible, which is correlated to their formation dynamics and regulation in bacteria.

Liu, said: “It’s exciting that we can make the first ‘contact’ with these nano-structures and understand how they are self-organised and shaped using state-of-the-art techniques available at the University. Our findings provide new clues about the relationship between the structure and functionality of native carboxysomes.”

The self-assembly and modularity features of carboxysomes make them interesting systems for nanoscientists, synthetic biologists and bioengineers, who hope to find ways to design new nanomaterials and nano-bioreactors.

“We’re now just starting to understand how these bacterial machines are built and work in nature. Our long-term vision is to harness the knowledge to make further steps towards better design and engineering of bio-inspired machines,” added Liu, “The knowledge and techniques can be extended to other biological machines.”