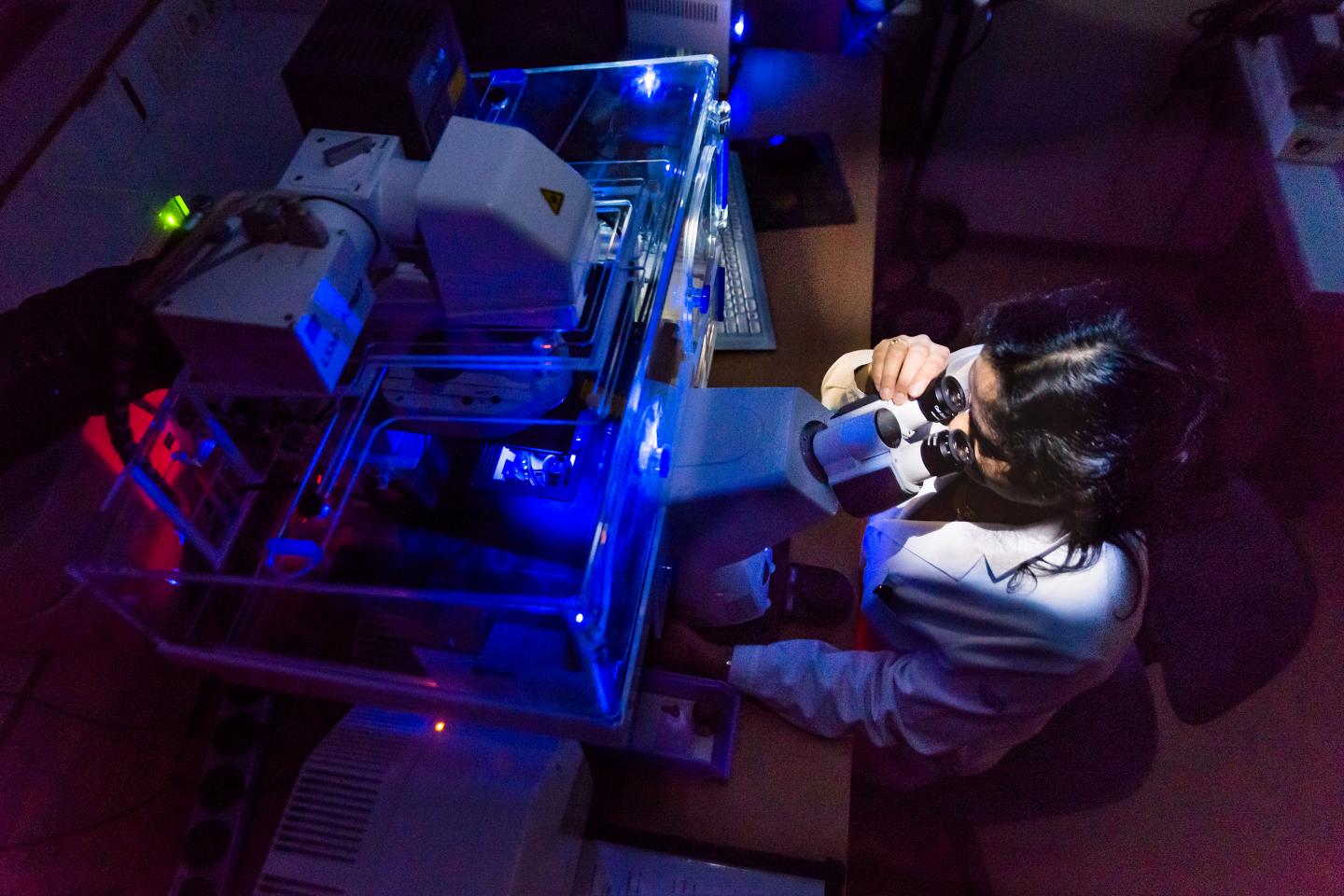 Researchers at Linköping University study how Alzheimer’s disease spreads in the brain.

The waste-management system of the cell appears to play an important role in the spread of Alzheimer’s disease in the brain. A new study has focused on small membrane-covered droplets known as “exosomes”. It was long believed that the main task of exosomes was to help the cell to get rid of waste products. In simple terms, they were thought of as the cell’s rubbish bags. However, our understanding of exosomes has increased, and we now know that cells throughout the body use exosomes to transmit information. It’s now known that the exosomes can contain both proteins and genetic material, which other cells can absorb.

The Linköping researchers have shown in the new study that exosomes can also transport toxic aggregates of the protein amyloid beta, and in this way spread the disease to new neurons. Aggregated amyloid beta is one of the main findings in the brains of patients with Alzheimer’s disease, the other being aggregates of the protein tau. As time passes, they form ever-increasing deposits in the brain, which coincides with the death of nerve cells. The cognitive functions of a person with Alzheimer’s disease gradually deteriorate as new parts of the brain are affected.

“The spread of the disease follows the way in which parts of the brain are anatomically connected. It seems reasonable to assume that the disease is spread through the connections in the brain, and there has long been speculation about how this spread takes place at the cellular level,” says Martin Hallbeck, associate professor in the Department of Clinical and Experimental Medicine at Linköping University and senior consultant of clinical pathology at Linköping University Hospital.

In a collaboration with researchers at Uppsala University, he and his co-workers have investigated exosomes in brain tissue from deceased persons. The research team at Linköping University found more amyloid beta in exosomes from brains affected by Alzheimer’s disease than in healthy controls. Furthermore, the researchers purified exosomes from the brains from people with Alzheimer’s disease, and investigated whether they could be absorbed by cells cultured in the laboratory.

“Interestingly, exosomes from patients were absorbed by cultured neurons, and subsequently passed on to new cells. The cells that absorbed exosomes that contained amyloid beta became diseased,” says Martin Hallbeck.

The researchers treated the cultured neurons with various substances that prevent exosomes from being formed, released, or absorbed by other cells. They were able to reduce the spread of the aggregated amyloid beta between cells by disrupting the mechanism in these ways. The methods used in these laboratory experiments are not yet suitable for treating patients, but the discovery is important in principle. “Our study demonstrates that it is possible to influence this pathway, and possibly develop drugs that could prevent the spreading. The findings also open up the possibility of diagnosing Alzheimer’s disease in new ways, by measuring the exosomes,” says Martin Hallbeck. The research has received financial support from donors that include the Swedish Research Council, the Swedish Alzheimer’s Foundation, and the Swedish Brain Foundation.