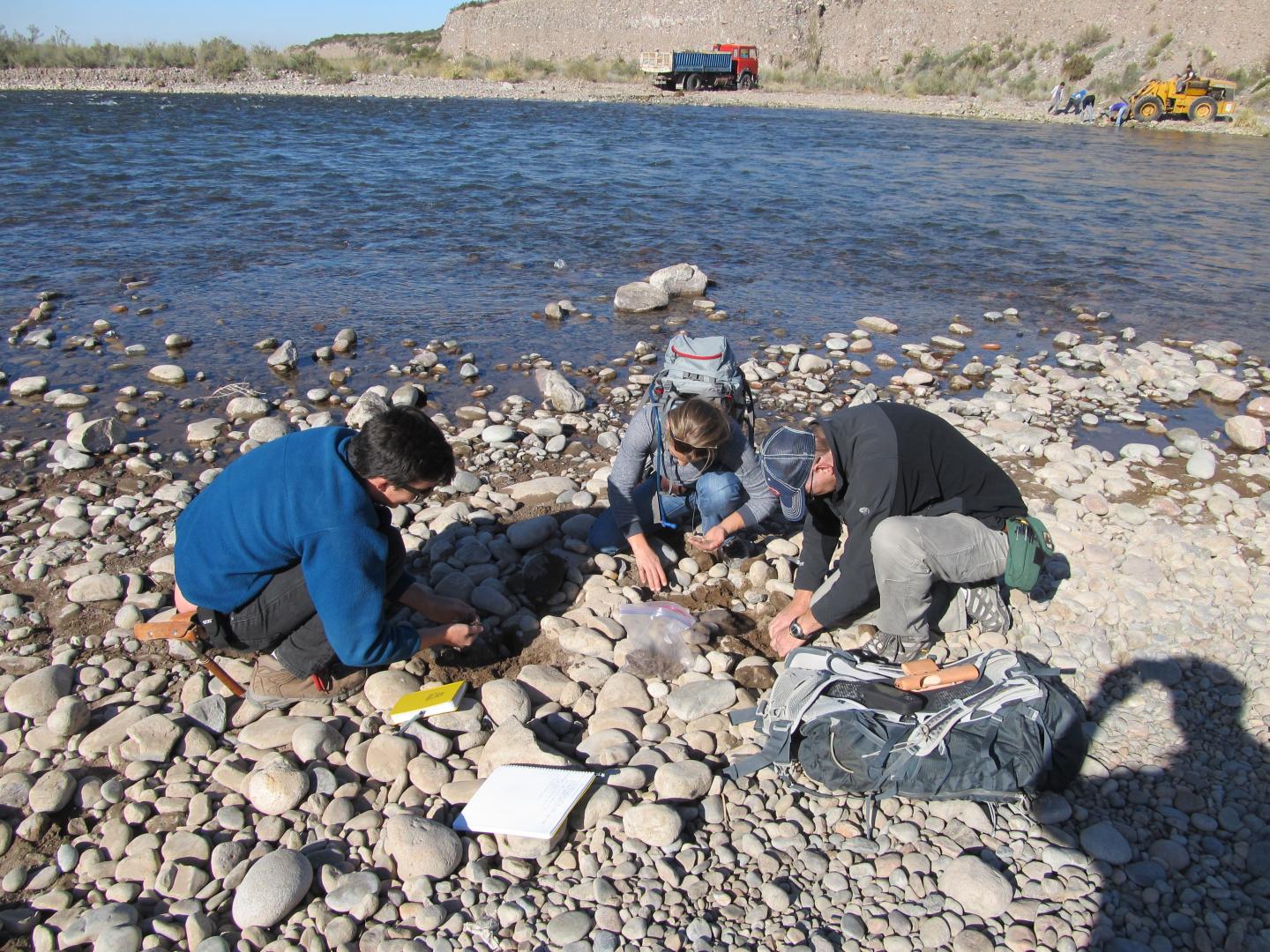 Geologists use zircon mineral grains to reconstruct what the Earth and its landscapes looked like in ancient times. These microscopic grains, commonly the width of a human hair, record detailed information on when and where they formed, making them a standard tool for studying how our planet has changed through the ages.

A new study led by The University of Texas at Austin Jackson School of Geosciences suggests that scientists may be able to better leverage zircon data to understand how landscapes have evolved over time by considering a suite of factors that can skew zircon geochronologic data and interpretation of the origin of sediments.

The study, published on Dec. 1 in Earth and Planetary Science Letters, focused on a method called detrital zircon U-Pb (uranium-lead) geochronology. Zircon is an ideal mineral to trace landscape evolution because it is found in most crustal rocks, is very durable (harder than diamond), and contains three isotopic clocks (chronometers) that geoscientist can utilize.

The researchers found that estimates of landscape erosion and sediment dispersal could be improved by taking several factors into account:

Tomas Capaldi, a Ph.D. student in the Jackson School's Department of Geological Sciences, led the study by collecting zircon grain samples from modern river watersheds in the Andes Mountains where the sediment sources and drainage networks are well known, which is not the case in ancient settings. Capaldi's goal was to test whether zircons in the river sand accurately reflected the erosion patterns of the modern Andes, and to understand the extent that the aforementioned factors--zircon fertility, bedrock erosion rate, and sediment recycling-- can impact results.

"We're exploring how we can use sediment from modern rivers to calibrate ourselves for the ancient sedimentary record," Capaldi said. The research involved collecting samples of river sands and bedrock from drainage basins in the Andes of western Argentina, across a region about one-fifth the size of Texas. Ph.D. student Margo Odlum and Ryan McKenzie, an assistant Professor at University of Hong Kong and former Jackson School Postdoctoral Fellow, assisted with the work. The team collected 21 river sand samples and 23 bedrock samples in the Rio Mendoza and Rio San Juan basins, dating about 120 zircon grains per sample.

The study found that the greatest difference between known upstream bedrock sources and downstream river sands was recorded by zircons in small, localized drainage catchments. Results varied by location. For example, researchers found that smaller, high elevation Andean river catchments eroded weaker bedrock units more easily and these sediment sources disproportionately contributedmore sand to the river than anticipated. In contrast, the zircons were more accurate when sampling larger river systems, which receive sand from the entire region and record the overall erosion of the Andes.

The findings are important because thousands of studies a year depend on detrital zircon U-Pb geochronology, said Jackson School Professor

Brian Horton, Capaldi's advisor and a co-author on the paper.

"They all make an assumption that these sediments, these zircon grains, are accurate reflections or one-to-one tracers of their source regions," Horton said. "It turns out there are some serious complications."

The good news is that this can be largely accounted for by researchers in the field and lab, said co-author and Jackson School Professor Danny Stockli.

"You might have to take some of these complications that Tomas points out, maybe even leverage them, to obtain a better understanding of long-term landscape evolution," he said.

Capaldi said that the study clarifies how these factors influence patterns of erosion and sediment dispersal, and warrant further research.

"This is the first stepping stone," he said. "We're trying to determine what these zircons, as potential erosional tracers, are really showing."

Stockli said that the work is vital because studies of river sands have exploded over the past decade by researchers trying to reconstruct ancient landscapes, and oil and gas companies trying to determine the link between sand and the generation of offshore energy reservoirs. "If you understand how river drainage areas evolved you learn something about how the surface of the planet was shaped in the past," Stockli said. "At the same time, people use these drainage areas to make predictions of how much sediment is delivered to the ocean. These sands provide a memory of landscape erosion as well as a predictor of what might be offshore."