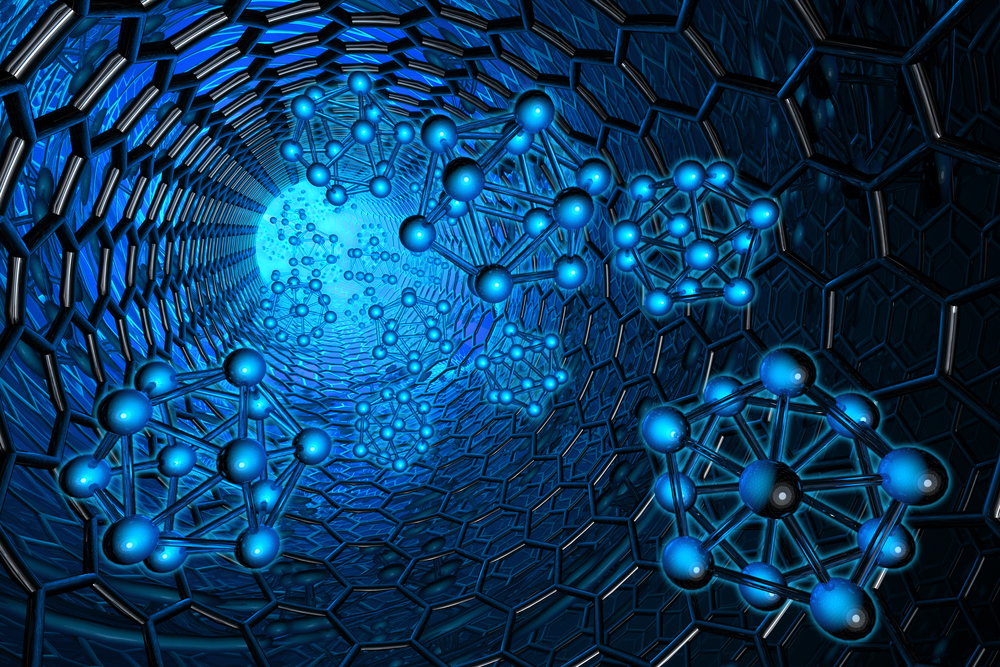 It may be a cliché, but in the world of nanotechnology, big things really do come in small packages.

According to the U.S. National Nanotechnology Initiative (NNI), nanotechnology as we now know it has only been around approximately 30 years. Despite the field’s relatively young lifespan, it has already made significant strides.

Today, researchers are developing everything from next-generation electronics to more effective drug delivery systems at the nanoscale. In February, R&D Magazine took a special focus on this up-and-coming area of research.

We kicked off our nanotechnology coverage highlighting a new method to enhance the capabilities of the memristor—an emerging nanotechnology that offers a simpler and smaller alternative to the transistor. In our article, “Memristor Could Enable More Data Storage” we outlined a new memristor technology that can store up to 128 discernible memory states per switch, which is almost four times higher than what has been previously reported.

In another article, “Achieving Printed Power Electronics Means Going Beyond Silver Nanoparticles” we outlined the limitations of 3D printed electronics using silver nanoparticle inks for systems that use high-current density known as “power electronics.” In the article, Greg Fritz, a material scientist in the Charles Stark Draper Laboratory, outlined the challenges with silver nanoparticle inks and his team’s research into alternative nano-layered materials for printing power electronics.

Expert contributor Ahmed A. Busnaina, the director of the Center for High-rate Nanomanufacturing (CHN) at Northeastern University, also shared an article outlining his research on nanoscale high-throughput printing technology. He explained a directed assembly-based printing processes developed by CHN in his article, “Scalable Printing Sensors and Electronics at the Nanoscale.”

In “Researchers Use Tin Oxide Nanocrystals to Improve Battery Performance,” we highlighted scientists at Washington State University’s School of Mechanical and Materials Engineering who utilized tin oxide nanocrystals to improve the performance of both sodium-ion and lithium-ion batteries.

Nanotechnology is not limited to applications within traditional ‘technology.’ Nanoscale science also has a growing presence in the medical field, as nanomaterials are being formulated with conventional pharmaceutical agents to create more effective, safer, and more targeted drug delivery systems. We outlined the overall benefits of this approach in “Nanotechnology Can Improve Safety, Effectiveness in Drug Delivery.” The article highlights the work of the Center for Nanotechnology in Drug Delivery at the UNC Eshelman School of Pharmacy which is investigating nanotechnology to treat stroke, neurodegenerative and neurodevelopmental disorders, nerve agent and pesticide poisoning and other diseases and injuries.

One disease area at the forefront of nanomedicine is oncology. We spoke with Piotr Grodzinski, PhD, the Chief of Nanodelivery Systems and Devices Branch at the Cancer Imaging Program of the National Cancer Institute (NCI), to learn more about the role of nanotechnology in oncology for our article, “Nanoparticle-Based Cancer Treatment: A Look at its Origins and What’s Next.” The first nanoparticle-based cancer treatment—a formulation of the chemotherapy agent doxorubicin delivered via the nanoparticle material liposome—was approved in 1995. Today, researchers are working on more complex innovations, such as nanoparticle combination therapies and nanoparticles for delivery of immunostimulatory or immunomodulatory molecules.

Graphene—a 2D nanomaterial consisting of a single layer of carbon atoms arranged in a hexagonal lattice—has a host of applications. We highlighted one that could improve food safety in, “New Lasing Method Enables Edible Graphene Food Trackers.” The article highlighted researchers from Rice University who had enhanced their laser-induced graphene technique to “write” graphene patterns onto food and other materials, enabling embed conductive identification tags and sensors onto products.

We also highlighted a way nanotechnology could be used to create a safer and cleaner environment in, “Nano-Crystals Key to Continuously Self-Cleaning Surfaces.”  The article features New Clean NanoSeptic Self-Cleaning Surfaces—skins and mats that can be adhered to most any surface that utilize mineral nano-crystals to create an oxidation reaction stronger than bleach, without using poisons, heavy metals or chemicals. The nano-crystals, charged by visible light, act as a catalyst and the oxidation reaction breaks down organic material into base components including CO2, enabling the surface to continuously oxidize organic contaminants at the microscopic level.

Finally, we tackled the benefits of nanotechnology in the field of chemistry. In the article “Membrane Allows More Precise Chemical Separation Using Charged Nanochannels,” we highlighted a new type of filter has been designed to allow manufacturers to separate organic compounds not only by their size, but also by their electrostatic charge. The highly selective membrane filters could enable manufacturers to separate and purify chemicals in ways that are currently impossible, allowing them to potentially use less energy and cut carbon emissions.

Next month, R&D Magazine is focusing on technologies that are sustainable and clean, known as “green” technologies. Green technologies are created to mitigate or reverse the effects of human activity on the environment, providing a better future for all.

Check back in March for more on what’s happening within the green technology space in R&D.