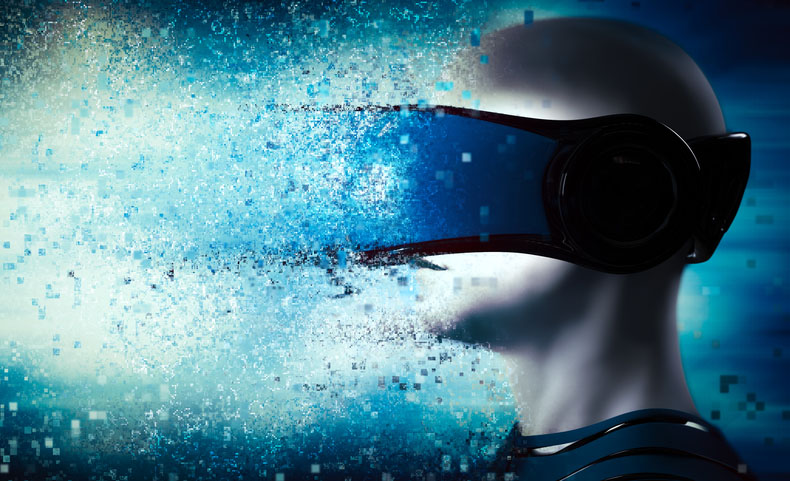 When most people think of virtual reality (VR) they think of a fun, gaming experience, where users play inside a virtual world via an immersive, lifelike computer simulation.

While it is true that there are many entertainment applications for VR, its use is far from limited to gaming.

As VR technology has advanced, its use across non-entertainment verticals has rapidly grown. Today it is utilized in everything from psychology and medicine to education and manufacturing, as well as many more sectors. During the month of August, R&D Magazine highlighted a few of the many notable applications emerging for VR technology.

Pain management is a growing sector for VR applications. For patients experiencing pain too extreme to be alleviated by narcotic drugs, VR can serve as a significant distraction and sometimes even block, or lessen incoming pain signals. In our article, “Virtual “SnowWorld” Helps Burn Victims Cope with Extreme Pain,” we featured a VR environment created specifically for burn victims undergoing wound care and other procedures. Patients playing the game— which features a snowy scene where users score points by throwing snowballs—reported a significant reduction in pain while undergoing wound treatments.

VR also has applications to reduce pain that is too minor for pharmaceutical interventions, but can still cause anxiety. In Virtual Reality Reduces Pain, Anxiety for Kids in Hospitals, we highlighted the Children’s Hospital in Los Angeles, which is using VR to reduce a child’s distress during blood draws and other acute painful medical procedures.

For those that have experienced a stroke, both pain and physical disability can be a challenge to overcome.

The MindMotion PRO, a 3D virtual environment therapy for upper limb neurorehabilitation for victims of stroke, was featured in our article, Virtual Reality Therapy Designed to Help Stroke Patients Recover.

As early as one to six weeks post stroke, patients can use this technology to complete customized interactive exercises in a VR environment. The exercises are designed to stimulate the specific area of the brain damaged by the stroke, encouraging a swifter recovery.

In Virtual Reality for the Treatment of PTSD, we highlighted Dawn Jewell, Ph.D., a psychologist who is using VR tools to help her patients who are suffering from post-traumatic stress disorder (PTSD) return in a virtual setting to the scene of an accident or other location where a traumatic event in their lives may have occurred. In this case, VR works as a form of exposure therapy, and can help patients heal.

Lithodomos VR, is one company that is taking advantage of VR’s potential to improve educational experiences.

The firm is utilizing VR to ‘recreate’ historical archaeological sites like Acropolis in Athens and the Colosseum in Rome, either at the historical site itself to make the experience more immersive, or as an educational tool elsewhere. We featured this exciting technology—referred to as ‘binoculars into the past’—in our article, “Recreating the Past with Virtual Reality.”

Distance is often an obstacle when it comes to training, especially when working with those located in remote countries. In our article, “Startup Harnesses VR to Help Train Surgeons,” we highlighted Medical Realities, a company whose goal is to harness novel VR technology to deliver accessible surgical training videos to anyone in the world. Using VR technology, students and doctors alike have the ability to view and learn from immersive 360 degree viewing of actual operations, through the eyes of the training surgeon.

NASA is another organization embracing VR—along with its sister technology, augmented reality (AR)— to train its engineers and technicians and allow them to virtually test out theories regarding how technology might work in space here on Earth.

In “NASA Explores Virtual Reality Applications,” we reported that Thomas Grubb, an engineer at NASA’s Goddard Space Flight Center, is leading a team to develop six multidisciplinary pilot projects highlighting the potential of VR and AR applications that could be used by NASA in the future. Projects include a 3D simulation of Goddard’s thermal-vacuum chamber to help engineers determine whether all spacecraft components would fit inside the facility before testing begins, and a 3D visualization of space around the sun for mission planning.

Of course, we couldn’t focus on VR without acknowledging at least one up-and-coming entertainment application. In our article, “Virtual Reality Gives Fans Real-Life Experience With NFL Team,” we highlighted a whole new way to experience sporting events. Initially, the Arizona Cardinals NFL football team used VR for player training, giving them a firsthand look at the development of a play that traditional film, often shot from 50 feet in the air, does not.

The initiative was so successful that they decided to bring that experience to their fans, offering them the opportunity to have a VR experience inside the team’s locker room and on the field.

The technology behind VR has been rapidly expanding in recent years, starting with the first prototype of the Oculus Rift in 2010, and followed by next-gen video game developer Valve’s introduction of low-persistence displays in 2013. In our article, “Advancements in Virtual Reality Device Development,” we highlighted a new report from market research firm IDTechEx on the up-and-coming innovations in VR that are moving the field toward even more realistic visuals and better user experiences. Today’s technology has pushed VR even further, and researchers continue to make environments more and more lifelike.

In September, R&D Magazine will continue its special focus series, this time highlighting the many applications of Internet of Things (IoT).

IoT is the inter-networking of “smart” devices, such as those used in homes, offices, and vehicles. These devices are embedded with electronics, software, sensors, actuators, and network connectivity, and can collect and exchange data.

The many applications, as well as the potential risks, of IoT are still being uncovered, making it an exciting area within R&D.