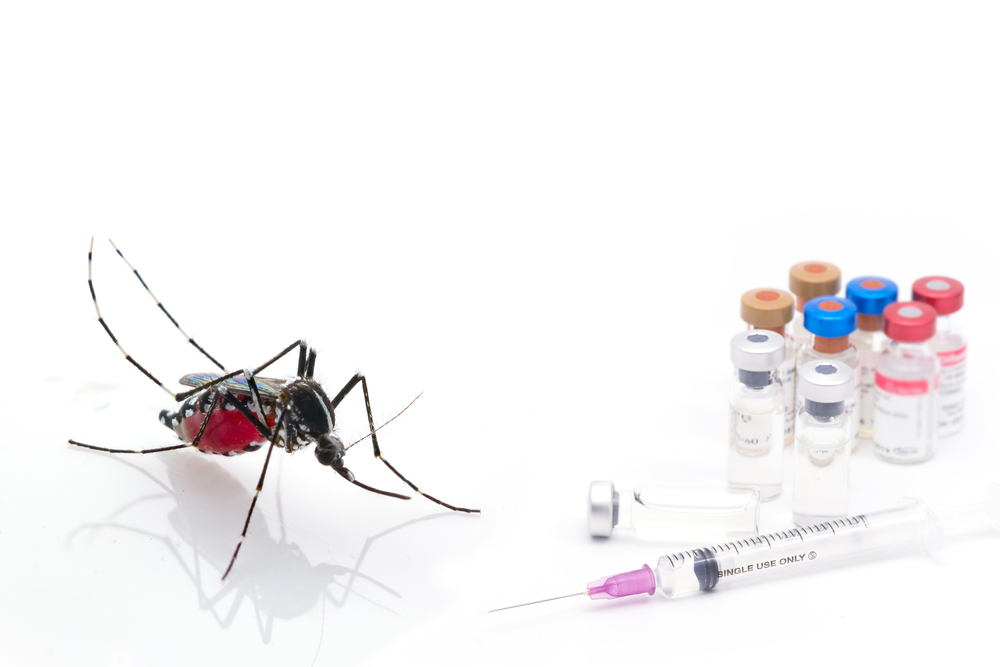 The search for vaccines, treatments and preventive methods against infection by emerging viruses is one of the major challenges of global epidemiology. New pathological agents continue to emerge, such as the arbovirus transmitted by insects (in this case mosquitoes) that causes West Nile fever, named after being identified in Egypt, during the 1950s.

The disease affects thousands of people each year and is asymptomatic in 80% of cases. Roughly one in five infected people develops fever and other symptoms. In fewer than 1% of cases, especially among older people and children, the disease has significant neurological consequences, affecting the central nervous system, causing meningitis, encephalitis, and in extreme cases, an acute paralysis that leads to death. As yet, there are no vaccines against the virus.

First isolated in the West Nile District of Uganda in 1937, the disease did not have much epidemiological relevance until the 1990s. Carried by mosquito-infected migratory birds from Africa, the virus was spread through Europe from France to Russia. It reached North America in 1999 and has caused outbreaks in Canada (1999-2007), the United States (1999-2012) and Mexico (2003). Since then, more than 20,000 cases have been reported in North America, with almost 1,800 deaths.

“West Nile virus hasn’t reached Brazil, but it’s only a matter of time before it does,” said virologist Paolo Zanotto, head of the Molecular Evolution & Bioinformatics Laboratory (LEMB) at the University of São Paulo’s Biomedical Science Institute (ICB-USP) in Brazil. “How long will it take for migratory birds that spend the summer in North America to bring the virus to their winter refuges in Central America? West Nile virus is coming,” said the Brazilian investigator.

Hence the importance of a new study that has just been published, with Zanotto as one of its authors. By confirming that one of the acknowledged lineages of the virus – lineage eight – is not very virulent, the work points to the development of a vaccine within a few years: the relatively mild lineage 8 strains could theoretically “teach” the immune system to defend the organism against all lineages, especially the more widespread lineages 1 and 2, as well as 7, the most virulent.

The article is published in PLoS Neglected Tropical Diseases and is the result of collaboration among virologists at Institut Pasteur de Dakar in Senegal, the University of São Paulo and the Federal University of São Carlos, São Paulo State, Brazil. The study was supported by the Sao Paulo Research Foundation – FAPESP, Brazil’s National Council for Scientific & Technological Development (CNPq) and the European Union.

This immune defense strategy is similar to that used by flu vaccines, which combine the most recent strains of the influenza virus to combat the “flu of the year”, always caused by an emerging strain to which humans have not developed immunity.

Along with his PhD student Nicholas Di Paola, who has a scholarship from FAPESP, Zanotto is one of the authors of the article describing their study of the biological and phylogenetic characteristics of West African lineages of West Nile virus.

The principal investigators for the study were Di Paola and his Senegalese colleague Gamou Fall. Zanotto shared scientific responsibility for the research with Amadou Alpha Sall, scientific director of Institut Pasteur de Dakar.

In this study, three novel genes isolated from samples of the virus collected in West Africa by Di Paola and Fall were sequenced. The genes in question were representative of the most globally widespread lineage (1), the most virulent (7), and the least virulent (8).

Once sequenced, the genes were compared with the 862 West Nile virus gene sequences available from GenBank. Of these, 770 were lineage 1a from the Americas.

To reduce computer processing requirements, all lineage 1a sequences were removed, except for a single representative sequence. The researchers ended up with 95 sequences for phylogenetic analysis. The results included the discovery of two important traits of lineages 7 and 8.

In the case of lineage 8 (the least virulent), they detected substitution of the gene P122S, which induces mutations that may be linked to the lineage’s low replication rate and could, therefore, explain its low virulence.

“This is why lineage 8 would be ideal for a vaccine,” Zanotto said, adding that the development of a vaccine based on a virus with very low virulence would be capable of conferring immunity against the more dangerous lineages 1, 2 and 7 without the risk of producing symptoms of the disease.

In the case of lineage 7, the Brazilian and Senegalese virologists were able to identify a mutation (in gene S653F NS5) that is associated with an increased resistance to interferons, proteins made and released by the immune system’s white blood cells in response to the presence of viruses and other pathogens to interfere with their replication. This mutation could help explain the high virulence of lineage 7.

“With the exception of a single possible accidental infestation, which occurred in vitro in Africa, lineage 7 has never been isolated in humans,” Zanotto said. “But it was devastatingly lethal to mice in laboratory tests.”

International cooperation in the fight against epidemics

The teams of virologists from USP and Senegal have a history of over 20 years of scientific collaboration, established on the basis of joint studies of dengue virus, the notorious Ebola, and more recently, Zika virus.

Outbreaks of these emerging viruses in Brazil and Senegal enabled ICB-USP and Institut Pasteur de Dakar to train professionals and learn the techniques required to become leading institutions in research on arboviruses (viruses transmitted by insects).

This leadership is reflected by the quantity and quality of the research conducted by the two institutions when the Zika outbreak was at its height in 2015. “The Dakar Pasteur and the team from USP published a larger number of relevant scientific papers on the subject in 2015 than even the researchers at the US Centers for Disease Control & Prevention (CDC),” Zanotto said.