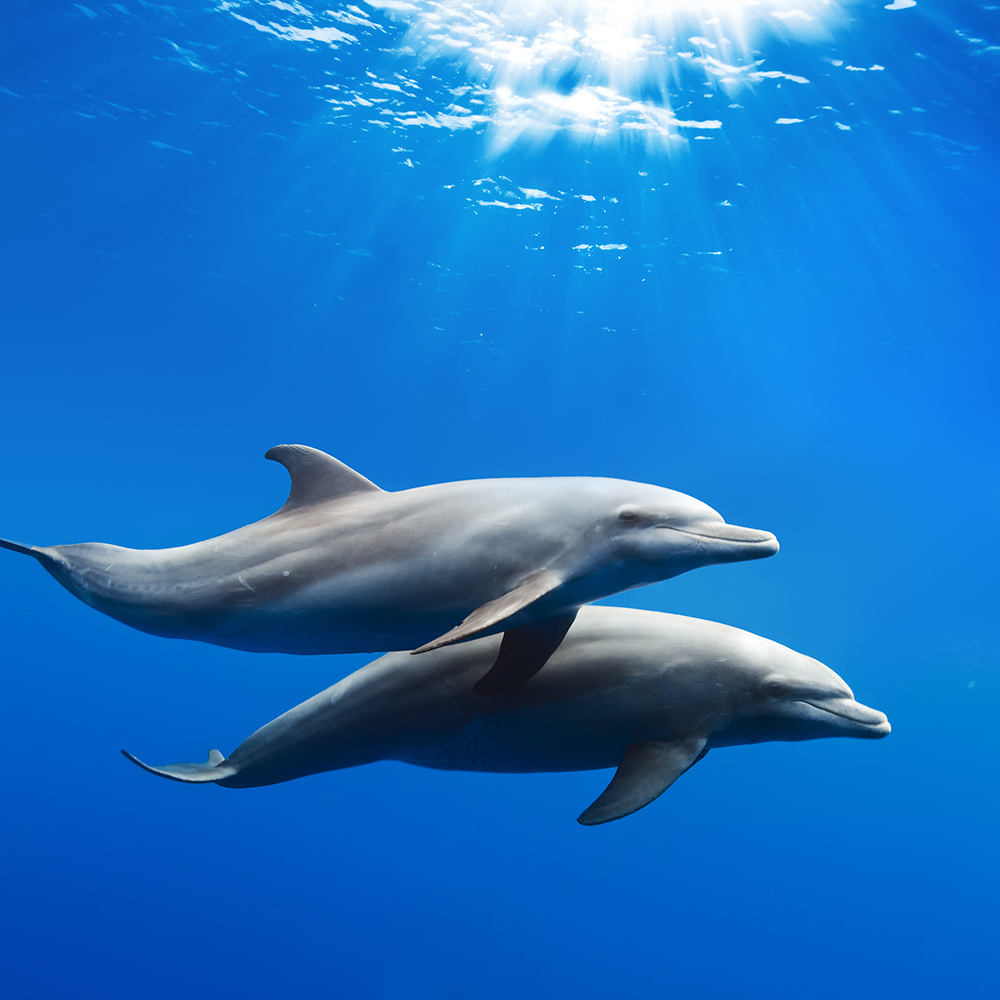 A team of researchers with Russia’s Karadag Scientific Station–Nature Reserve of RAS has used specially developed underwater microphones to capture for the first time what they claim to be a human-like conversation between two Black Sea bottlenose dolphins. In their paper uploaded to the open access site St. Petersburg Polytechnical University Journal: Physics and Mathematics, the team, led by Vyacheslav Ryabov, describe the pulses generated by the sea creatures and why they believe what they heard was an actual conversation.

Humans have suspected for centuries that dolphins have more advanced communications than other animals—tales of their conversational abilities have been reported by sailors from around the globe. More recently, scientists have been listening to sounds the underwater mammals produce and trying to decipher their meaning—some have claimed they have found that certain pulsed clicks and whistles correspond to certain activities or observations, but to date, none have been able to prove that the dolphins actually carry on conversations. In this new effort, the researchers believe they have come close.

To gain a better perspective on dolphin communication, the researchers developed a two-channel hydrophone recording system in the frequency band up to 220 kHz with a dynamic range of 81 dB meant specifically to capture all the sounds produced by a pair of dolphins (named Yasha and Yana) housed in a research pool. They began by recording sounds from just one of the dolphins at a time to match the pulses made to each individual animal—capturing their unique voices. Then they recorded the two animals as they appeared to hold a conversation near the side of the pool. They noted that the animals took turns “speaking” while the other listened—back and forth emitting short pulses of clicks that varied in pitch and volume, which the researchers suggest were similar to words used in human communication—they describe the conversation as eerily reminiscent of two people having a chat.

The researchers were not able to decipher the messages the dolphins relayed to one another, of course, but suggest their recordings indicate that dolphins are able to communicate in a highly developed spoken language.