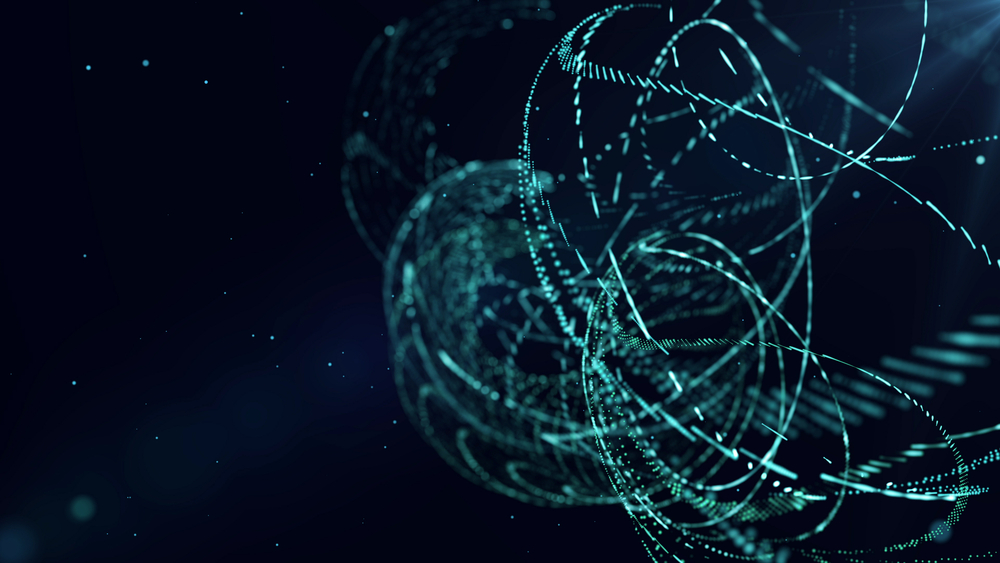 Everyone reacts differently under stress — even the relatively orderly atoms in a crystal. If scientists could get a clear picture of how planes of atoms shift and squeeze under stress, they could make use of those properties to provide emerging technologies, like nanoelectronics and next-generation semiconductor components, with extra speed or functionalities. However, creating this picture requires new techniques for imaging atoms in materials and their behavior in different environments.

In X-ray diffraction, the atoms within a material “scatter” the incoming X-rays, producing a signal on a detector. Because there are so many overlapping diffraction events happening simultaneously, it can be hard to identify the contribution of a particular small region of the lattice to the overall signal. To compensate for this, scientists use a method called Fourier analysis, which essentially converts the overall signal to a series of waves with peaks and valleys that correspond to the relative intensities of various parts of the signal.

However, just doing regular X-ray diffraction only tells part of the story, said lead author and Argonne materials scientist Stephan Hruszkewycz. “In order to really see and understand the strain in real space, you need information on both intensity and the phase,” he said. “What we needed was a trick to retrieve the missing phases of the diffraction pattern.”

Phase can be understood by imagining waves lapping onto the shore after someone throws a handful of rocks into a still pond. Measuring the height of waves at the shore as well as their arrival time could allow you to “watch the wave backwards” by reconstructing the positions and sizes of all the rocks when they hit the water. X-ray detectors, however, only measure the height of the waves; phases, i.e. when the wave reaches the shore, must be recovered by other means.

The trick the authors used comes from ptychography, a technique that is able to recover phase information by using redundant sampling from the same region of the crystal. By shifting the X-ray beam only slightly, and by imaging as much as 60 percent of the same real space between beam positions, the team was able to extract information about the phase.

“In essence, by having a lot of the same information encoded in neighboring samples, it constrains the possible configurations of the crystal in real space,” Hruszkewycz said.

The real advance, however, came not from information gathered through diffraction, but from the positioning of the beam itself. Because the researchers knew exactly where the beam was positioned and the angle at which the crystal’s atomic planes would scatter the X-rays, they were able to extract additional information about how the strain affected the material in three dimensions.

“Most diffraction techniques, including some ptychographic ones, really only give a 2D representation of the sample of interest,” Hruszkewycz said. “This technique also makes fewer requirements in terms of the instrument technology than comparable techniques for generating 3D information about materials.”

An article based on the study, “High-resolution three-dimensional structural microscopy by single-angle Bragg ptychography,” appeared in November in the online edition of Nature Materials.

The work was funded by the U.S. Department of Energy’s Office of Science (Office of Basic Energy Sciences). The researchers used the Hard X-Ray Nanoprobe Beamline, which is operated by Argonne’s Center for Nanoscale Materials at Argonne’s Advanced Photon Source. Both the Center for Nanoscale Materials and Advanced Photon Source are DOE Office of Science User Facilities.

Argonne scientists Martin Holt and Paul Fuoss also contributed to the study, along with researchers from IBM and France.