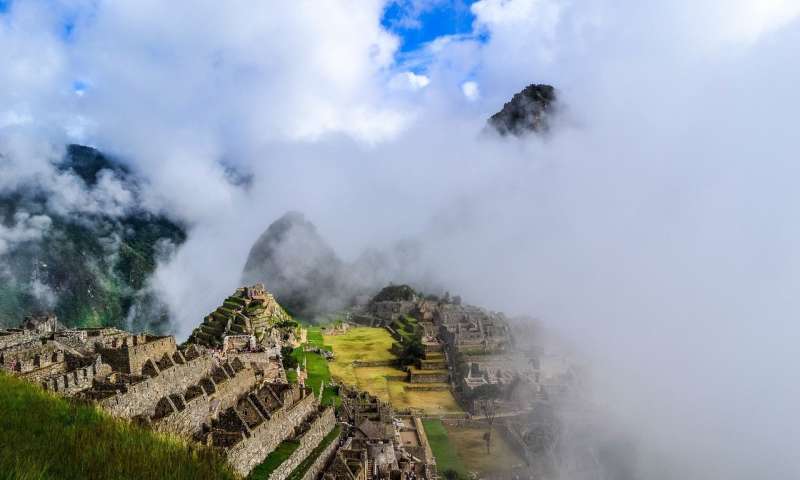 Recent research has suggested that the first people to enter the Americas split into two ancestral branches, the northern and southern, and that the “southern branch” gave rise to all populations in Central and South America.

Now, a study shows for the first time that, deep in their genetic history, the majority—if not all—of the Indigenous peoples of the southern continent retain at least some DNA from the “northern branch”: the direct ancestors of many Native communities living today in the Canadian east.

The latest findings, published today in the journal Science, reveal that, while these two populations may have remained separate for millennia—long enough for distinct genetic ancestries to emerge—they came back together before or during the expansion of people into South America.

The new analyses of 91 ancient genomes from sites in California and Canada also provide further evidence that the first peoples separated into two populations between 18,000 and 15,000 years ago. This would have been during or after migrating across the now-submerged land bridge from Siberia along the coast.

Ancient genomes from sites in Southwest Ontario show that, after the split, Indigenous ancestors representing the northern branch migrated eastwards to the great lakes region. This population may have followed the retreating glacial edges as the Ice Age began to thaw, say researchers.

The study also adds to evidence that the prehistoric people associated with Clovis culture—named for 13,000-year-old stone tools found near Clovis, New Mexico, and once believed to be ancestral to all Native Americans—originated from ancient peoples representing the southern branch.

This southern population likely continued down the Pacific coast, inhabiting islands along the way. Ancient DNA from the Californian Channel Islands shows that initial populations were closely related to the Clovis people.

Yet contemporary Central and South American genomes reveal a “reconvergence” of these two branches deep in time. The scientific team, led by the universities of Cambridge, UK, and Illinois Urbana-Champaign, US, say there must have been one or a number of “admixture” events between the two populations around 13,000 years ago.

They say that the blending of lineages occurred either in North America—prior to expansion south—or as people migrated ever deeper into the southern continent, most likely following the western coast down.

“It was previously thought that South Americans, and indeed most Native Americans, derived from one ancestry related to the Clovis people,” said Dr. Toomas Kivisild, co-senior author of the study from Cambridge’s Department of Archaeology.

“We now find that all native populations in North, Central and South America also draw genetic ancestry from a northern branch most closely related to Indigenous peoples of eastern Canada. This cannot be explained by activity in the last few thousand years. It is something altogether more ancient,” he said.

Dr. Ripan S. Malhi, co-senior author from Illinois Urbana-Champaign, said: “Working in partnership with Indigenous communities, we can now learn more about the intricacies of ancestral histories in the Americas through advances in paleogenomic technologies. We are starting to see that previous models of ancient populations were unrealistically simple.”

Present day Central and South American populations analysed in the study were found to have a genetic contribution from the northern branch ranging between 42% to as high as 71% of the genome.

Surprisingly, the highest proportion of northern branch genetics in South America was found way down in southern Chile, in the same area as the Monte Verde archeological site—one of the oldest known human settlements in the Americas (over 14,500 years old).

“It’s certainly an intriguing finding, although currently circumstantial—we don’t have ancient DNA to corroborate how early this northern ancestral branch arrived,” said Dr. Christiana Scheib, first author of the study, who conducted the work while at the University of Cambridge.

“It could be evidence for a vanguard population from the northern branch deep in the southern continent that became isolated for a long time—preserving a genetic continuity.

“Prior to 13,000 years ago, expansion into the tip of South America would have been difficult due to massive ice sheets blocking the way. However, the area in Chile where the Monte Verde site is located was not covered in ice at this time,” she said.

“In populations living today across both continents we see much higher genetic proportions of the southern, Clovis-related branch. Perhaps they had some technology or cultural practice that allowed for faster expansion. This may have pushed the northern branch to the edges of the landmass, as well as leading to admixture encounters.”

While consultation efforts varied in this study from community-based partnerships to more limited engagement, the researchers argue that more must be done to include Indigenous communities in ancient DNA studies in the Americas.

The researchers say that genomic analysis of ancient people can have adverse consequences for linked Indigenous communities. Engagement work can help avoid unintended harm to the community and ensure that Indigenous peoples have a voice in research.

“The lab-based science should only be a part of the research. We need to work with Indigenous communities in a more holistic way,” added Schieb, who has recently joined the University of Tartu’s Institute of Genomics, where Kivisild also holds an affiliation.

“From the analysis of a single tooth, paleogenomics research can now offer information on ancient diet and disease as well as migration. By developing partnerships that incorporate ideas from Native communities, we can potentially generate results that are of direct interest and use to the Indigenous peoples involved,” she said.