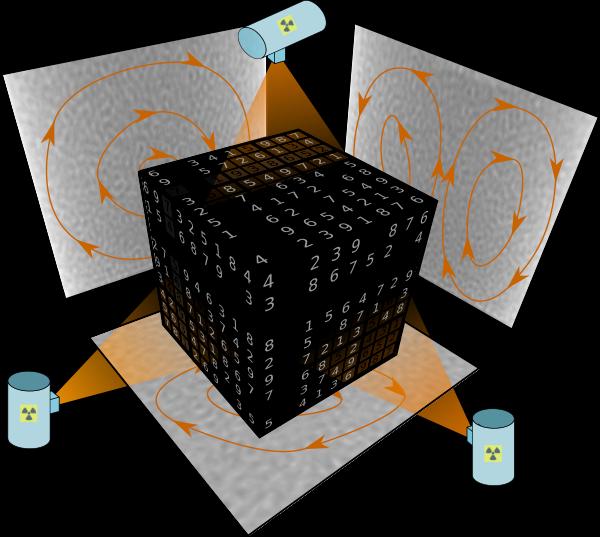 When strolling along the beach, our footprints tell us that the sand under the surface must have moved but not precisely where or how. Similar movements occur in many other natural and man-made substances, such as snow, construction materials, pharmaceutical powders, and even cereals.

To examine these largely unknown granular movements, academics from the Sydney Centre in Geomechanics and Mining Materials (SciGEM) including Professor of Civil Engineering, Itai Einav and Postdoctoral Research Associate, Dr James Baker have developed a new X-ray method which allows scientists to see inside granular flows. Named X-ray rheography, or “writing flow”, their approach gathers information using 3-point high-speed radiography, and then assembles this information by solving a Sudoku-style puzzle.

“Imagine coffee in grinders, rice in silos, and minerals on conveyors – for a long time we’ve known that the grains hidden within the bulk move, but until now we have not understood precisely how. Our X-ray rheography is the first physical method to resolve this,” explained Professor Einav.

This breakthrough is the latest to arise from the team’s “DynamiX” laboratory, a unique, custom-built facility that was established in 2015 to investigate flowing granular media. The laboratory consists of a large lead-lined X-ray room, with three movable source-detector pairs to allow interrogation of numerous different experiments, and an external control room.

The new X-ray rheography technique has the ability to form a three dimensional image of moving grains, which has helped the researchers better understand how particles flow and behave in various circumstances. In many examples they have found that granular media tends to flow in unique patterns and waves.

“Unlike fluids, we discovered that confined, three-dimensional steady granular flows arise through cycles of contraction and expansion, à la ‘granular lungs’. Again, unlike fluids, we also found that grains tend to travel along parallel lines, even near curved boundaries.

Experimenting with various granular materials, the team also found that shape is an important factor in determining flow, for example elongated barley grains move faster than their spherical counterparts. In other situations, different types of grains may have a tendency to group together, or “segregate”, much like when emptying a cereal box.

The researchers’ findings can be applied to a number of industries, such as helping develop better silo solutions for edible grains, preventing wastage and spoilage in both farming and large scale food manufacturing, as well as more efficient transportation and storage of mining resources.

“Until now, understanding granular movements in opaque materials has long been a challenge for many industries such as engineering, science, mining and even agriculture,” explained Dr James Baker.

“The potential benefits span many areas, whether it be in understanding the mixing of pharmaceutical powders or the efficient transport of food grains or construction materials.”

Professor Einav hopes that his team’s creative approach in using a game of logic to answer a long misunderstood scientific issue may help rethink other research approaches, “We have successfully applied a novel approach to an ongoing issue – so we must ask how other games can help us make further breakthroughs?”