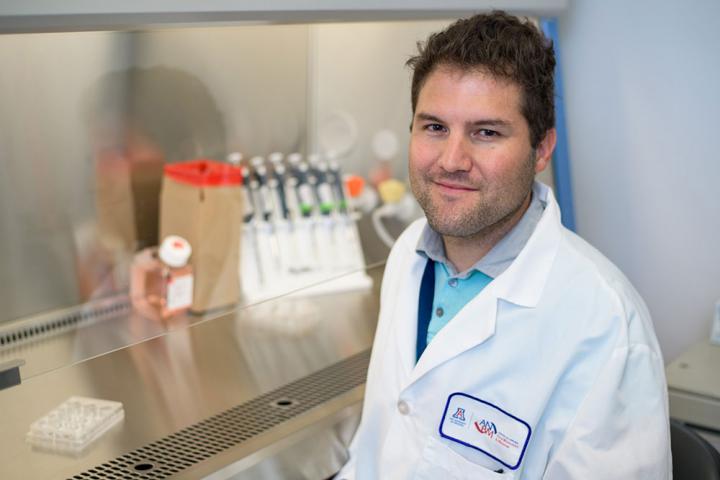 Researchers at the University of Arizona College of Medicine – Phoenix are attempting to create a better diagnostic test for radiation exposure that potentially could save thousands of lives.

Jerome Lacombe, PhD, an assistant professor and researcher at the UA Center for Applied NanoBioscience and Medicine, recently published a peer-reviewed study in the Public Library of Science journal PLOS ONE.

His study compiled a list of genes reported to be affected by external ionizing radiation (IR), and assessed their performance as possible biomarkers that could be used to calculate the amount of radiation absorbed by the human body.

“In the case of a nuclear event, a lot of people can be radiated,” Dr. Lacombe said. “That is why it’s so important that we can quickly and accurately assess the absorbed radiation so we can give patients the proper medical treatment as fast as possible.”

Dr. Lacombe hopes to develop a radiation test that is less labor intensive and takes only two days for results.

“If you have thousands of people and only two days to screen everyone, it would be almost impossible to do this with the current exposure test,” Dr. Lacombe said. “With immediate care and the right diagnostics, people could have a better chance of survival.”

Although many studies have tried to correlate gene expression after radiation exposure, their sample sizes have been small because of expense and the time it takes to test the genes. By combining 24 studies, Dr. Lacombe and his team investigated a large data set using a standardized data extraction method and various statistical algorithms to find a list of robust candidate biomarkers.

This marks the first time a team has combined all these biomarkers and attempted to run a diagnostic assay to determine radiation exposure, Dr. Lacombe said.