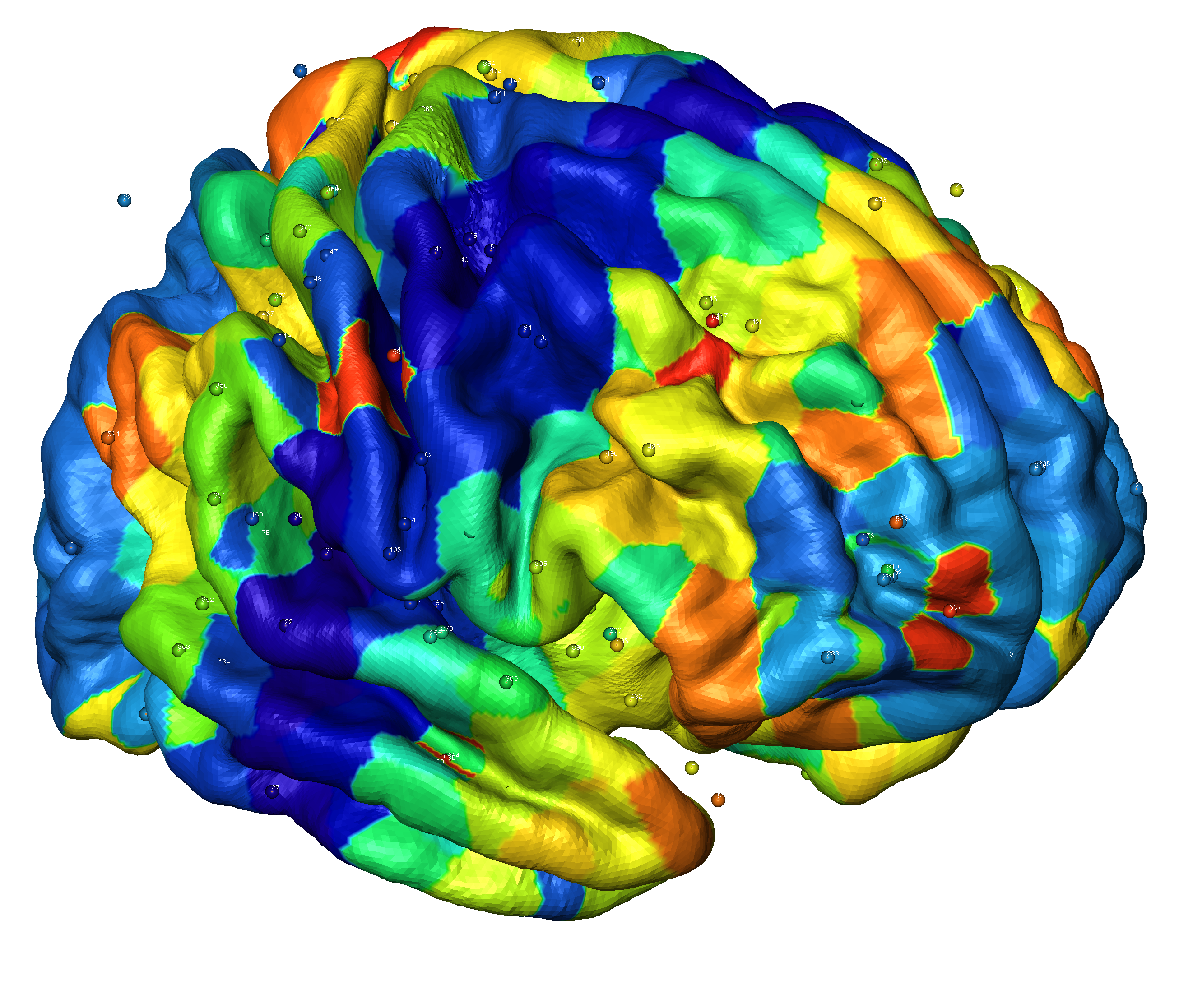 Despite considerable individual variability in the size and folding patterns of the cortex, the overall organizational patterns seem highly consistent. Credit: Qian Peng and colleagues

The highly consistent anatomical patterning found in the brain’s cortex is controlled by genetic factors, reports a new study by an international research consortium led by Chi-Hua Chen of the University of California, San Diego, and Nicholas Schork of the J. Craig Venter Institute, published on July 26 in PLOS Genetics.

The human brain’s wrinkled cerebral cortex, which is responsible for consciousness, memory, language and thought, has a highly similar organizational pattern in all individuals. The similarity suggests that genetic factors may create this pattern, but currently the extent of the role of these factors is unknown. To determine whether a consistent and biologically meaningful pattern in the cortex could be identified, the scientists assessed brain images and genetic information from 2,364 unrelated individuals, brain images from 466 twin pairs, and transcriptome data from six postmortem brains. They identified very consistent patterns, with close genetic relationships between different regions within the same brain lobe. The frontal lobe, which has the most complexity and has experienced the greatest expansion throughout the brain’s evolution, is the most genetically distinct from the other lobes. Their results also suggest potential functional relationships among different cortical brain regions.

These analyses reflect one of the first attempts to assess the relationship between biological patterning in the brain and the genetic phenomenon responsible, using very different types of data. Attempts to identify the specific genetic variants underlying the potentially complex and polygenic effects observed by the scientists, will likely require very large-scale studies. Chen says: “Despite considerable individual variability in the size and folding patterns of the cortex, the overall organizational patterns seem highly consistent. Our study shows that genetic factors are likely to be important for laying down this basic cortical patterning. The challenge for the future work will be to identify these specific genetic variants.”