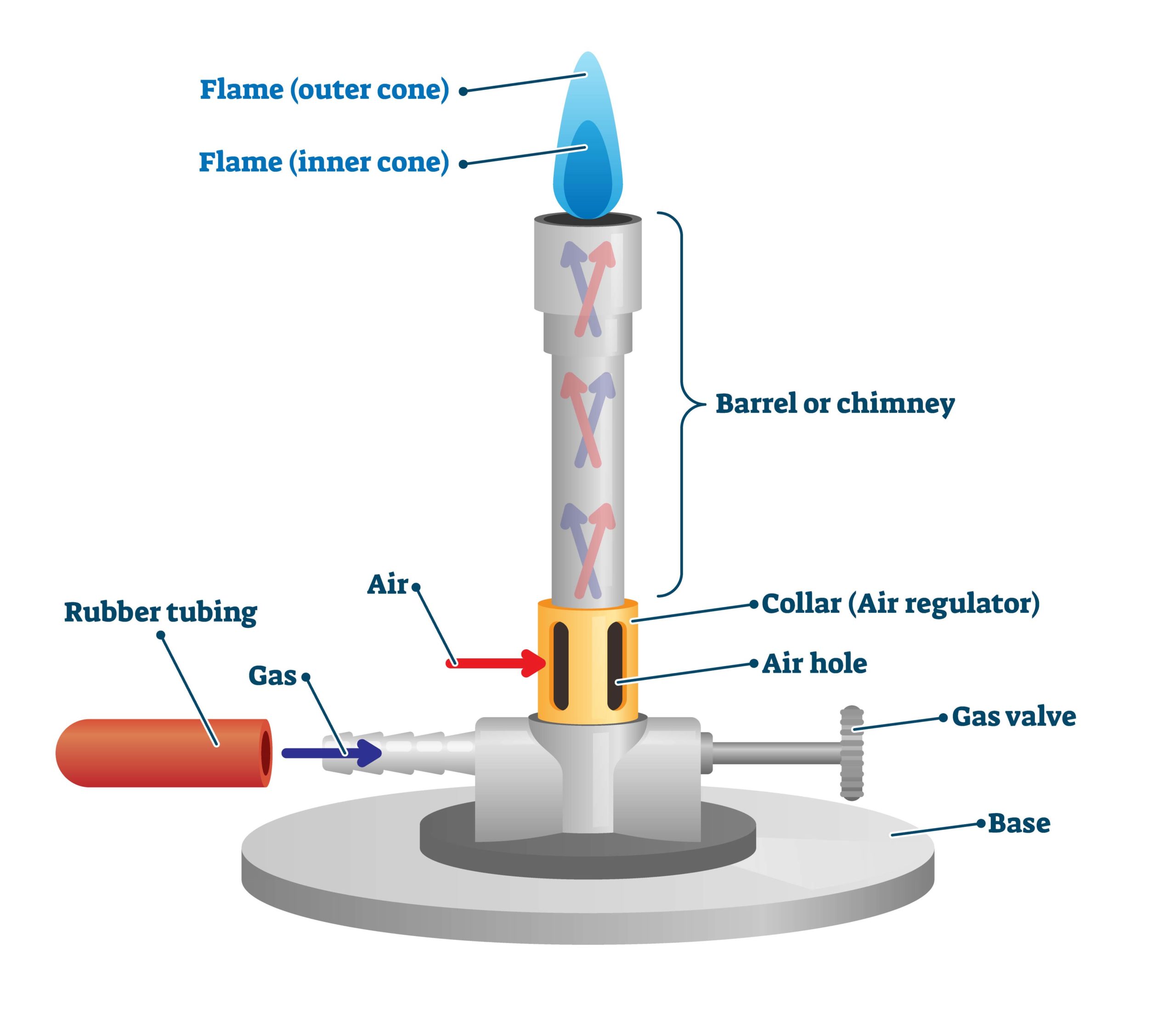 A Bunsen burner is a type of gas burner commonly used as a heat source in laboratory experiments. The burner consists of a flat base with a straight tube extending vertically, known as the barrel or chimney. Natural gas (predominantly methane) or a liquified petroleum gas such as propane or butane is supplied at the bottom of the chimney.

Air is drawn into the air hole due to the Venturi effect. A fluid flow transfers energy in three ways, potential energy, pressure and kinetic energy. Bernoulli’s principle states that, due to conservation of energy, a change in velocity must result in either a change in the potential energy or a change in the fluid’s pressure. When a fluid flow increases in velocity, normally it is the pressure which decreases. Because the gas in a Bunsen burner is flowing through the chimney, it has a lower pressure than the static air surrounding it. This difference in pressure causes air to be drawn into the air hole as the gas flows past it, a phenomenon known as the Venturi effect.

As the air hole is opened the flame progresses from an unsteady orange flame to a more steady orange, a steady purple and finally a roaring blue flame. This progression results in increasing flame temperature. The unsteady orange flame produced when the air hole is completely closed is highly visible and of lower temperature. This safety flame is, therefore, used for lighting and as the default position when the Bunsen burner is not in use.